Ukrainian and American companies signed an agreement for the supply of blanks in 2020. According to the agreement, in 2021 the Ukrainian plant was to manufacture 16 liners and disks for the Turkish nuclear power plant with a total weight of 577.6 tons. 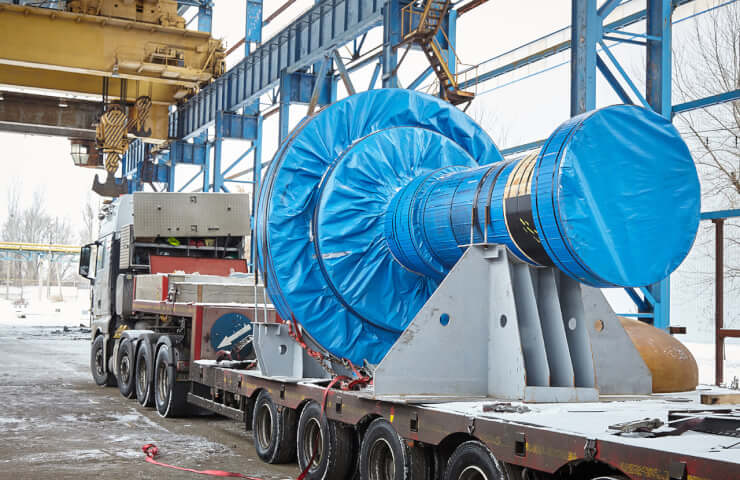 Energomashspetsstal (EMSS, Donetsk region, Ukraine) has completed the manufacture and shipment of rotor shaft shanks and disks of a low-pressure turbine module for the Akkuyu nuclear power plant under construction in Turkey.

The contract for the supply of two low-pressure rotors and a high-pressure rotor for the 4th power unit of Akkuyu NPP was signed with General Electric Steam Power in 2020.

In total, by order of an American company, Energomashspetsstal manufactured 16 liners and disks with a total weight of 577.6 tons.

“This is the largest project for our company,” said Oleg Khanin, Head of the NPP Products Sales Department of Energomashspetsstal PJSC. – These forgings are unique in terms of manufacturing technology and image for our company.”

In December 2020, the specialists of PJSC Energomashspetsstal mastered a new technology for the manufacture of shanks and disks of low-pressure rotors, which allowed General Electric to successfully pass the qualification and start mass production of products.

In 2021, PJSC Energomashspetsstal shipped more than 18,000 tons of various types of products to customers. As in 2020, the main deliveries of goods were carried out for export.

General Electric is an American diversified corporation, a manufacturer of various types of equipment, including power plants (including nuclear reactors), locomotives, gas turbines, aircraft engines, medical equipment, digital cameras and much more. Since 2016, the company has been headquartered in Boston, Massachusetts (USA).

The Akkuyu NPP is being built in Turkey on the Mediterranean coast in the province of Mersin. The project provides for the construction of four power units with a capacity of 1200 MW each. The estimated life of the Akkuyu NPP is 60 years with the possibility of extension.