The money received by Rinat Akhmetov and Vadim Novinsky is planned to be spent on the restoration of the Ukrainian metallurgical plants of the Metinvest group and the resumption of steel production in Mariupol. 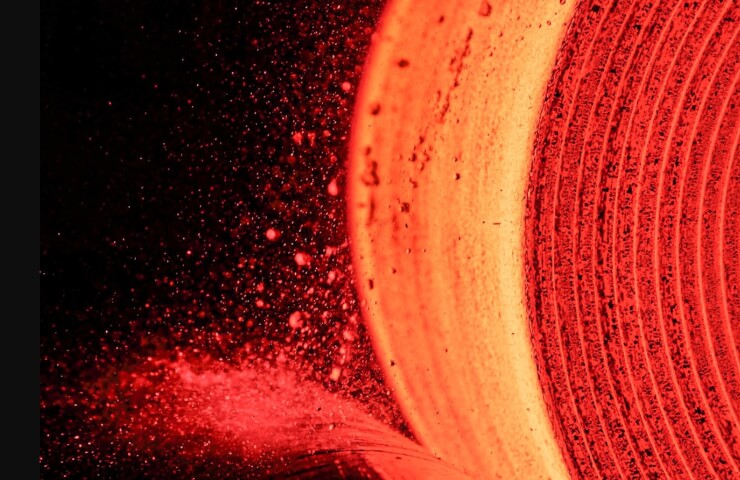 Netherlands mining and metals group Metinvest B.V. (Metinvest) intends to receive compensation from Russia for the enterprises destroyed as a result of the war and direct it to the development of Ukrainian assets. Yuriy Ryzhenkov, CEO of the company, spoke about this on the Ian King Live program on Sky News in the UK.

“We are confident that we must receive full compensation for losses from the Russians and reinvest it in Ukrainian factories in order to resume them job,” the top manager said.

According to him, the company is actively helping Ukraine defend itself against attacks by the Russian armed forces. Metinvest buys and supplies the army with cars, armored vehicles, thermal imagers, walkie-talkies, etc. In addition, the group supplies a large amount of equipment and equipment needed by the Ukrainian Defense Forces in the field.

“From the first days of a full-scale invasion, both of our shareholders (Rinat Akhmetov and Vadim Novinsky) decided that the company should support the Armed Forces Ukraine. Therefore, in addition to using our equipment to create a line of defense, we have developed new methods for the production of armored steel, which is now used in bulletproof vests,” Ryzhenkov said.

Answering the question of what major Metinvest assets are currently operating in Ukraine, the general director stated that there are currently two metallurgical plants in operation: one in Zaporozhye, the other in Kamianske. Both of them are now working, their capacities are loaded by about 50-60%. The company can produce armored plates, steel shelters, etc.

As for the group's foreign assets, they experienced some difficulties at first, mainly due to the fact that the work was assigned to semi-finished products from Azovstal.

“Since then, we have diversified the sources of supply of semi-finished products. For example, here in the UK, slabs are now supplied by British Steel, ThyssenKrupp. In Italy it is ADI. We have found various suppliers who can provide us with the necessary volumes,” Ryzhenkov said.

Metinvest is a vertically integrated group of mining and metallurgical enterprises. The group's enterprises are located mainly in the Donetsk, Luhansk, Zaporozhye and Dnipropetrovsk regions.

The main shareholders of the holding are Rinat Akhmetov's SCM group (71.24%) and Vadim Novinsky's Smart Holding (23.76%), jointly managing it.

Финансовая аналитика, прогнозы цен на сталь, железную руду, уголь и другие сырьевые товары. More news and analytics on Metallurgprom telegram channel - subscribe to get up-to-date market information and price forecasts faster than others.
Сomments
Add a comment
Сomments (0)
On this topic
Metinvest will increase salaries at the company's Ukrainian plants from March 1
Rinat Akhmetov will pay a billion hryvnia to strengthen the defense capability of Ukraine
Metinvest does not abandon plans to produce "green" steel in Mariupol - CEO
Metinvest intends to invest another $ 413 million in environmental projects in Ukraine
Metinvest to spend about $30 billion on steel production decarbonization
The Metinvest expects growth in demand for steel products in Ukraine by 3% in 2020
Recommended:
The United States refused to comply with the decision of the WTO on tariffs on steel and aluminum
ArcelorMittal invests $120m in US green steel company
JSW Steel, ArcelorMittal and NLMK may buy two Liberty Steel plants in Belgium
News Analytics
EU Green Deal should encourage investment in mild steel projects: Eurofer02-02-2023, 16:32
Belarusian steel plant to operate at full capacity from February02-02-2023, 16:56
British Steel considers cutting up to 1,200 jobs at Scunthorpe02-02-2023, 11:50
Electric vehicles will play a key role in US aluminum production growth - Norsk01-02-2023, 12:17
The former president of Motor Sich was accused of aiding terrorists01-02-2023, 11:39
European stainless steel producers ready to raise prices31-01-2023, 16:16
S&P: Russia will continue to dominate the steel export market in the Black05-01-2023, 11:22
Fitch Analysts Predict Big Drop in Global Steel Consumption This Year14-12-2022, 13:59
Analysts predict 5% annual growth in the iron casting market through 203006-12-2022, 12:44
Commodity prices will fall, metals quotes will rise slightly - Focus Economics28-11-2022, 13:28
Sign in with: