According to the Association Agreement between Ukraine and the EU, Ukraine has undertaken to bring its legislation in the field of environmental protection and climate change in line with EU legislation. 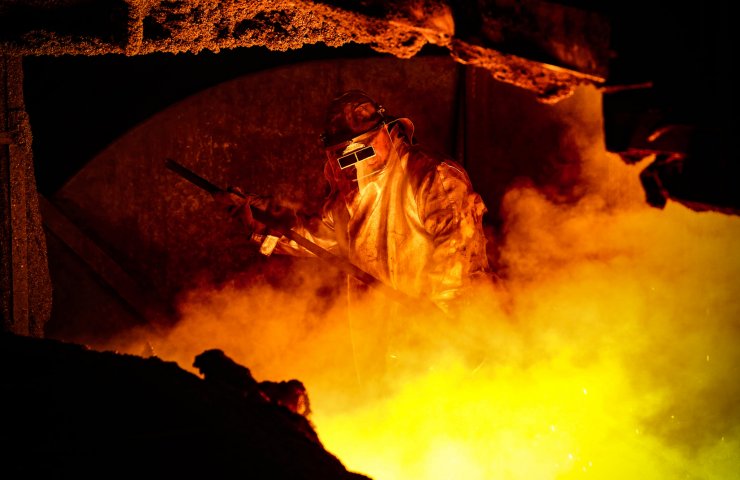 The Dutch mining and metallurgical holding Metinvest of Ukrainian billionaire Rinat Akhmetov and People's Deputy Vadim Novinsky has invested more than $ 344 million in environmental projects in Ukraine over the past 10 years and intends to invest another $ 413 million in them by 2025, the company's CEO said Yuri Ryzhenkov speaking at the international conference Steel Success Strategies (New York, USA), which is taking place this year online.

According to him, since 2017, the cost of CO 2 has grown significantly and in the future, the control over carbon dioxide emissions will be further tightened. Some players are already looking for new strategic ways to create value by reducing the cost of CO 2 emissions, in particular by using direct reduction steel (DRI) technologies and using hydrogen as a reducing agent.

In turn, Ukraine has achieved the most significant reduction in CO2 emissions in Europe. At the same time, the introduction in Europe of a carbon emissions regulation mechanism (CBAM, adoption of the European Green Deal Investment Plan - IF) is a new challenge for EU trade and industry.

The top manager noted that Metinvest is following all developments related to CBAM in the EU and intends to present its vision of CBAM to the European Commission as part of the ongoing public consultations. According to Metinvest, the current rolling enterprise model benefits the EU market and should not be discriminated against under CBAM.

The CEO also said that the company is actively conducting digitalization of processes, pilot projects demonstrate the potential and challenges of digitalization in the conditions of Metinvest. In particular, the use of mathematical models for planning the coal-coke-pig iron chain made it possible to optimize the coal charge, taking into account the influence of the quality of the produced coke, for further use in blast furnaces. As a result, the cost of coal charge decreased by 1.7%, or about $ 20 million per year.

The use of artificial intelligence methods to control the thermal balance of blast furnaces has reduced the silicon content in cast iron by 0.15 percentage points. - from 0.65% to 0.50%, and the savings amounted to $ 30 million per year.

Answering a question from the agency Interfax-Ukraine about the problem of the outflow of qualified personnel abroad, in particular to Poland, which Ukrainian enterprises have recently faced, Ryzhenkov noted that Metinvest was perhaps one of the first industrial enterprises that created a full-fledged program aimed at retaining highly qualified employees in the company, and successful results of such actions have already been achieved.

“The peak churn of key technologists from our assets in 2017 was up to 25% per year, today we have stabilized it at no more than 8-9%. This means that we no longer lose key knowledge and have a controlled renewal of the team, ”the agency's online interlocutor stated.

According to him, the company has implemented a comprehensive program: it revised the remuneration and motivation policy, introduced tools that allowed us to involve all our staff in reducing costs and increasing the operational efficiency of the business. In addition, the main focus is on the safety, comfort and working conditions of employees.

Answering the question about the activities of the group in the direction of digitalization and automation of logistics processes, the CEO noted that a number of digital projects are currently being implemented.

“In logistics, we focus on the tasks of optimizing and automating business processes using ERP systems. We pay attention to the efficient use of our own transport and interaction with our carriers. For example, by the end of the year we are planning to optimize the distribution of applications for railway transportation between operators. And for the distribution of vehicles, we use our own effective online platform for holding tenders. We are automating the process of tracking wagons and observing the delivery time of raw materials to companies and goods for our customers, ”Ryzhenkov said, adding that innovations are also being introduced into document flow, most of the documents have already been transferred to EDI (electronic data interchange) and the group is actively participating in the Ministry of conversion to electronic waybill (CMR). For the automation of commercial warehouses, SAP EWM is being tested, which already uses QR-coding, an electronic queue of trucks, management through the application.

Concerning the issue of toughening environmental requirements, the top manager recalled that according to the Association Agreement between Ukraine and the EU, Ukraine has undertaken to bring its legislation in the field of environmental protection and climate change in line with EU legislation. Climate change Y