Global crisis on the steel market has come to Ukraine: Metinvest group developed an action plan that will help the company to overcome difficult economic situation with minimum losses. 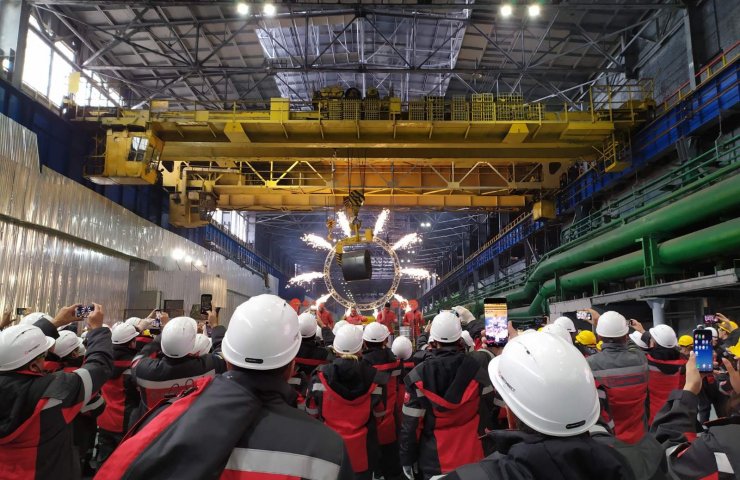 Dutch mining and metallurgical holding with assets in Ukraine Metinvest B.V. (Metinvest) said about the crisis on the steel market and the disappointing forecasts regarding future steel prices. In this regard, the company of Rinat Akhmetov and Vadim Novinsky has developed measures to optimize costs, which will help the company to overcome the "difficult economic situation with minimum losses".

In particular, Metinvest was forced to cut investment program 2019. The company will suspend the implementation of certain projects, in addition to critical, provided technology strategy, and projects with significant environmental impact, the report said the group, which is in the possession NV Business.

the company will also conduct an optimization aimed at reducing permanent and administrative costs.

"On mass reductions on the production of the question: the optimization measures raised in the first place, administrative staff and management company. In the beginning of 2020 will be reduced to 30% of the administrative staff," the report said, with the clarification that Metinvest is developing a joint programme with the city authorities for the employment of its employees.

the company Also will suspend the employment of staff existing jobs and limit the set of people in place of employees who took the decision to dismiss, with the exception of critical professions. In addition, there will be reduced spending on travel, stopped updating the fleet.

"the steel industry is cyclical, so Metinvest group, considers the current crisis as a temporary phenomenon. Implementation of the plan in combination with operational improvements will allow the Group to maintain the maximum number of jobs and to ensure the stable operation of their enterprises", — assured in the group.

we will Remind that in January of 2016 due to the lower cost of metal in world markets, Metinvest also announced a reduction of up to 30% of administrative staff and other activities to optimize costs.

Metinvest is an international vertically integrated mining and metallurgical group of companies. The structure of the group consists of mining and metallurgical enterprises in Ukraine, Europe and USA and has sales network in major regions of the world. By the end of 2018 Metinvest received about 1.2 billion net profit. In the first half of 2019 group net profit decreased by 39% compared to the same period last year, to 408 million dollars.

Main shareholders Metinvest B.V. (Metinvest) are a group of "SCM" Rinat Akhmetov (71,24%) and "Smart holding" Vadim Novinsky (from 23.76%), partnering in company's management. Group head office is located in the Hague, the Netherlands.

Финансовая аналитика, прогнозы цен на сталь, железную руду, уголь и другие сырьевые товары. More news and analytics on Metallurgprom telegram channel - subscribe to get up-to-date market information and price forecasts faster than others.
Сomments
Add a comment
Сomments (0)
On this topic
Vadim Novinsky was informed about corruption schemes in strategic energy companies
Vadim Novinsky's key asset strategy will be supervised by a Russian top manager
Rinat Akhmetov has said that it expects the Ukrainian authorities a level playing field and fair
Kherson shipyard accepted for modernization two dry cargo vessels of the Dutch EEMS Werken
International Steel Committee says gloomy outlook for market
The EU report: Implementation of reforms continues to bring together the EU and Ukraine
Recommended:
China's crude steel production in 2022 falls for the second year in a row
Europe's passenger car market records its worst year since the turn of the century
S&P: Russia will continue to dominate the steel export market in the Black Sea region
News Analytics
War in Ukraine to accelerate world economy transition to clean energy - BP30-01-2023, 11:49
ArcelorMittal invests $120m in US green steel company30-01-2023, 11:11
The United States refused to comply with the decision of the WTO on tariffs on29-01-2023, 20:08
China remains the world leader in shipbuilding with a 50% share of new shipyard29-01-2023, 12:35
Prices for metal products in Ukraine increased by 26% last year29-01-2023, 12:06
S&P: Russia will continue to dominate the steel export market in the Black05-01-2023, 11:22
Fitch Analysts Predict Big Drop in Global Steel Consumption This Year14-12-2022, 13:59
Analysts predict 5% annual growth in the iron casting market through 203006-12-2022, 12:44
Commodity prices will fall, metals quotes will rise slightly - Focus Economics28-11-2022, 13:28
Platinum market to face shortage next year - WPIC22-11-2022, 18:25
Sign in with: