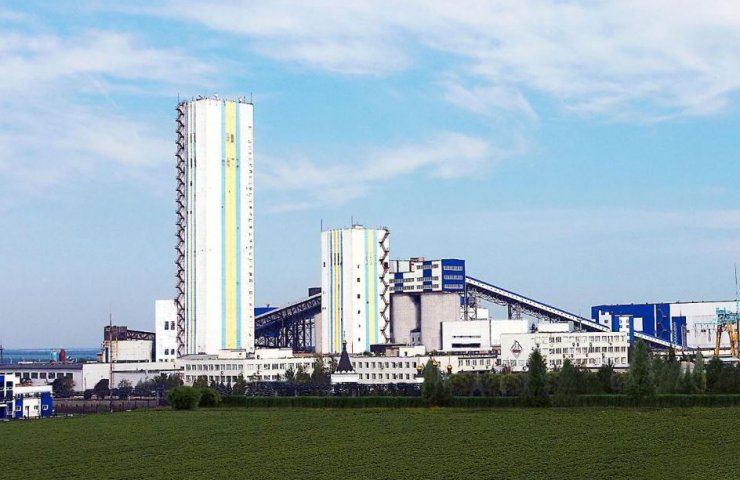 According to the company's message in the information disclosure system of the National Securities and Stock Market Commission with reference to the information received on March 3 from Metinvest B.V. information, on March 2, 2021, the company entered into an agreement for the sale and purchase of a share in the authorized capital of Industrial Koal Holding LLC (ICH), according to the results of which Metinvest BV, taking into account the number of shares owned by him and his affiliates as of the date of the conclusion of these agreements, will become (directly and indirectly) the owner of a controlling stake in PJSC "SHU " Pokrovskoye ".

"After the fulfillment of the above agreements, Metinvest B.V. (together with affiliated persons) will directly and indirectly own 67.28% of the authorized capital of PJSC " ShU "Pokrovskoye ", - stated in the information of the enterprise.

On October 1, 2020, the group received approval from the Antimonopoly Committee of Ukraine (AMCU) in relation to gaining control over individual enterprises that are part of the Pokrovsky coal business. According to the terms of the AMCU's approval, the transaction must be completed within a year after the date of approval.

The AMCU allowed Metinvest to acquire Industrial Koal Holding LLC (ICH), PJSC Mine Management Pokrovskoe, LLC Enrichment Factory Svyato-Varvarinskaya and LLC Shakhtostroitelnaya company". The Committee granted this permission to Metinvest following the consideration of four cases of concentration, which are a single transaction, as well as permission to purchase LLC Mine "Svyato-Pokrovskaya No. 3 ", LLC "Uglepromtrans ", LLC "Svyato-Ilyinsky Machine-Building Plant ", PJSC "Automobile Enterprise " Ukrbud "and " Mine Construction Department No. 1 ". At the same time, the AMCU has established a number of conditions for the issuance of permits.

It was also reported that the Metinvest group in August 2018 officially announced the purchase for approximately $ 190 million up to 24.99% of the shares of several Ukrainian assets, which include enterprises from the Donetskstal group engaged in mining , coal preparation and sale.

In turn, Fintest Trading Co Limited (Cyprus), the holding company of the "Donetskstal " group, sold 40.847688% of the PJSC "Mine Administration " Pokrovskoe "(Donetsk region, formerly the mine " Krasnoarmeyskaya-Zapadnaya No. 1), and 57.2927% of the shares of this enterprise were transferred from PJSC "Donetskstal " - Metallurgical Plant "to ICH.

"Metinvest " is a vertically integrated mining group of companies that manages assets at every link in the production chain: from iron ore and coal mining and coke production to the production of semi-finished products and final products from steel, rolled pipes and coils, as well as the production of other products with high added value. The group consists of mining and metallurgical enterprises located in Ukraine, Europe and the USA and has a sales network covering all key world markets.

The main shareholders of Metinvest are SCM Group (71.25%) and Smart Holding (23.75%), jointly managing the company.

Recommended:
A large ore tanker was built in China for a South Korean company
Novokramatorsk Machine-Building Plant has raised wages for the second time since the beginning of the year
NKMZ began construction of a unique bridge ore grab reloader
On this topic
Metinvest concentrates 100% of shares in Severny GOK
"Metinvest " with affiliated companies became the owner of 100% of "Zaporozhogneupor " shares as a
"Metinvest " will redeem all 2021 Eurobonds for $ 115.3 million and 2023 Eurobonds for $ 193.2
Carriage works of Sergei Tigipko will issue bonds with a rate of 14% per annum
Steel production growth at Metinvest plants in the first quarter amounted to 30%
Metinvest has completed the acquisition of approximately 73% of the shares DCHS
Add a comment
Сomments (0)
News Analytics
Three European delegations visited the Mariupol commercial port in two days22-04-2021, 14:23
ArcelorMittal is the best employer in the MMC of Ukraine in 2021 - research22-04-2021, 14:28
US pledges to halve emissions by 2030 as part of renewed fight against global22-04-2021, 14:52
ArcelorMittal Raises Hot Rolled Steel Prices in Europe Above € 1,000 /Ton22-04-2021, 13:24
Chinese subway cars begin operational tests in Chicago22-04-2021, 13:44
Global hydrogen demand to grow 7-fold by 2070 - PwC21-04-2021, 12:31
World Steel Association predicts a good year for metallurgists15-04-2021, 18:19
World Steel Association defines green steel and its variations12-04-2021, 13:14
China unlikely to cut steel capacity in 2021 due to high steel prices07-04-2021, 12:11
Scrap metal market at the beginning of April02-04-2021, 11:10
Sign in with: