Tata Steel joined the project of construction of European hyperloop

the Concept of Elon musk about the "Hyper-loop" for dealing with congestion might have caused the most skepticism from analysts. However, in different regions of the world hyperloop will soon work as one of the means of transport. 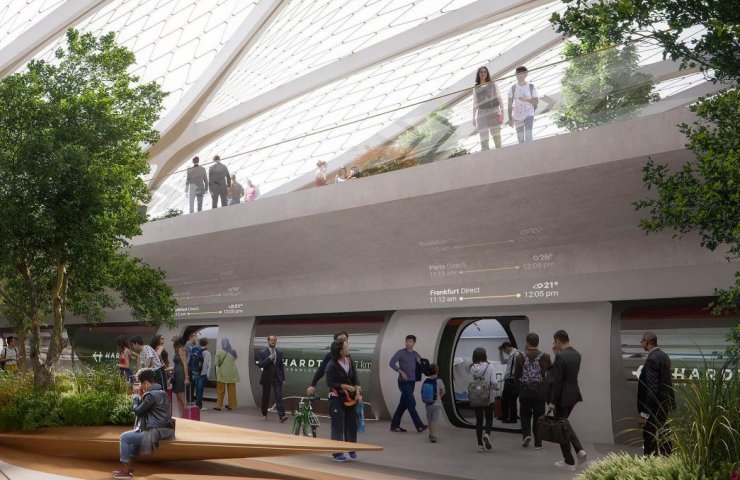 Hardt Hyperloop was founded by an engineer from the Netherlands Tim Hauter. In the Dutch startup say that they were able to enlist the support of major partners, including Railways operator Deutsche Bahn and Indian steel company with assets in Europe, Tata Steel.

"We have been very pleased with HardtGlobal in the creation of the first in Europe hyperloop! This system will use steel and advanced technology to create efficient, safe and sustainable alternatives to long distance transport", - reported in Twitter Tata Steel< / span>.

We're so excited to be collaborating with @HardtGlobal in the creation of Europe's first #hyperloop system! This system will use advanced steels and technologies to create an efficient, safe and sustainable alternative for long distance transport #steelmatters pic.twitter.com/mqrNlGq2Lp

recently said that in connection with the market situation will be forced to cut 3,000 jobs in Europe.

Commercial Director Hardt Hyperloop mark gese stressed that the development of technology in Europe should be dealt with at the supranational level, but also required support of individual States.

"Our test is transporting the goods on the test track, which allows you to test all existing technologies, but not at high speed. We are also in the process of creating a European Center of technology of Hyperloop. By 2022 it will be possible to reach the speed of 700 km/h in a pipe with smaller diameter – 2.5 km.

This system is already being used for freight. Moreover, we are currently working with all stakeholders in Europe on the concept of the pilot route, which could be operational by 2028," he said.

However, the world's first hyperloop soon work in India, where I came from Tata Steel< / span>. In August, the government of Maharashtra gave the "green light" construction system vipralopa in India, which will be the first in the world this kind of the transport line.