Interpipe became the first manufacturer in the post-Soviet space to become a certified supplier of railway wheels for Deutsche Bahn. 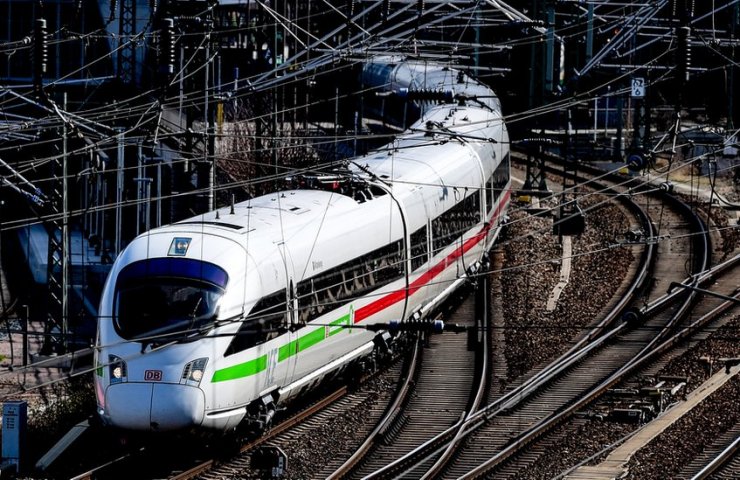 The Ukrainian industrial company Interpipe has carried out the first delivery of passenger railway wheels for high-speed trains of the national German railway operator, Deutsche Bahn.

INTERPIPE has been cooperating with Deutsche Bahn for a long time and managed to establish itself as a reliable partner. Moreover, the company is one of the leaders in the European market in the segment of railway wheels for freight cars. According to the company, two out of three freight wagons in Europe already run with Ukrainian wheels. In addition, Interpipe has already supplied wheeled products for commuter passenger transport.

Passenger railway wheels for high-speed trains are a high-precision complex product. To reduce the load on the rails from friction with the wheels, strict requirements are imposed on their plasticity indicators, as well as to the strength characteristics and design in terms of geometric parameters: they must have holes in the disc and a final bore of the hub.

Interpipe R&D specialists have successfully coped with the task, having developed the entire production technology - from design of the structure and chemical composition to the finished wheel.

Thus, Interpipe became the first manufacturer in the post-Soviet space to enter the Champions League - the European market for passenger wheels for high-speed trains - and become a certified supplier of such a product for Deutsche Bahn.

- This is a very important order and a great opportunity to be included in the list of suppliers for high-speed passenger transport. In the European market, very stringent requirements are imposed on such products, and, as a rule, carriage building and car repair companies prefer already proven suppliers. The successful completion of this order for Deutsche Bahn opens up new perspectives for the Interpipe railway division.

Interpipe is a Ukrainian industrial company, manufacturer of seamless pipes and railway wheels. The company's products are supplied to more than 80 countries around the world through a network of sales offices located in the key markets of the CIS, the Middle East, North America and Europe. In 2019, Interpipe sold 798 thousand tons of finished products, including 203 thousand tons of railway products. Railway products are sold under the KLW brand.

Финансовая аналитика, прогнозы цен на сталь, железную руду, уголь и другие сырьевые товары. More news and analytics on Metallurgprom telegram channel - subscribe to get up-to-date market information and price forecasts faster than others.
Сomments
Add a comment
Сomments (0)
On this topic
Interpipe has mastered a new type of railway wheels for Deutsche Bahn passenger trains
Interpipe reduced sales of pipe and railway products in 2020
Deutsche Bahn trains will start operating at 265 km /h from August
Ukrzaliznytsia plans to purchase Swiss trains Stadler FLIRT by the end of 2022
The price of electricity for Ukrainian metallurgists turned out to be twice as high as for French
Ukrzaliznytsia will buy 100 passenger cars without a tender for the "negotiation
Recommended:
Turkey in January-July increased imports of pig iron by 46.7%, tripling purchases in Russia
IREPAS: The global long products market is in a "dramatic situation"
The European Commission plans to create a European hydrogen bank with a budget of 3 billion euros
News Analytics
Ukrainian court invalidated sale of Ferrexpo Plc shares in 200222-09-2022, 12:45
EU Commission not doing enough to save aluminum industry - associations21-09-2022, 11:07
Steel market in Europe expects big production cuts due to weak demand20-09-2022, 11:13
Ford warns investors to cut car deliveries due to parts shortages20-09-2022, 10:43
The price of lithium resumes insane growth after Elon Musk's remarks20-09-2022, 10:54
China production cuts in winter will give limited boost to steel markets -15-09-2022, 10:09
Steel prices may rise as manufacturers stop production11-09-2022, 14:06
IREPAS: The global long products market is in a "dramatic situation"10-09-2022, 20:49
Steel prices are unlikely to rise significantly in the near future - analysts02-09-2022, 22:58
Steel prices may move up on new data from China31-08-2022, 12:19
Sign in with: