Kate Middleton and Prince William posed in front of cameras in helmets and working clothes in the hot rolling shop of metallurgical plant Tata Steel< / span>. 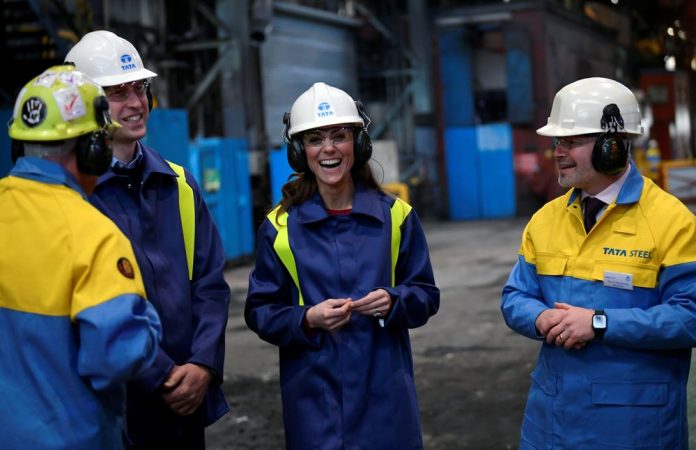 the Duke and Duchess of Cambridge visited the steel plant of Indian companies Tata Steel< / span> to Port Talbot (Wales, UK). This was reported in the Tata Steel < / span>on the company's page on Twitter.

Always a pleasure to welcome members of the Royal Family to our sites! We have such fond memories of past royal visits, including Her Majesty the Queen. Today the Duke and Duchess of Cambridge visited Port Talbot to show their support. #steelmatters ? pic.twitter.com/gNllrgmbGI

"it's Always nice to welcome members of the Royal family in our factories! We have such pleasant memories of past Royal visits, including the visit of Her Majesty the Queen. Today, the Duke and Duchess of Cambridge visited Port Talbot to show their support", - stated in the message.

Kate and William visited the mill, as well as local training center. trip was the first official visit of the Duke and Duchess after the country's withdrawal from the European Union on 31 January, and the British press emphasized that they paid attention to the local industry. 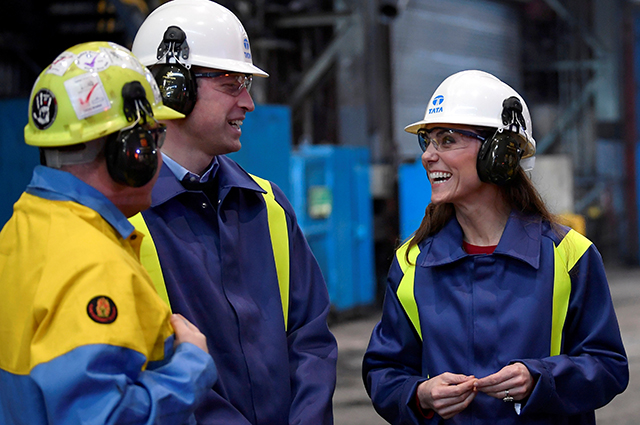 Recall that in early January the Chairman of Tata group said that his company "can't be a situation where India continues to lose funding" at its steel plant in Port Talbot.

In November Tata Steel has announced plans to cut 3,000 jobs across Europe after in June the European Commission blocked the planned merger of assets with the German steel producer Thyssenkrupp due to problems with the competition.

the Duke and Duchess of Cambridge attended the ceremony of the BAFTA awards held in London on 3 February. 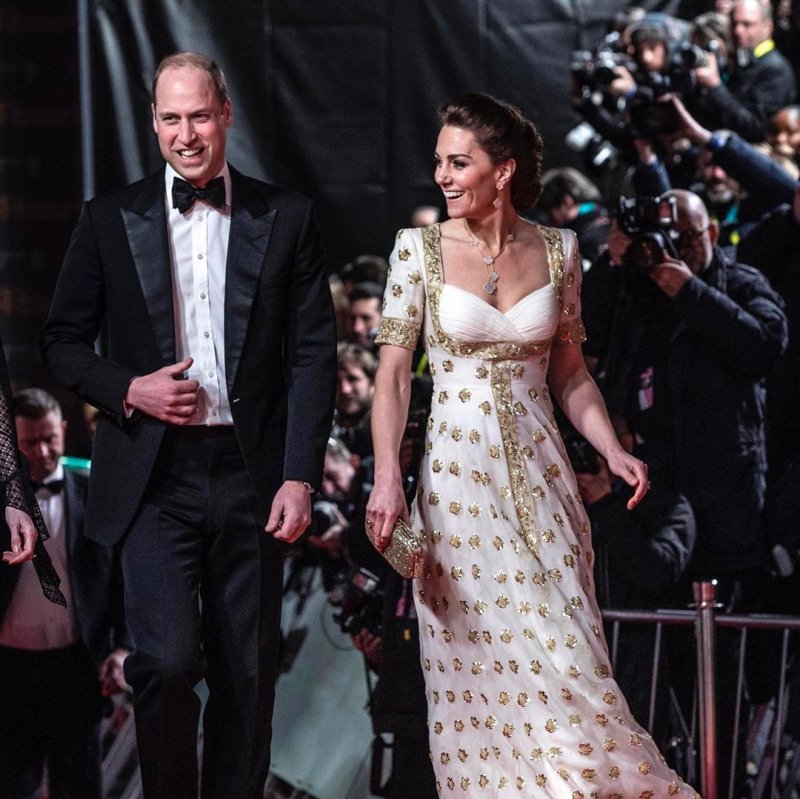 Kate Middleton was in a white floor-length dress by British brand Alexander McQueen. The outfit was decorated with gold stripes. The quality of the Shoe is the wife of Prince William chose a shiny stiletto heel from Jimmy Choo in tone. Her image was complemented by a necklace and earrings French brand Van Cleef & Arpels, and a gold clutch bag from Anya Hindmarch.

Финансовая аналитика, прогнозы цен на сталь, железную руду, уголь и другие сырьевые товары. More news and analytics on Metallurgprom telegram channel - subscribe to get up-to-date market information and price forecasts faster than others.
Сomments
Add a comment
Сomments (0)
On this topic
Tata Steel joined the project of construction of European hyperloop
Steel companies from the EU and South Korea will jointly develop steel for Hyperloop
Tata Steel commented on reports of mass layoffs in Europe
The deficit in Britain: the Brits are stocking up before Brexit
Eurofer is proud of its support of the new industrial strategy of European Union
Chinese Jingye company completed the acquisition of the assets of British Steel and is ready to
Recommended:
The pipe metallurgical plant in Nikopol continued to work after a short stop
Platinum market to face shortage next year - WPIC
Volvo starts deliveries of electric trucks made of fossil-free steel
News Analytics
China's iron ore output to rise in 2023 as new projects are launched30-11-2022, 18:10
"Centravis" agreed to supply a new batch of seamless pipes to a30-11-2022, 16:51
Metinvest enterprises in Ukraine resumed work after massive shelling of29-11-2022, 11:59
The European Council added the violation of restrictive measures (sanctions) to28-11-2022, 14:22
The abolition of export duty in India may reduce the price of Turkish steel28-11-2022, 14:07
Commodity prices will fall, metals quotes will rise slightly - Focus Economics28-11-2022, 13:28
Platinum market to face shortage next year - WPIC22-11-2022, 18:25
Global steel demand falls and will fall by 2.3% in 2022: WorldSteel19-10-2022, 23:12
Iron ore prices fall to 11-month low15-10-2022, 10:36
China production cuts in winter will give limited boost to steel markets -15-09-2022, 10:09
Sign in with: