In the first phase of the energy reform in DTEK was held unbundling company distinguished the functions of production, distribution and supply of electricity, creating in each direction is a separate company. 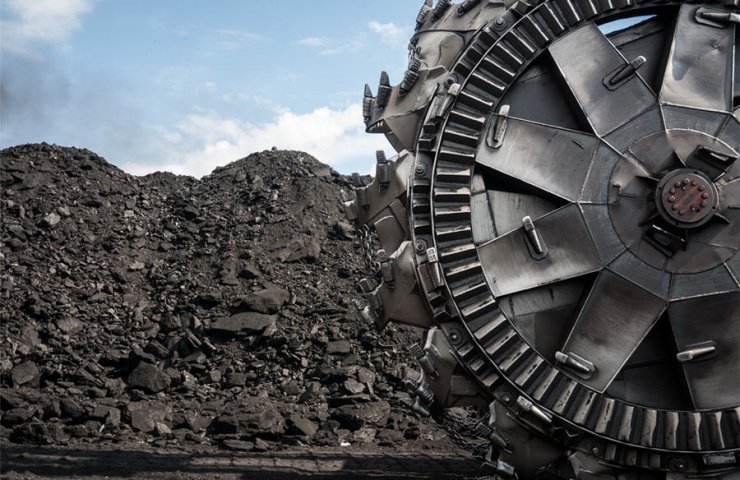 For the 9 months of 2019 group is Rinat Akhmetov's DTEK produced 18.2 million tons of coal, which is 8.9% less compared to the same period last year (APPG) and 1 billion 224,7 million cubic meters of natural gas (1.6 million% yoy) in connection with the overhaul of wells and implementation of measures to intensify production on existing wells.

On fall in coal influenced by the fact that DTEK Pavlogradugol production reduced by 9.2%, or 1 million 366,3 thousand tons. The company maintains high levels of productivity – 107,6 tons per person per month, noted the company.

"DTEK Energo implements a comprehensive program to increase the share of domestic coal brand "G" in the fuel balance of power plants to minimize the use of anthracite. 20 532,4 million kWh – electricity production from coal to gas in the reporting period. This has reduced the share of electricity from hard coal in the total volume of production to 8.9% (for 9 months of 2018 to 12.0%)", - reported the company.

"We see high interest of investors to Ukraine. They like the mood to continue the structural changes in the country, and they are willing to support it. One of the evidences of our successful placement of debut issue of Eurobonds green. The event put on the world capital market, the Ukrainian green energy and has become a benchmark for the industry, – said General Director of DTEK Maxim Timchenko, commenting on the company's performance for 9 months of 2019. – Now we have created a benchmark in the retail electricity market by introducing brand YASNO. We set ourselves the task to provide the European level of service, so you'll have a lot of work to change business processes and approaches to working with clients. Today, structural changes are needed to the whole Ukrainian energy sector, in which the state and market participants will be jointly responsible for the result. This will give the opportunity to be a full participant in the European market".

DTEK is the largest private investor in the energy sector of Ukraine. 100% company owned by SCM Limited. The ultimate beneficiary is Rinat Akhmetov.

Recommended:
Elon Musk has the permission of the US authorities to resume the work of Tesla in terms of quarantine
The group "AVTOVAZ" reduced sales of cars three times compared to last year
China will extend anti-dumping duties on steel pipe from the United States and the European Union
On this topic
Fitch reversed the default DTEK energy Rinat Akhmetov
The fall in steel prices has reduced the foreign currency proceeds to the budget of Ukraine
"Metinvest" has maintained a quarterly steel production
Мировое производство стали в сентябре сократилось на 0,3%
Машиностроение остается локомотивом роста промпроизводства в Донецкой области
Сколько должен платить за электричество гражданин Украины?
Add a comment
Сomments (0)
News Analytics
В ДТЭК заявили об изношенности украинских электросетей на 70%26-05-2020, 09:59
The Dnieper metallurgical plant restarts steelmaking25-05-2020, 20:32
AvtoKrAZ auctioned25-05-2020, 20:05
"Energomashspetsstal" has successfully mastered the technology of casting of25-05-2020, 20:01
The tax claims to metallurgists for transactions with scrap metal is absurd –24-05-2020, 11:43
American steelmakers are faced with an unexpected problem associated with the14-05-2020, 09:09
Relying on the incentives, Chinese steelmakers increase production30-04-2020, 10:20
The rapid recovery of the steel market in China leads to a drop in iron ore22-04-2020, 13:11
Platts: steel Market of China will not be able to recover until the second half20-04-2020, 12:25
Express analysis of the steel market in the new economic environment: companies06-04-2020, 12:51