A Ukrainian court allowed the arrest of Konstantin Zhevago, the owner of Ferrexpo

the Court allowed the arrest of the former MP who is suspected of embezzlement of one of the banks of Ukraine, reported in the Prosecutor General of the country. 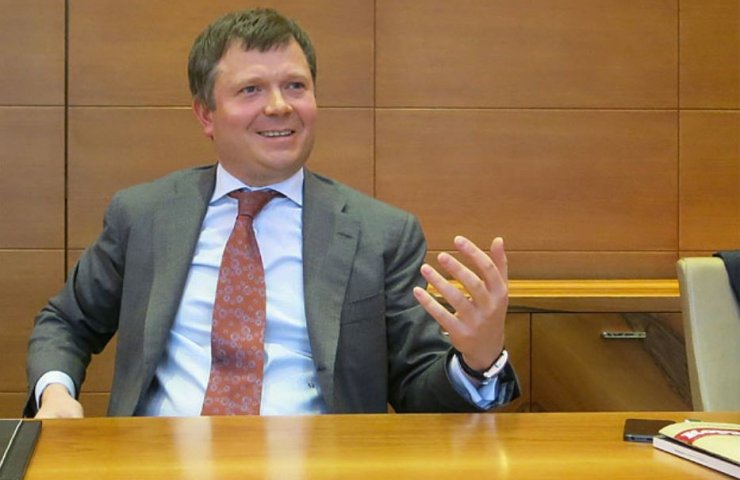 the Court allowed the Prosecutor General of Ukraine in absentia arrested the former owner of the Bank Finance and credit Konstantin Zhevago.

the Investigating judge granted the petition, supported by the attorney General's office of Ukraine on election of a measure of restraint in the form of detention former people's Deputy of Ukraine of III-VIII convocations, who is suspected of embezzlement of property of one of the banks of Ukraine and the legalization (laundering) of incomes obtained in a criminal way in especially large size (part 3 of article 27, part 5 of article 191, part 3 of article 209 of the criminal code of Ukraine), said in message the Prosecutor General's office.

"In connection with a systematic failure to appear on the preliminary investigation, he declared in the international search and the investigating judge granted permission for its detention", the report said.

this ruling of the court about election of a measure of restraint in the form detention is the basis for the detention of the suspect beyond the borders of Ukraine and the issuance of such person to the competent authorities of Ukraine.

In Prosecutor's office reminded that the owner Ferrexpo suspected of involvement in the embezzlement of funds of the Bank, where he is the beneficial owner of $ 2.5 billion.

the pre-trial investigation in the specified criminal proceedings carried out by the State Bureau of investigation for procedural guidance of the Prosecutor General of Ukraine.

September 27, Konstantin Zhevago announced in absentia on suspicion. He has denied all charges. In a press-service Ferrexpo previously soobshilithat he is on treatment abroad.

October 1, Shevchenko district court of Kiev made the decision on collecting from Zhevago 1,539 billion hryvnia in favor of the National Bank of Ukraine in the repayment of debts of Bank "Finance and Credit" for previously granted refinancing loans.

October 11, detectives NAB said the ex-people's Deputy about suspicion in a false Declaration. According to the investigation, in 2015-2016 Zhevago did not declare the presence of financial commitment for 10 million, in 2017 — more than 9 million.

All this has led to a significant drop in the shares of mining company Ferrexpo, majority shareholder of which he is. At the end of October Zhevago temporarily left the post of Director of the company.

Ferrexpo plc is a Swiss company specializing in commodity trade and production of iron ore in Ukraine. Trading office is located in London, where he is listed on the London stock exchange and is a constituent of the FTSE 250 index.

Recommended:
Mariupol plants for the first time in history started to ship slabs to Odessa by sea
District court of Kyiv imposed a new restriction for 50.3% of Ferrexpo Poltava Mining
In Eurofer said about the futility of new protective measures on EU steel market
On this topic
Ferrexpo announced the appointment of a new Treasurer
A new lawsuit for "Gazprom": what does "Naftogaz" in the Stockholm arbitration?
The highest anti-corruption court issued its first sentence
Konstantin Zhevago has resigned as CEO of Ferrexpo due to issues in Ukraine
Народные депутаты предложили расследовать поставки энергоносителей в Украину
Ferrexpo опровергает сообщения о юридическом преследовании Константина Жеваго
Add a comment
Сomments (0)
News Analytics
ArcelorMittal Kryvyi Rih is building a new blade with strict observance of08-07-2020, 19:29
Strategy of defense in space07-07-2020, 10:49
AVTOVAZ predicts the fall of the Russian car market by 20-25%06-07-2020, 16:52
Novokramatorsky Mashinostroitelny Zavod re-entered the market of coke chemical06-07-2020, 16:50
DMK exceeded the plan of sales in June, shipping of metal less than a year ago06-07-2020, 16:35
Steel prices in southern Europe are rising, despite weak demand23-06-2020, 10:54
Analysts expect strong demand growth for steel in China10-06-2020, 11:57
Global steel consumption in 2020 will be reduced by 6.4% - Worldsteel04-06-2020, 13:53
American steelmakers are faced with an unexpected problem associated with the14-05-2020, 09:09
Relying on the incentives, Chinese steelmakers increase production30-04-2020, 10:20
Sign in with: