According to the company's calculations, until 2030, production will be carried out at 6 out of 10 mines of DTEK Pavlogradugol. During this period, it is planned to produce more than 140 million tons of coal. 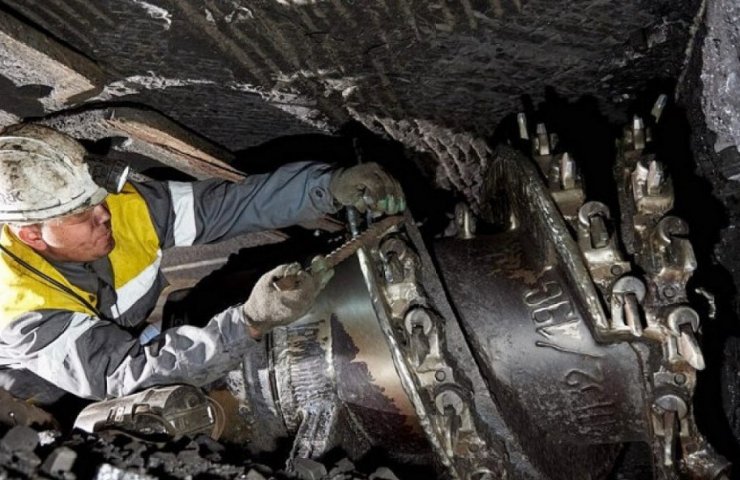 CJSC DTEK Pavlogradugol plans to produce more than 140 million tons of coal by 2030, General Director of the enterprise Sergey Voronin said at a press conference in Pavlograd on Friday, March 12.

He also expressed confidence that for at least another ten years, thermal power plants, as the most flexible generation, will remain the most important link in the Ukrainian energy system, and they will need domestic coal.

“Even with a decrease in electricity generation by TPPs, our mines have prospects for development and full-fledged work as part of DTEK Energo at least until 2030. We are planning to invest nearly 30 billion hryvnia in production. These funds will be spent on the purchase and overhaul of mining equipment and on the implementation of projects to improve the culture of production and the level of safety. Thanks to investments, we plan to produce more than 140 million tons of coal by the end of 2030, ”emphasized Sergei Voronin.

According to the General Director of CJSC DTEK Pavlogradugol, production will be carried out by six mines, and four, currently operating, will be decommissioned due to the depletion of reserves. The mines named after M.I. Stashkov and Blagodatnaya, and a few years later also Stepnaya and Yubileinaya. Employees of the enterprises that are being closed will be offered new jobs at other DTEK mines.

According to Sergei Voronin, DTEK is already starting work on a program for a fair coal transformation of Western Donbass, which will allow the region to develop when Ukraine stops producing high-carbon fuel within the framework of the green course.

“Due to decarbonization, mines will be closed in a few decades, and we are already starting to work on creating alternative directions for the development of the region to coal. The same mines, which will be closed in the near future, can become sites for the creation of new business areas and new jobs. Our company is the only one at the moment that is engaged in real actions to transform coal regions. Now we are starting work on a program for economic diversification of Western Donbass, ”said Sergei Voronin.

As reported , Ukraine is developing a State Program for the Transformation of Coal Regions, which provides for a complete abandonment of the coal industry until 2030.

Recommended:
The first hydrogen bus may appear in Moscow in one or two years
Ukrzaliznytsia announced the prevention of a "large-scale accident" on the railway
The capacity of the domestic steel market in Ukraine in January-March decreased by 6.38%
On this topic
At CorumExpo presented the first Ukrainian harvester for coal mining in ultra-thin seams
Donbasenergo alleges blackmail on the part of Donetskoblgaz and the possible collapse of the
How the reform of the electricity market in Ukraine can lead to a collapse and what to do about it
Stopped nuclear power plants and mines. What's going on in the energy sector of Ukraine?
DTEK because of the crisis in the energy sector stopped the largest coal producing company in
DTEK Energo counted the number of jobs lost due to imports of Russian electricity
Add a comment
Сomments (0)
News Analytics
The capacity of the domestic steel market in Ukraine in January-March decreased19-04-2021, 10:33
In Russia, there is an exuberant demand for agricultural machinery19-04-2021, 10:24
Iran is satisfied with the reaction of the world community to 60% enrichment of18-04-2021, 13:24
Gas prices in Ukraine have reached a record value over the past two years -16-04-2021, 17:24
Ukrmetallurgprom asks the Antimonopoly Committee to allow Metinvest to bid for16-04-2021, 17:23
World Steel Association predicts a good year for metallurgists15-04-2021, 18:19
World Steel Association defines green steel and its variations12-04-2021, 13:14
China unlikely to cut steel capacity in 2021 due to high steel prices07-04-2021, 12:11
Scrap metal market at the beginning of April02-04-2021, 11:10
Rising Chinese Prices Fueled Rising Global Steel Prices - MEPS25-03-2021, 18:54
Sign in with: