Earlier today at a briefing for journalists the Minister of energy and environmental protection Alexey Orgel said that his Department considering the change of the management and Supervisory boards of all strategic companies, including NJSC "Naftogaz of Ukraine" and "Ukrenergo". 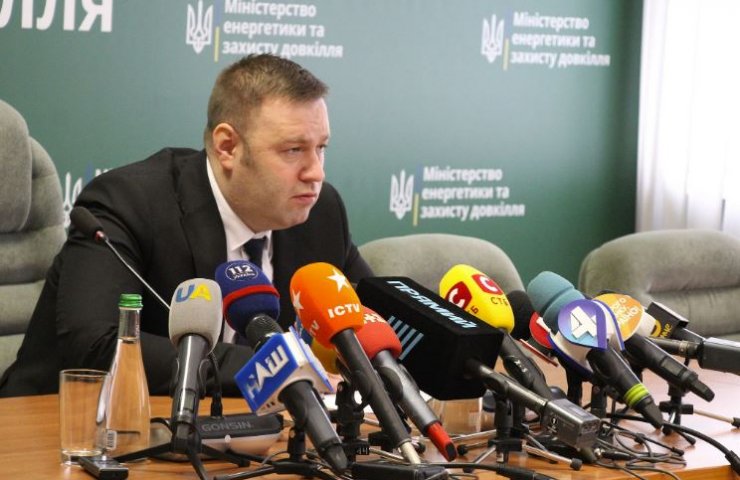 the Department of energy and environmental protection said that "Naftogaz of Ukraine" "Ukrenergo" does not belong to the sphere of management of the Ministry, and therefore to accept or to comment on the decision to change the leadership of the above companies is not included in its competence.

"Stress that potential solutions on change management will be accepted by results of assessment of activity of each company," - said the press service of Minamaneho.

Earlier today during a press conference the Minister of energy and environmental protection Alexey Orzhel, in response to a question from journalists, the Minister explained that the potential upgrading of managers and Supervisory boards of public companies is a political decision.

"a political decision to change the leadership and the beginning of the contests on all strategic company," said Ariel.

Commenting on the dismissal of the decision of the Cabinet of the President of NNEGC "Energoatom", he stressed the importance of effective management of state energy companies. However, he noted that such decisions do not depend on the relationship between the Minister and the heads of the individual companies and are accepted by the government.

New heads, if necessary, according to the Minister, to be appointed on a competitive basis, to be involved in the management of the strategic enterprises of high-level specialists. "Termination of powers allows the same person to participate in the new competition," - said the Minister.

Финансовая аналитика, прогнозы цен на сталь, железную руду, уголь и другие сырьевые товары. More news and analytics on Metallurgprom telegram channel - subscribe to get up-to-date market information and price forecasts faster than others.
Сomments
Add a comment
Сomments (0)
On this topic
Smart Holding switched to corporate services Microsoft 365
The steel industry, the United States recognized itself the most energy efficient in the world
Metinvest is recognized as one of the most sustainable companies in Ukraine
Zaporizhstal plant has mastered a new type of hot-rolled steel with the addition of boron
The Ukraine-EU summit may be postponed again - the head of the European Commission went into
"Naftogaz" has filed a lawsuit against the government of Ukraine for the issuance of a
Recommended:
ArcelorMittal invests $120m in US green steel company
Ukraine arrested Russian metallurgical assets
UK is ready to give 300 million pounds to save British Steel
News Analytics
EU Green Deal should encourage investment in mild steel projects: Eurofer02-02-2023, 16:32
Belarusian steel plant to operate at full capacity from February02-02-2023, 16:56
British Steel considers cutting up to 1,200 jobs at Scunthorpe02-02-2023, 11:50
Electric vehicles will play a key role in US aluminum production growth - Norsk01-02-2023, 12:17
The former president of Motor Sich was accused of aiding terrorists01-02-2023, 11:39
European stainless steel producers ready to raise prices31-01-2023, 16:16
S&P: Russia will continue to dominate the steel export market in the Black05-01-2023, 11:22
Fitch Analysts Predict Big Drop in Global Steel Consumption This Year14-12-2022, 13:59
Analysts predict 5% annual growth in the iron casting market through 203006-12-2022, 12:44
Commodity prices will fall, metals quotes will rise slightly - Focus Economics28-11-2022, 13:28
Sign in with: