Rinat Akhmetov bought the most expensive villa in the world (Photo) 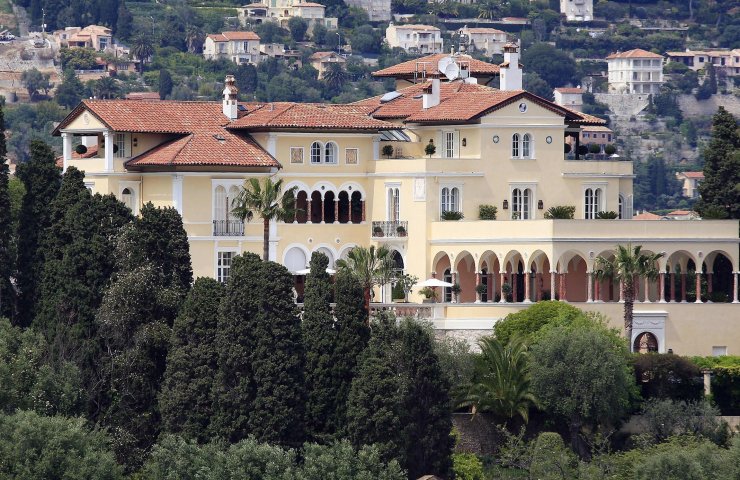 The investment company SCM Holdings Limited of the Ukrainian billionaire has acquired the most expensive villa in the world. This is stated in company message .

Investment company SCM Holdings Limited announces the acquisition of a property, Villa Les Cedres (France), from Campari Group. The company considers the asset as a long-term investment, "the message says.

The company clarified that real estate is a key business for Rinat Akhmetov's investments in Europe and North America, in addition to assets in mining and metallurgy, energy, media and transport.

In 2017, Villa des Cedre bought by Akhmetov was estimated at 350 million euros and was the first in the ranking of luxury real estate on the planet.

According to Financial Times , the French villa cost the Ukrainian billionaire 200 million euros.

Les Cèdres was built in 1830, and in 1850 the villa was bought by the mayor of Villefranche-sur-Mer, who grew olives on the estate (there are still more than 300 years of olive trees growing there). In 1904, the mayor's heirs sold the estate to King Leopold II of Belgium, who made a fortune from mining and rubber production in the Free State of Congo (now the Democratic Republic of Congo). Leopold II increased the area of ​​the garden that still surrounds the house.

Last August, the previous owner of the building, Davide Campari-Milano SpA, announced that it had reached a preliminary agreement to sell the historic home for € 200 million to an unspecified buyer for private use.

SCM is an international brand represented in 7 countries in Europe and North America. Companies and enterprises related to SCM operate in the mining and metallurgical, energy, banking, telecommunications, mass media, transport, agricultural, insurance and other areas.

The SCM portfolio includes more than 500 companies and enterprises employing about 200 thousand people.

The sole shareholder of the company is the Ukrainian billionaire Rinat Akhmetov.