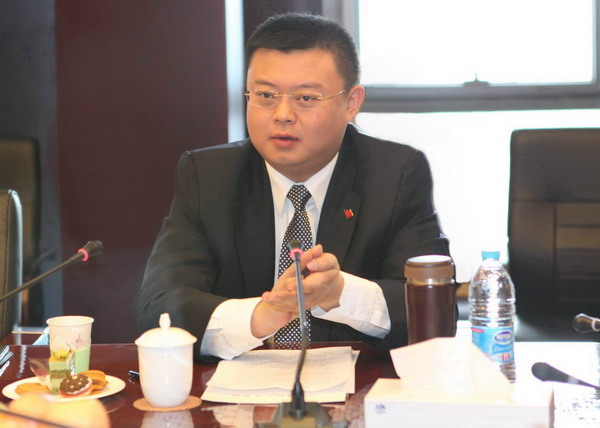 The statements of the representatives of the Ukrainian authorities about the plans to nationalize Motor Sich are inadmissible and will help the company's Chinese investors win international arbitration against Ukraine and compensate for the damage, says Wang Jing, the owner of the Chinese Skyrizon Aircraft Holdings.

“We have already filed and are preparing to file a number of other lawsuits both in Ukraine, in China, and at the international level. We will vigorously defend and safeguard the legitimate rights of Chinese investors, ”he said in a media statement.

Wang Jing stressed that any speeches or actions of the Ukrainian side that harm Chinese investors will be used as evidence or subject of legal proceedings and transferred to the appropriate judicial and law enforcement agencies. According to him, investors from the PRC are ready for public scrutiny and due diligence.

In the near future, a bill on the nationalization of Motor Sich will be submitted to the Ukrainian parliament, said the head of the parliamentary faction of the Servant of the People party David Arakhamia last week. In addition, the president of the enterprise, Vyacheslav Boguslaev, speaking before parliamentary deputies, accused Chinese investors of violating investment obligations, but urged to negotiate with them and leave them a 35% stake, and transfer control over the enterprise to the state.

Wang Jing in a statement claims that Boguslaev previously had a controlling stake in Motor Sich, and now has no right to make such statements on behalf of the enterprise.

According to the Chinese side, the privatization of Motor Sich was fully completed before 2000, after which the company became a public joint stock company (PJSC) with free float, and in April 2015 it was excluded by the government from the list of strategic enterprises in Ukraine .

According to Wang Jing, in 2016 the former shareholders of Motor Sich, including Boguslaev, reached an agreement with Chinese investors and agreed to sell their shares to PJSC, and in July 2016 the deal was completed and the remuneration paid.

"This means that PJSC " Motor Sich "not only no longer belongs to them, but, moreover, they should not continue to control it," the statement says.

Chinese investors have been trying unsuccessfully for several years to formalize the deal to buy shares in this plant.

Recommended:
Egypt to demand at least $ 1 billion in compensation after Suez Canal congestion
Ukrainian An-124-100 delivered vaccine production equipment from Germany to the USA
Dneprospetsstal remembered how steel for spaceships was recently melted
On this topic
After sanctions against investors, Motor Sich China decided to refrain from investing in Ukraine
The imposition of sanctions against Chinese investors in Motor Sich came as a surprise to
Alexander Yaroslavsky called for an end to the violation of the rights of Chinese investors in
Korean auto makers will switch to hydrogen engines with help from Chinese steelmakers
How the reform of the electricity market in Ukraine can lead to a collapse and what to do about it
A new lawsuit for "Gazprom": what does "Naftogaz" in the Stockholm arbitration?
Add a comment
Сomments (0)
News Analytics
The capacity of the domestic steel market in Ukraine in January-March decreased19-04-2021, 10:33
In Russia, there is an exuberant demand for agricultural machinery19-04-2021, 10:24
Iran is satisfied with the reaction of the world community to 60% enrichment of18-04-2021, 13:24
Gas prices in Ukraine have reached a record value over the past two years -16-04-2021, 17:24
Ukrmetallurgprom asks the Antimonopoly Committee to allow Metinvest to bid for16-04-2021, 17:23
World Steel Association predicts a good year for metallurgists15-04-2021, 18:19
World Steel Association defines green steel and its variations12-04-2021, 13:14
China unlikely to cut steel capacity in 2021 due to high steel prices07-04-2021, 12:11
Scrap metal market at the beginning of April02-04-2021, 11:10
Rising Chinese Prices Fueled Rising Global Steel Prices - MEPS25-03-2021, 18:54
Sign in with: