the competition authority warned the oil market participants that it will closely monitor the prices and recalled that the previous investigation into the overstatement of prices for gasoline is still not finished. 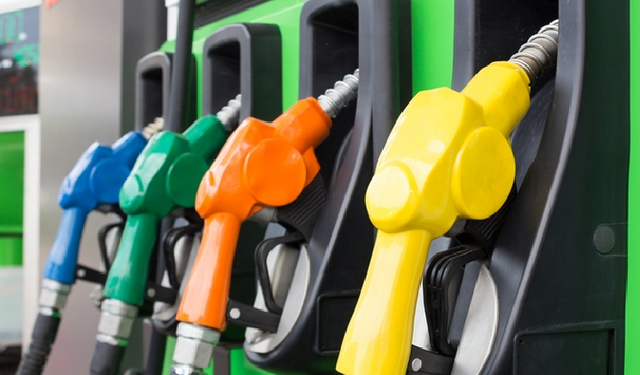 In the Antimonopoly Committee of Ukraine (AMCU) forward the responses of the participants of the oil market, the sharp decline in world oil prices, which began on Monday as a result of Russia's withdrawal from OPEC+.

the price of oil underwent a major collapse since 1991, 30%, reported in AMC. It noted that to expect the same rapid decline of prices at filling stations is not necessary - after all, between crude oil and road tank has a variety of units - transportation-processing-again transportation of gas stations and the like.

However, the AMC believe that after the fall in oil prices, gasoline prices, though slowly, but should fall.

"Therefore, the Antimonopoly Committee of Ukraine will closely study the dynamics of prices in the retail market of petroleum products. Because the price of not only crude oil, but also a large wholesale gasoline and diesel fuel will significantly decrease. And the level of retail prices should be correlated with changes in the factors affecting their formation", - stated in message.

Recall that in December last year, after obtaining recommendations of the AMCU, the largest participants of the market of oil reduced prices on gasoline and diesel fuel. However, the Committee was forced to begin an in-depth study of this market, because did not see sufficient justification installed on gas station prices. The study is still continuing, said the AMCU.

Recommended:
The export of scrap metal from Ukraine in the first half of the year increased 14 times to 231 thousand tons
Energoatom's debt to Turboatom has grown to almost one billion hryvnia
Ukrainian metallurgists demand from the authorities to introduce a ban on the export of scrap metal for 3 years
On this topic
Since the beginning of the year cost of fuel at filling stations in Ukraine has decreased by 2-3%
After the decision of the Antimonopoly Committee in Ukraine began to get cheaper petrol
Energoatom appealed to the AMC with a complaint of possible manipulation in the supply of
In the EU, rising prices for gasoline and diesel fuel
Retail prices for petroleum products in the European Union continued to fall
Prices for gasoline and diesel fuel fall in Europe
Partner news
Сomments
Add a comment
Сomments (0)
News Analytics
Ukroboronprom confirmed the intentions of Antonov State Enterprise to start25-07-2021, 11:15
Gazprom reacted to the refusal of Naftogaz of Ukraine to buy Russian gas with25-07-2021, 11:00
Iron ore has become a strategically important raw material for defense -24-07-2021, 11:06
Vietnam overtook Ukraine in the world ranking of steel-producing states24-07-2021, 11:38
Port "Yuzhny" has set a record for the speed of loading pig iron on a ship24-07-2021, 10:10
On the regional markets of metallurgical products, prices are balancing in a22-07-2021, 16:22
Demand for armaments will ensure a stable growth of armored steel sales by 4%20-07-2021, 10:10
Protectionist Measures Support European Steel Prices Despite Summer Lull19-07-2021, 11:02
Positive price growth is observed in the markets for metallurgical products16-07-2021, 14:12
European steel market is in confusion: price growth has slowed down, but no one21-06-2021, 17:40