state Railway company of Ukraine stated that it had lost the monopoly position in the market and control less than 50% of the wagon fleet. 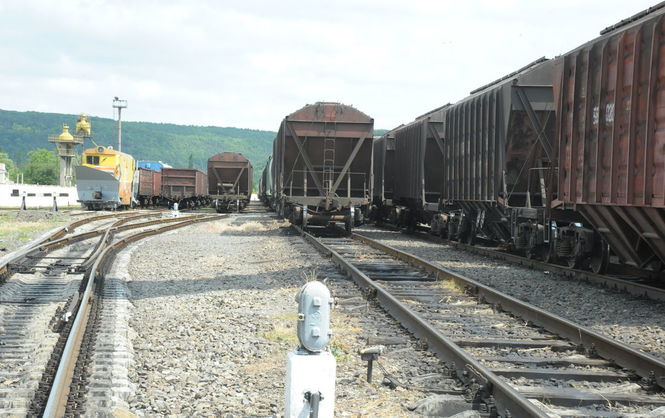 JSC "Ukrzaliznytsya" in the new edition of the agreement takes into account the recommendations of the Antimonopoly Committee of Ukraine (AMCU) from 26.03.2020 No. 9-RK, and the statements of the relevant unions on this matter are biased and inconsistent, said message on the website of the company.

the Railroad workers not only took into account the recommendations of the AMC, but also market participants, the company said, adding that keeping the terms that exist in 2018 and do not contradict the Antimonopoly legislation, in particular:

the text of the agreement on provision of services on organization of transportation of goods by rail can be found here. According to "Ukrzaliznytsia", it takes into account most of the comments and suggestions of customers services and the recommendations of the AMC. Observed legal norm on the establishment of equal conditions for all users of railway transport services.

"the Current market situation indicates a loss of the monopoly position of JSC "Ukrzaliznytsya" on the market of cars. Own fleet of cars of the company already accounts for about 50% of the total number on the market (some are less than 35%). Thus, market conditions indicate that it is competitive, and the customer has the right of free choice of service provider for supply of wagons. Neither the incumbent nor the new contracts do not impose on the customer service use of cars of ownership of JSC "Ukrzaliznytsya", which customers can choose on a purely voluntary conditions," the company said.

Previously coalsalesthat in the opinion of the Association of metallurgical enterprises Ukrmetallurgprom and other industrial associations in the country, "uz" formally reacted to the recommendations of the Antimonopoly Committee of Ukraine (AMCU) conducted simulations of the discussion comments of customers and introducing some minor changes to the contract.

Association stated that the situation with the draft of the contract on rendering services on organization of transportation of goods by rail has not changed. Required to consider the recommendations of the AMC, according to the final edition of the Treaty "Ukrzaliznytsya" is not fulfilled, said Ukrmetallurgprom.

pismato the head of AMKU Yury Terentyev, metallurgists have drawn attention to the fact that the Railways, being a natural monopoly, can define the conditions of circulation of goods on the market for the use of wagons and directly determines the possibility of the admission of cars of other market participants to their infrastructure, and hence has significant market power and the ability to influence the car market at the stage of conclusion of the contract between the operator of the train and the railway.

Recommended:
China sets new record for daily steel production during February weekend
British unions fear thousands of jobs to be lost due to Sanjiv Gupta's financial woes
State Energy Efficiency together with UNECE and stakeholders discussed the possibilities of production and use of hydrogen in Ukraine
On this topic
How the reform of the electricity market in Ukraine can lead to a collapse and what to do about it
Railways have not implemented the recommendations of the Antimonopoly Committee, the statement of
Stopped nuclear power plants and mines. What's going on in the energy sector of Ukraine?
Ukrmetallurgprom Ukrzaliznytsya accused in abuse of monopoly position
Ukrzaliznytsia plans to purchase in 2020 of 26 new passenger cars
Ukraine detensive the scrap metal market in the spring
Add a comment
Сomments (0)
News Analytics
Tibet invests about $ 30 billion in infrastructure projects in 5 years06-03-2021, 14:39
Siemens Energy promised Deutsche Welle to closely monitor democracy in Belarus06-03-2021, 10:32
US and EU suspend the collection of duties that were imposed against each other05-03-2021, 22:48
Turboatom and Electrotyazhmash discussed prospects for cooperation under05-03-2021, 19:04
DMZ Yaroslavsky in February almost doubled the production of rolled products05-03-2021, 18:19
Spread between raw materials and high strength alloy steel in Europe increased01-03-2021, 20:21
Increase in prices is forecasted in the markets of steel raw materials -26-02-2021, 09:25
Troy ounce of gold will drop $ 500 in two years - Fitch25-02-2021, 18:29
Global iron ore production growth to outstrip cumulative production in India23-02-2021, 10:22
Fitch Ratings Warns of “Shocking Impact” on Fossil Fuel Exporters18-02-2021, 14:44
Sign in with: