OPEC and Russia this weekend began a price war as Saudi Arabia have aggressively reduced the relative price at which it sells its oil at the maximum for at least 20 years. 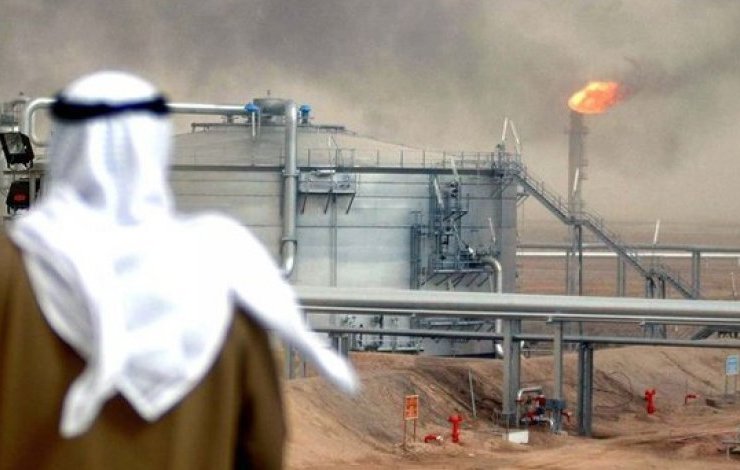 Saudi Arabia has asked state agencies to propose budget cuts of at least 20% under the new austerity, to compensate for falling revenues after the fall in oil prices, announced in the Reuters.

According to the Agency, the request was made over a week ago because of fears about the impact of the epidemic of the coronavirus in crude oil markets and on the eve of the collapse of the agreement on oil production between OPEC and its allies on Friday.

the report stated that the Ministry of Finance of Saudi Arabia has instructed government agencies to propose budget cuts for the year 2020 by 20-30%.

Friday, March 6, the meeting of OPEC+ are unable to agree on a new deal to reduce oil production. Russia refused to join a new agreement on production cuts, in turn, Saudi Arabia has announced its intention to increase its own production and offered customers record discounts in April.

the State oil company of Saudi Arabia Saudi Aramco plans in April to increase oil production capacity from 12 to 13 million barrels per day, said in a statement on the Saudi stock exchange.

Monday, oil prices fell by more than 30% amid the collapse of the deal, OPEC+. Brent crude reached the lowest level since January 2016, WTI — from February 2016. On Tuesday the price began to recover and in the course of the trading session the quotations have grown more than 10%.

World oil prices continue to recover after falling on Monday, the price increase exceeds 3%, Brent is more expensive by more than 4%, according to the auction.

One of the world's largest investment banks Goldman Sachs prognozirovat fall in oil prices in the second and third quarter of 2020 to 30 dollars per barrel on the background of the collapse of the OPEC deal+ after Russia's refusal to cut production. On the whole the year 2020, the average price of a barrel of Brent crude is projected at $ 40.

Финансовая аналитика, прогнозы цен на сталь, железную руду, уголь и другие сырьевые товары. More news and analytics on Metallurgprom telegram channel - subscribe to get up-to-date market information and price forecasts faster than others.
Сomments
Add a comment
Сomments (0)
On this topic
Losses of Ukrainian industry from joining the European "Green Deal" will exceed half a
The operator of the gas transport system of Ukraine has concluded agreements with all connecting
Who declared a state of emergency is not due to the outbreak of coronavirus in China, and due to
At Deutsche Bank predict prolonged fall in stock markets
Ukraine accepted the offer of the Mask on the free ventilators
Negotiations of Ukraine and Russia on gas Thursday will not be - Reuters
Recommended:
Australia and the UK aim to catch up and overtake China in the battery metal sector
Brazilian steel industry expects modest growth in 2023: Aço Brasil
The state will not support the export of metals from Russia - Ministry of Industry and Trade of the Russian Federation
News Analytics
Аналитики прогнозируют 5-процентный ежегодный рост рынка чугунного литья до06-12-2022, 12:44
В Омане за 3 года построят новый металлургический завод стоимостью 3 миллиарда06-12-2022, 12:14
Tesla's Shanghai gigafactory set a new record for electric vehicle shipments in05-12-2022, 15:24
Sanjeev Gupta may lose control of his steel plants in Belgium05-12-2022, 13:55
Steel demand and weather in Australia will affect coking coal prices05-12-2022, 13:16
Аналитики прогнозируют 5-процентный ежегодный рост рынка чугунного литья до06-12-2022, 12:44
Commodity prices will fall, metals quotes will rise slightly - Focus Economics28-11-2022, 13:28
Platinum market to face shortage next year - WPIC22-11-2022, 18:25
Global steel demand falls and will fall by 2.3% in 2022: WorldSteel19-10-2022, 23:12
Iron ore prices fall to 11-month low15-10-2022, 10:36
Sign in with: