Saudi Aramco has offered to buyers of oil, the highest discount for the last 20 years

Saudi Arabia intends to "put" the world price of oil in response to Russia's withdrawal from the agreement OPEC +. On the market talking about a new trade war. 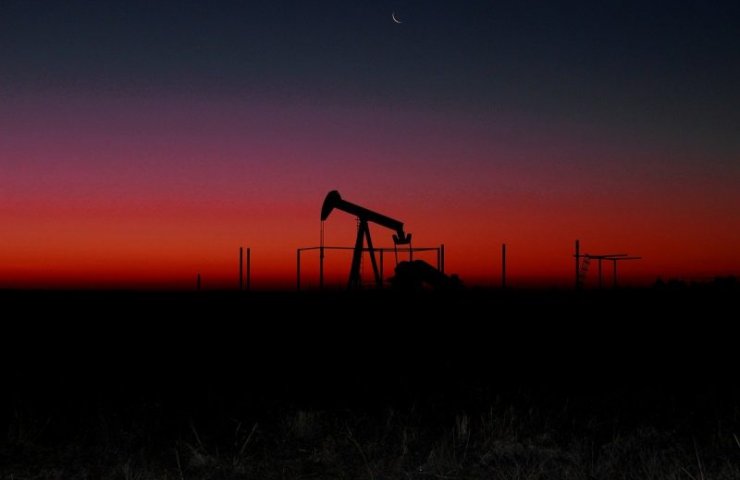 the world's Largest oil exporter on Saturday started a price war by reducing prices on its oil to foreign markets at least 20 years, offering unprecedented discounts to buyers in Asia, Europe and the USA to encourage processors to buy Saudi oil at the expense of other suppliers.

"We probably in the next quarter will see the lowest prices on oil over the last 20 years", — said the Agency oil analyst at IHS, Markit Ltd. Roger Couch, implying that the price could fall below $ 20 per barrel. During a price war in December 1998, the price of Brent crude oil fell to 9.55 per barrel.

At the same time, Saudi Arabia has privately said some market participants that could increase production, if necessary, even to a record level of 12 million barrels a day, according to people familiar with the talks who asked not to reveal their name to protect a commercial relationship. Given the fact that the outbreak of coronavirus reduced demand, the opening of these valves would lead to chaos in the oil market.

Saudi strategy of shock and fear could be an attempt as quickly as possible to impose on Russia and other producers maximum pain in an attempt to bring them back to the negotiating table, and then quickly reverse the surge of production and begin to cut production, if a deal is reached sums Bloomberg< / span>.

Recommended:
Reuters: US will punish all those involved in the construction of "Nord stream – 2"
Japan has slipped into recession, is preparing for a severe recession in postwar history
On "Azovstal" was taken from the reserve of the fourth blast furnace
On this topic
Saudi Aramco has sold an additional 450 million shares citing high demand
Share price of Saudi Aramco, two days rose 20%
Saudi Saudi Aramco will put 1.5% of the shares in the IPO at a price of $ 8 per share
Analysts have warned about the imminent collapse of oil prices to $ 45 per barrel
The details of the placement of shares Saudi Aramco
IPO Saudi Aramco most profitable company in the world, which will become public
Add a comment
Сomments (0)
News Analytics
Corum Group of Rinat Akhmetov and the Czech investment company signed a05-06-2020, 12:53
The coalition "enough is Enough grass Krivoy Rog" visited ArcelorMittal checking05-06-2020, 11:57
Reuters: US will punish all those involved in the construction of "Nord stream04-06-2020, 13:39
The Dnieper metallurgical plant launched blast furnace No. 204-06-2020, 12:41
The South Korean Prosecutor's office demands to arrest the Vice-President of04-06-2020, 11:06
Global steel consumption in 2020 will be reduced by 6.4% - Worldsteel04-06-2020, 13:53
American steelmakers are faced with an unexpected problem associated with the14-05-2020, 09:09
Relying on the incentives, Chinese steelmakers increase production30-04-2020, 10:20
The rapid recovery of the steel market in China leads to a drop in iron ore22-04-2020, 13:11
Platts: steel Market of China will not be able to recover until the second half20-04-2020, 12:25