S&P affirms "Metinvest" level "In", with a stable Outlook

Analysts have pointed out that the production performance of Metinvest in the first half of 2020 is not much affected by the pandemic COVID-19, and in the second half the situation will improve. 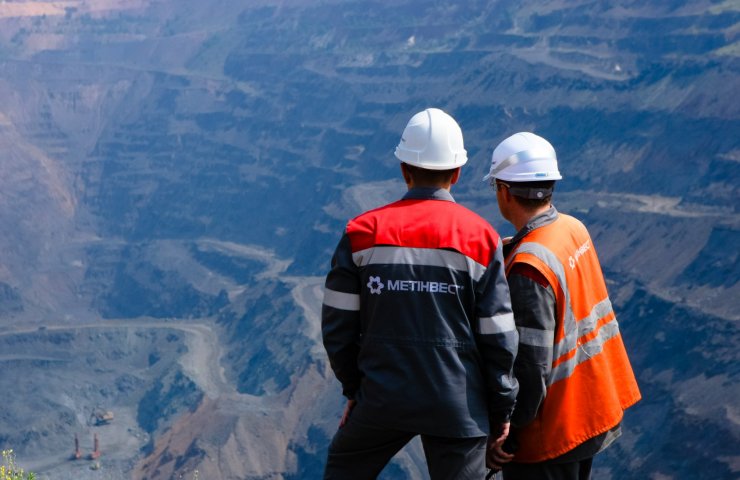 the International rating Agency Standard&Poor's Global Ratings (S&P) confirmed the long-term rating of the holding company mining and metallurgical group "Metinvest" - Metinvest B. V. (Netherlands) - at the level of "B", changing the Outlook to "negative" on "stable".

As explained in a release from the Agency, the rating "Metinvest" affirmed "B" after the revision upward of the baseline scenario as a result of the encouraging figures in the first half of the year. Compared to the previous review, the Agency is no longer concerned that the company will violate its financial obligations.

this indicates the first signs of recovery in steel demand in Europe, which improved the Outlook on the company's EBITDA from $1.1–1.3 billion, which the Agency gave when placing the rating on CreditWatch with negative implication at the end of March, to $1.4–1.7 billion in 2020 (excluding about $170 million from joint ventures).

in addition, it is noted that the production performance in the first half of 2020 is not much affected by the pandemic COVID-19, and in the second half the situation will improve. Under the baseline scenario it is expected that the company will report EBITDA of about $700 million for the first half of 2020 (excluding SP), given the stated EBITDA of $329 million (or $373 million including JV) in I-HF-2020. Relatively strong results resulted in the mining division, as iron ore prices remained at around $90/ton. In addition, the company also showed better results than expected in the steel division.

"we were original hypothesis of a significant reduction in profits due to the negative impact of the pandemic COVID-19 on volumes and prices. In practice, the decline was more moderate, partially offset by the positive contribution of lower energy prices, lower cost of distribution and a slight devaluation of the local currency in the current year. In the second half of the year, we expect EBITDA of at least $700 million, which will support iron ore prices (around $85/ ton) and demand growth for steel in comparison with the first half of the year. However, steel prices are expected to remain depressed", - stated in the review.

the Agency still believes a minimum EBITDA of $1.1 billion key support for the rating, supporting its current needs for capital investment subject to a minimum threshold of adjusted funds from operations (FFO) to debt of 20% in the market with a low cycle.

S&P notes that "Metinvest" has taken a number of measures to improve its liquidity, and now the Agency sees low risk of violation of obligations within the next 6-12 months from the time of the review in March 2020, when S&P put the rating on CreditWatch with a negative Outlook. In particular, the company has taken various steps to support liquidity, with about $100 million of new loans, as well as reducing capex and so far not paying dividends for last year, which can be up to $400 million payment in the next 12-18 months.

"Metinvest" is a vertically integrated mining group of companies managing assets in every link of the production chain from the extraction of iron ore and coal and coke production up to the release of semi-and end products of steel pipes and coils and also manufacture other products with high added value. The group consists of mining and metallurgical enterprises located in Ukraine, Europe and the United States, has a sales network covering all key global markets.

Финансовая аналитика, прогнозы цен на сталь, железную руду, уголь и другие сырьевые товары. More news and analytics on Metallurgprom telegram channel - subscribe to get up-to-date market information and price forecasts faster than others.
Сomments
Add a comment
Сomments (0)
On this topic
S&P Global Ratings assigns investment rating to unsecured bonds of Metinvest
S&P rating agency upgraded Ukrzaliznytsia's credit rating to 'B-'
AMCU requested the opinion of the companies on the obligations of Metinvest in case of obtaining
Fitch Ratings notes the systemic crisis in the energy sector of Ukraine
Underlying profit (EBITDA) of Metinvest in 2020 increased by 82%
S & P Global Ratings has downgraded the rating of Tata Steel to the speculative "B+"
Recommended:
Prices for metal products in Ukraine increased by 26% last year
The US continued to reduce steel imports in December year-on-year
Sweden announced the discovery of Europe's largest deposit of rare earth metals
News Analytics
The United States refused to comply with the decision of the WTO on tariffs on29-01-2023, 20:08
China remains the world leader in shipbuilding with a 50% share of new shipyard29-01-2023, 12:35
Prices for metal products in Ukraine increased by 26% last year29-01-2023, 12:06
JSW Steel, ArcelorMittal and NLMK may buy two Liberty Steel plants in Belgium29-01-2023, 12:12
British scientists have found a way to cut CO2 emissions from steel production28-01-2023, 23:49
S&P: Russia will continue to dominate the steel export market in the Black05-01-2023, 11:22
Fitch Analysts Predict Big Drop in Global Steel Consumption This Year14-12-2022, 13:59
Analysts predict 5% annual growth in the iron casting market through 203006-12-2022, 12:44
Commodity prices will fall, metals quotes will rise slightly - Focus Economics28-11-2022, 13:28
Platinum market to face shortage next year - WPIC22-11-2022, 18:25
Sign in with: