Shareholder of JSC Kharkoblenergo and PJSC Kharkovenergosbyt Smart Holding declares the disruption of preparations for the privatization of energy companies and corruption schemes. 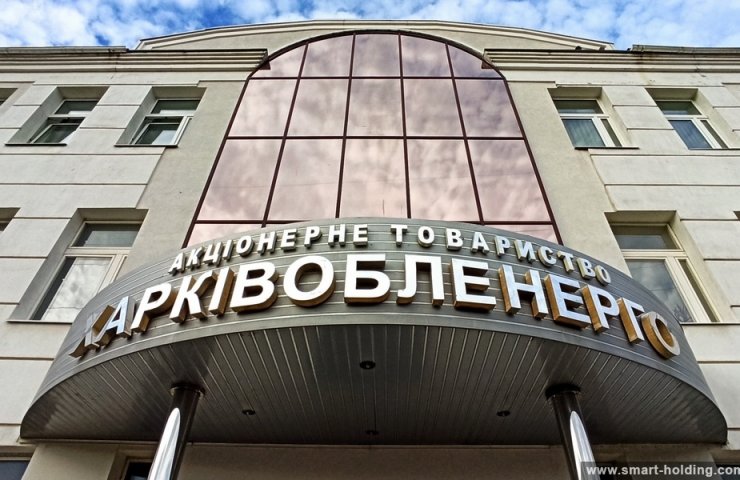 The voting of shareholders, including the state of Ukraine represented by the State Property Fund (SPF) with 65% of shares and Vadym Novinsky's Smart Holding with 29.79% of shares, was provided by the National Depository of Ukraine.

Following the consideration of the agenda of the general meeting of shareholders, the representative of Smart Holding voted, in particular, against the approval of the annual reports of the companies for 2019-2020, and also cast his votes for recognizing the work of the executive bodies of both companies for the same period as unsatisfactory. p>

By According to the press service of Smart Holding, the main negative of the annual meeting of shareholders was that Supervisory Boards were not formed in any of the companies.

“This happened as a result of meaningful and purposeful actions of the State Property Fund, which, as a subject of management of state property, ignoring the requirements of the current legislation, simply did not submit candidates for election to the Supervisory Boards of these joint-stock companies, which are of particular importance for the economy of Ukraine ", - reads the message of Smart Holding.

Vadim Novinsky's company believes that this situation was the result of close interaction of SPF officials with the existing management of energy companies, whose representatives appear in a number of criminal proceedings on the facts of misappropriation, embezzlement of property or taking possession of it by abuse of official position, committed by prior conspiracy by the group persons.

He noted that, according to financial analysts, the misappropriation of assets, fraudulent actions of the existing management and their operational inefficiency lead to an underestimation of the operating profit (EBITDA) of these companies with state ownership by at least 3 times compared to companies operating in the private sector.

According to the press service of Smart Holding, we can talk about losses in the amount of over 30 million US dollars a year, which later materialize into expensive cars and elite real estate of certain officials and officials from the state.

Smart Holding is one of the largest industrial and investment groups in Ukraine. The Group's interests are concentrated in industries that are key to the country's economy. The companies of the Group invest in the assets of the mining and metallurgical and oil and gas complexes, the banking sector, agriculture, shipbuilding, real estate and energy. Smart Holding (Cyprus) ltd. - the top holding company of the Group, which is established and operates under the laws of the Republic of Cyprus. Its beneficiary is Vadim Novinsky.

Финансовая аналитика, прогнозы цен на сталь, железную руду, уголь и другие сырьевые товары. More news and analytics on Metallurgprom telegram channel - subscribe to get up-to-date market information and price forecasts faster than others.
Сomments
Add a comment
Сomments (0)
On this topic
Trade unions demand from Zelensky to pay attention to the situation with the Zaporizhzhya
Dmitry Firtash regained the right to purchase a 51% stake in the Zaporozhye Titanium and Magnesium
Vadim Novinsky's key asset strategy will be supervised by a Russian top manager
Iron ore has become a strategically important raw material for defense - Zelensky enacted the
Smart Holding and Dragon Capital agree to sell Unex Bank
How can integrated subsoil use objects help the development of raw materials exports in Ukraine?
Recommended:
Ukraine delivered 86,000 tons of iron ore to Turkey in September - TUIK
Russia will allocate more than $700 million for the production of domestic aircraft engines
Volvo starts deliveries of electric trucks made of fossil-free steel
News Analytics
Australia and the UK aim to catch up and overtake China in the battery metal26-11-2022, 22:37
The United States imposed a ban on the import and sale of equipment from26-11-2022, 22:31
The pipe metallurgical plant in Nikopol continued to work after a short stop26-11-2022, 22:52
The state will not support the export of metals from Russia - Ministry of25-11-2022, 13:18
ArcelorMittal Kryvyi Rih suspends production due to shelling of energy25-11-2022, 12:04
Platinum market to face shortage next year - WPIC22-11-2022, 18:25
Global steel demand falls and will fall by 2.3% in 2022: WorldSteel19-10-2022, 23:12
Iron ore prices fall to 11-month low15-10-2022, 10:36
China production cuts in winter will give limited boost to steel markets -15-09-2022, 10:09
Steel prices may rise as manufacturers stop production11-09-2022, 14:06
Sign in with: