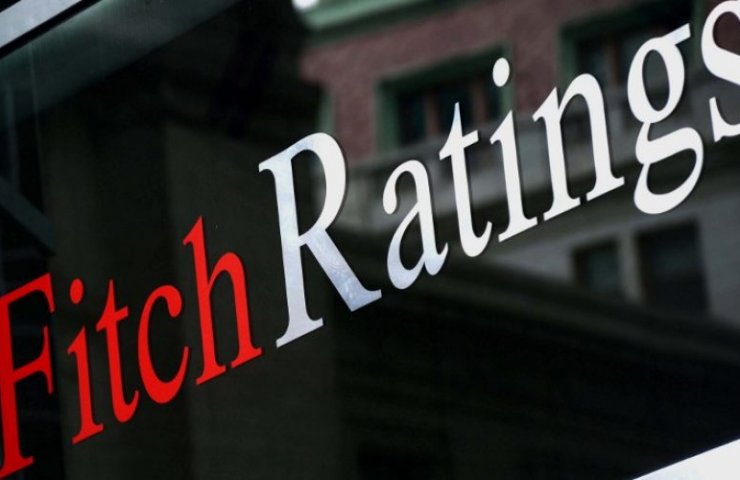 "Ukraine's ratings reflect its credible macroeconomic policies, which have reduced inflation and narrowed the budget deficit to a coronavirus-induced shock, as well as a history of international support, " the agency said in a release on Saturday night.

At the same time, Fitch points out that these strengths are opposed by low external liquidity, high funding needs associated with repaying large sovereign debt, a vulnerable albeit improving banking sector, and weak corporate governance indicators.

"The shock of the coronavirus, at least temporarily, has reversed the improvements Ukraine has made in recent years in terms of reducing its debt burden, normalizing growth prospects after the geopolitical and economic crisis of 2014-2015 ... " - adds the agency .

According to Fitch estimates, Ukraine has met almost 68% of its 2020 fiscal funding needs of $ 23.5 billion. The agency expects the allocation this year of another tranche under the IMF stand by program ($ 0.7 billion) and the first tranche of a new EU macro-financial assistance loan for EUR 1.2 billion, which, together with the available domestic liquidity and balances of the State Treasury, provide opportunities to meet the remaining financial needs.

Fitch forecasts Ukraine's international reserves at the end of 2020 at $ 27.4 billion, up from $ 29 billion in early September.

"Continuing interaction with the IMF is key for Ukraine to maintain access to external financing. However, the risks of implementing the IMF stand by program are significant, given Ukraine's poor reputation for implementing previous programs and potential court decisions and legislative initiatives that lead to a rollback of reforms ", - says the release.

According to Fitch, unexpected and frequent changes in government at the beginning of the year, especially in key economic positions such as finance minister, and political pressure on the NBU leading to the head's resignation in July, create political uncertainty. "In addition to undermining hard-earned confidence in politics, declining central bank independence could lead to a rollback in macroeconomic and financial stability, limit access to external financing and increase Ukraine's vulnerability to shocks, " the agency notes.

Fitch retained its April forecast, according to which in 2020 Ukraine's economy will contract by 6.5%, but in 2021 growth will be 3.8%, and in 2022 - 3.5%. "However, the risks of deterioration of our forecasts remain, given the uncertainty over the magnitude and duration of the coronavirus outbreak, "the agency said.

Recommended:
BELAZ delivered three dump trucks to the Irkutsk Region
"Zvezda" prepares for sea trials of the tanker "Vladimir Monomakh"
Gold is still perceived as a safe haven amid the pandemic
On this topic
S&P affirms "Metinvest" level "In", with a stable Outlook
Fitch Ratings notes the systemic crisis in the energy sector of Ukraine
Moody's has raised a sovereign rating of Ukraine to B3 with a stable Outlook
S&P affirms Ukraine at the level of "B" with a stable Outlook
Fitch reversed the default DTEK energy Rinat Akhmetov
By the end of the year, Ukraine must pay $ 3.3 billion of public debt
Add a comment
Сomments (0)
News Analytics
A decrease in business activity is observed in the regional markets for25-09-2020, 15:24
Prices for metal products and scrap metal began to fall in China25-09-2020, 12:14
COVID-19 pandemic plunges global labor income by $ 3.5 trillion24-09-2020, 20:51
The price of electricity for Ukrainian metallurgists turned out to be twice as24-09-2020, 20:47
The 30 millionth LADA car rolled off the assembly line of AVTOVAZ (Video)24-09-2020, 18:12
Iron ore prices to surpass six-year high soon16-09-2020, 10:32
World Oil Demand Peak May Be Over - BP15-09-2020, 09:05
China expands car market capacity by increasing demand for steel and metals11-09-2020, 10:56
Prices continue to rise in the long and flat steel markets08-09-2020, 14:25
Difference between ferrous and non-ferrous metal28-08-2020, 13:45
Sign in with: