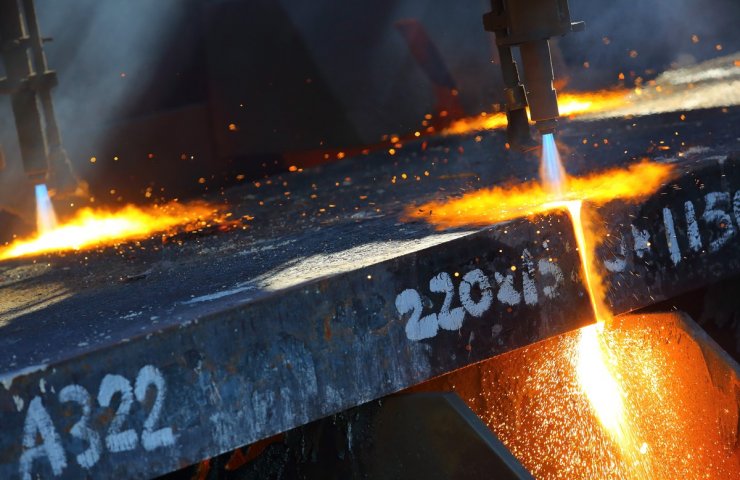 The international rating agency S&P Global Ratings has raised the long-term credit rating of the Metinvest mining and metallurgical holding from B to B +, which is one notch higher than the sovereign rating of Ukraine, with a stable outlook.

According to the company's press release on Friday, the agency also raised the rating of Metinvest's unsecured bonds from 'B' to 'B +'.

The S&P explained that the rating upgrade is due to the positive effect of operational improvements, as well as a significant reduction in the group's debt obligations.

"Metinvest's rating is one notch higher than the sovereign rating of Ukraine, which is due to the group's ability to generate export earnings in hard currency and an insignificant debt burden in the coming years," the press release states.

Yuri Ryzhenkov, General Director of Metinvest, expressed his satisfaction with such a positive assessment of the company's activities.

“We are proud to have received an upgrade in the Group's credit rating. This independent assessment from an international rating agency confirms our results in improving operations, reducing debt, implementing a capital investment program, and strengthening vertical integration, ”said the top manager, quoted by his press service.

As reported, Metinvest continues to improve the quality of its debt portfolio, taking advantage of strong financial performance and a stable liquidity situation. At the same time, in April 2021, the international rating agency Fitch changed its outlook on Metinvest's credit rating from “negative” to “stable”, confirming the rating at “BB-”. In turn, then S&P and Moody 's left the group's credit rating unchanged at' B 'and' B2 ', respectively, with a stable outlook.