According to the corporation, the project will become a strong sign of the revival of the automotive industry in Ukraine. 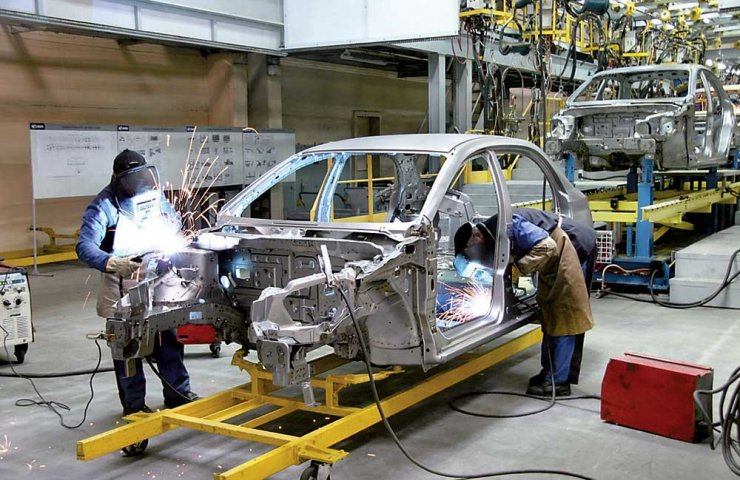 The Zaporozhye Automobile Building Plant (ZAZ), part of the "UkrAVTO " corporation, begins production of Groupe Renault cars for the local market at its facilities in Zaporozhye.

As the press service of the corporation reported on Thursday, before the start of the project, ZAZ underwent a large-scale modernization in order to fully comply with the international quality standards of Groupe Renault, the plant has deployed the Renault-Nissan-Mitsubishi Alliance - Alliance Production Way quality standardization system.

According to the corporation, the project will become a strong sign of the revival of the automotive industry in Ukraine.

"The Ukrainian market has high potential for us due to its location and growing interest in new cars. Renault Group has a strong position in Ukraine and maintains its leadership in the market. This project means that we and our partners are confident that brands "Made in Ukraine " will be at the same quality level as the products of other factories of the Renault Group ", - quotes the press service of the managing director of Groupe Renault Export (Eurasia Region) Max Missanu.

According to Nikolay Evdokimenko, Chairman of the Board of ZAZ, localized assembly at the plant allows you to stay in close proximity to customers and adapt the offer and service to market needs.

The press service of the agency "Interfax-Ukraine " did not specify the models of cars that are planned to be produced, promising to provide all the details of the project later.

The French automobile corporation Renault Group is a member of the Renault – Nissan – Mitsubishi Alliance. In particular, the Russian JSC "AvtoVAZ " is part of the Renault group, and since January 2017, Lada has been the brand of the group.

ZAZ is the largest automobile manufacturing plant with facilities for full-scale car production.

As reported, due to economic inexpediency and in the absence of government programs to stimulate the automotive industry, ZAZ in 2018 stopped producing passenger cars, the production of which was the leader in the country for many years.

According to the association "Ukravtoprom ", in January-July 2020, it produced only 26 buses (for the same period of 2019 - 40 buses and 7 commercial vehicles).

"UkrAVTO " was registered in 1992. Owns a controlling stake in CJSC "ZAZ ", the Polish car factory FSO. The structure of the corporation includes about 400 car service enterprises in all cities of Ukraine, distribution and dealer companies of leading car brands. The corporation is owned by Tariel Vasadze.

Recommended:
European metallurgists raise prices for flat steel products
Ukraine purchased a sea batch of bitumen from Italy
Europeans agreed with the Chinese not to steal other people's geographical names
On this topic
Yuzhmash told whether it is possible to launch reusable rockets from the Black Sea
Mitsubishi consolidates Japanese shipbuilding
Employees of the Nissan plant in Barcelona lit candles on their jobs (Video)
Reuters: Nissan refuses to Fund the venture with Renault trying to cut costs
Renault and Nissan said that the Alliance is not going to collapse
Nissan shares slumped 3% after news of the resignation of another top Manager
Add a comment
Сomments (0)
News Analytics
Indian state steel company to sell non-core assets19-09-2020, 18:50
Largest US steel company to lose $ 100 million in Q319-09-2020, 18:50
UN experts believe that the worst-case scenario for the Ukrainian economy can19-09-2020, 18:47
KZhRK miners' strike threatens with loss of sales markets without prospects of16-09-2020, 21:51
Privatization of the alcohol industry has started in Ukraine16-09-2020, 14:56
Iron ore prices to surpass six-year high soon16-09-2020, 10:32
World Oil Demand Peak May Be Over - BP15-09-2020, 09:05
China expands car market capacity by increasing demand for steel and metals11-09-2020, 10:56
Prices continue to rise in the long and flat steel markets08-09-2020, 14:25
Difference between ferrous and non-ferrous metal28-08-2020, 13:45
Sign in with: