Former Finance Director of Ukrzaliznitsa said that Viktor Pinchuk's Interpipe planned to sell wheels to the company at four times the cost. 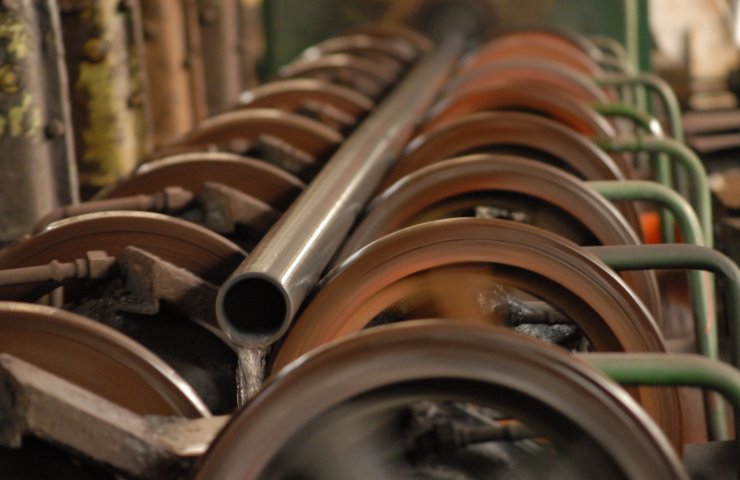 The information disseminated by some media does not correspond to reality and is nothing more than a fantasy of the dismissed top manager of the state railway company Ukrzaliznytsya, declared in the Interpipe press service.

"Interpipe has been a long-term reliable partner of Ukrzaliznytsia. The company is a direct manufacturer of railway wheels and wheelsets. Our key priority is the production of high quality railway products that guarantee traffic safety. We annually invest in new equipment and R&D for the needs of both domestic and foreign markets, ”the company said in a statement.

As reported, Viktor Pinchuk's company constantly participates in tenders for the supply of railway wheels to Ukrzaliznytsia. It was also reported that at the end of 2019, after testing and certification of railway axles with preliminary machining, after passing the interdepartmental commission of Ukrzaliznytsia, it received permission to produce rough axles in industrial volumes according to DSTU GOST, having shipped the first batches of these products to car-building and car-repair enterprises of Ukraine.

In interview RBC-Ukraine ex-director for economics and finance of Ukrzaliznitsa Andriy Ryazantsev said that the corruption component of the company's deal with Interpipe reached 1.2 billion hryvnia.

Interpipe is a Ukrainian industrial company, manufacturer of seamless pipes and railway wheels. The company's products are supplied to more than 80 countries around the world through a network of sales offices located in the key markets of the CIS, the Middle East, North America and Europe. In 2019, Interpipe sold 798 thousand tons of finished products, including 203 thousand tons of railway products. Railway products are sold under the KLW brand.

Recommended:
IRENA: hydropower will be critical to decarbonize the economy
Ukrzaliznytsia will spend about 5 billion hryvnia in 2021 on repairs of diesel locomotives
Ukrzaliznytsia and NABU signed a memorandum of cooperation
On this topic
The price of electricity for Ukrainian metallurgists turned out to be twice as high as for French
INTERPIPE in 2019. increased sales of railway wheels by 8% and reduced the implementation of pipes
PJSC "Dnieper metallurgical plant" fulfilled the monthly production program axles for 10 days
Interpipe repaid part of the bonds in the amount of 98.5 million dollars
"Interpipe" Viktor Pinchuk appeared on the market well.d. wheels Spain
Interpipe has entered the Ukrainian market of rough axes
Add a comment
Сomments (0)
News Analytics
Thyssenkrupp says negotiations to sell steel business have not progressed a step30-10-2020, 18:50
Kazakhstan launched a new technology for the production of batteries30-10-2020, 16:03
Erbol Nurgaliyev visited the metallurgical plant of JSC "ArcelorMittal Temirtau"30-10-2020, 16:27
Ukrzaliznytsia and NABU signed a memorandum of cooperation30-10-2020, 16:59
DMK expands its assortment of continuously cast billets30-10-2020, 16:19
Platts Steel Trade Review: China Will Decide Asia's Fate30-10-2020, 10:04
Dolomite powder market to reach USD 33.44 billion by 202705-10-2020, 12:33
Iron ore prices to surpass six-year high soon16-09-2020, 10:32
World Oil Demand Peak May Be Over - BP15-09-2020, 09:05
China expands car market capacity by increasing demand for steel and metals11-09-2020, 10:56
Sign in with: