Interpipe has entered the Ukrainian market of rough axes

Spring Interpipe announced the launch of sales of rough railway axles in the markets of Ukraine and CIS, but could not solve the problem of unloading phase of the heat treatment. 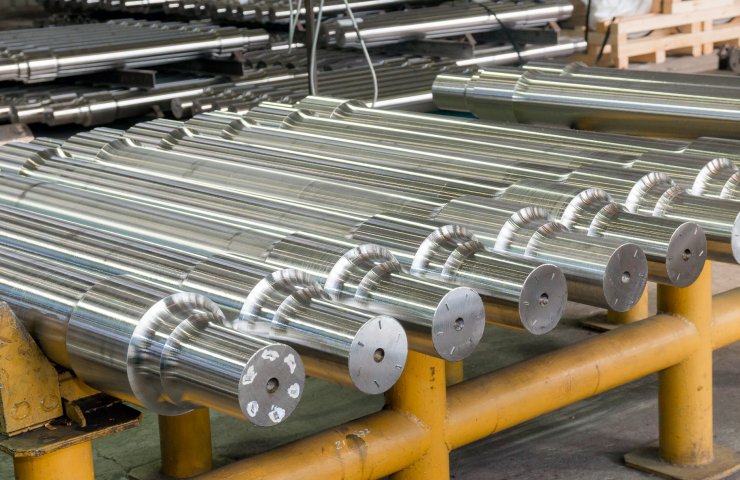 after Successfully completing the testing and certification of railway axles from the mechanical pre-treatment, Interpipe fall shipped the first batch of this product car-building and car-repair enterprises of Ukraine. This is stated in the message on the official page groups on Facebook.

this year pipe plant "Interpipe NTRP" successfully passed the interdepartmental Commission Ukrainian Railways - Ukrzaliznytsia and received approval for the production of rough axles on an industrial scale for DSTU GOST.

in addition, the company received the mark of the manufacturer in the CIS Council on rail transport and the certificate of conformity for industrial batch of axles according to requirements of DSTU GOST.

"Though the first deliveries are relatively small, but for the company it is a good prospect. We are just starting to enter the Ukrainian market of rough axes and will gradually strengthen its positions in this segment", - reported in the Interpipe.

Interpipe metallurgical company, specializing in the production of pipes and wheels for rail transport. The company is in the TOP 10 of the world's largest exporters of seamless pipes and is the third largest producer of solid-rolled railway wheels.

Recommended:
VostGOK received the license for realization of activity on uranium ore processing
Moody's has raised a sovereign rating of Ukraine to B3 with a stable Outlook
The United States will increase the capacity of their solar power plants by 33% in 2020
On this topic
Europeans require billions of euros of compensation from VW
Automobile plant "Bogdan motors" has successfully passed the audit of quality management system
Another metallurgical company of Ukraine supported the import of electricity
A new lawsuit for "Gazprom": what does "Naftogaz" in the Stockholm arbitration?
Wheels Interpipe has come to Kazakhstan
Интерпайп отрапортовал об успешной реструктуризации евробондов и других долгов
Add a comment
Сomments (0)
News Analytics
ArcelorMittal Kryvyi Rih is building a new blade with strict observance of08-07-2020, 19:29
Strategy of defense in space07-07-2020, 10:49
AVTOVAZ predicts the fall of the Russian car market by 20-25%06-07-2020, 16:52
Novokramatorsky Mashinostroitelny Zavod re-entered the market of coke chemical06-07-2020, 16:50
DMK exceeded the plan of sales in June, shipping of metal less than a year ago06-07-2020, 16:35
Steel prices in southern Europe are rising, despite weak demand23-06-2020, 10:54
Analysts expect strong demand growth for steel in China10-06-2020, 11:57
Global steel consumption in 2020 will be reduced by 6.4% - Worldsteel04-06-2020, 13:53
American steelmakers are faced with an unexpected problem associated with the14-05-2020, 09:09
Relying on the incentives, Chinese steelmakers increase production30-04-2020, 10:20
Sign in with: