Toyota set a record for car production and sales in September 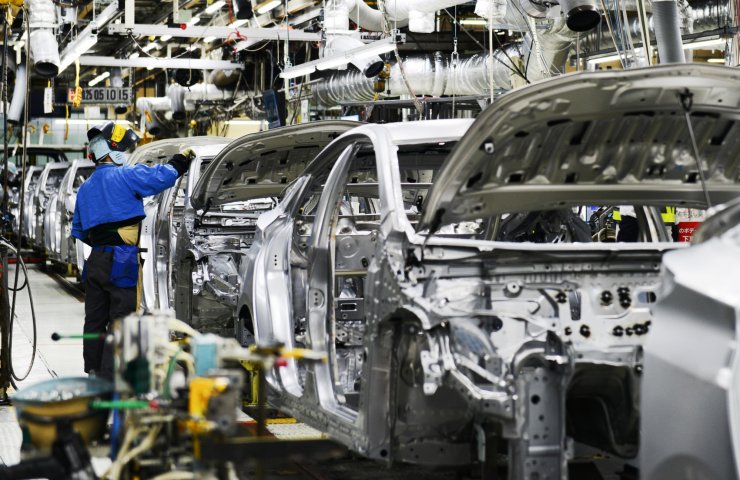 The leading Japanese automaker Toyota Motor in September produced almost 842 thousand cars, which is 11.7% more than in the same period last year. This is stated in the company's report released on Thursday.

At the same time, the production volume in September became the highest in the history of the company. Toyota sold 837,000 units worldwide last month, up 1.9% from last year.

It is noted that the growth of statistical indicators was facilitated by the rise in demand and production for cars in China. Thus, the market situation as a whole tends to recover from the failure caused by the coronavirus pandemic. Thus, in May, the decline in Toyota production in the world amounted to 54.4%.

According to forecasts of the automaker, its operating profit will decline in the 2020 financial year by 79.5% - to 500 billion yen (about 4.6 billion dollars). The corporation also expects that the level of vehicle sales in the current fiscal year will decrease by 14.9% to 8.9 million units. Meanwhile, at the end of the 2019 fiscal year (ended in March), the Japanese automaker once again became the world leader in car sales, having sold 10.45 million units of cars and trucks. Volkswagen sold 10.37 million vehicles over the same period.

Recommended:
A sharp rise in prices for diesel fuel is expected in Ukraine - Derzhzovnishinform
Ukroboronprom significantly increased the production of weapons and military equipment in October
The State Environmental Inspection will not allow disrupting the terms of commissioning of a new sinter plant in Krivoy Rog
On this topic
Stopped nuclear power plants and mines. What's going on in the energy sector of Ukraine?
Nissan has reduced its profit forecast amid falling sales
Toyota raised its annual profit forecast, not taking into account the impact of coronavirus
In Nissan have announced falling sales in Europe and Russia by 20%
Nissan to cut 12,500 jobs as earnings slump in first quarter
Is the German auto industry preparing for a collapse?
Add a comment
Сomments (0)
News Analytics
Беларусь покинули тысячи программистов - основатель PandaDoc03-12-2020, 10:40
Ore, coal and cannabis: Australian producers' stocks jump to annual highs03-12-2020, 09:32
US Provides $ 20 Billion in Government Support to Airlines to Pay Salaries02-12-2020, 19:25
Metinvest closes its first securitization deal02-12-2020, 19:05
Sanjiv Gupta one of these days will find out all the financial secrets of the02-12-2020, 19:18
European Union scrap collectors worried about possible export restrictions18-11-2020, 10:41
Occupational diseases of workers in the extractive industry: types and ways to16-11-2020, 17:49
Eurofer expects recovery in EU steel demand05-11-2020, 09:47
Hot rolled carbon steel demand will continue to grow by 4% pa until 203004-11-2020, 16:14
Platts Steel Trade Review: China Will Decide Asia's Fate30-10-2020, 10:04
Sign in with: