As a result of the launch of the new equipment, it will be possible to reduce the sulfur content and increase the octane number in light gasoline fractions. 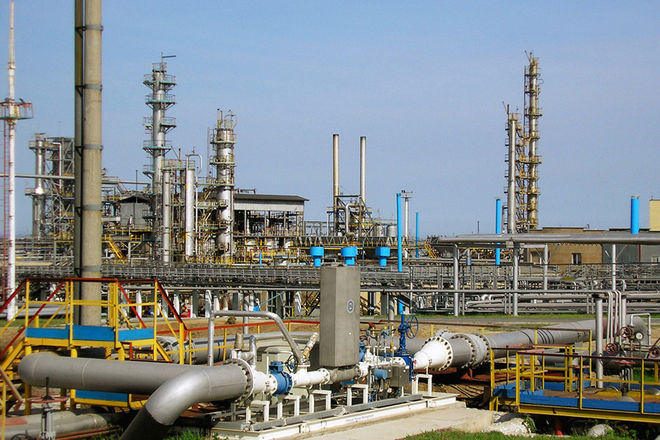 Ukrtatnafta on Monday put into operation an isomerization unit at the Kremenchug refinery (Poltava region), the company said.

An installation with a capacity of 350 thousand tons per year was launched on the basis of the converted sections S-200, S-400 of the LK-6U complex, which were previously mothballed.

"Investments amounted to about $ 30 million, the plant can now increase the production of gasoline, if the market has such a need," said a representative of Ukrtatnafta.

After the launch of the isomerization unit, the share of A-95 produced may increase to 80% of the total gasoline production at the Kremenchug refinery. Now the plant produces more A-92 gasoline.

As a result of the launch of the new equipment, it will be possible to reduce the sulfur content and increase the octane number in light gasoline fractions. Also, low-profit raffinate, which Ukrtatnafta exports to Hungary, will be excluded from the basket of products produced at the refinery.

The company will also be able to refuse to purchase imported volumes of methyl tert-butyl ether (MTBE). In the component composition of gasoline, imported MTBE will be replaced with isomerate, which will be produced at our own plant. The refinery operates a unit for the production of MTBE, but the volume produced is insufficient to meet the refinery's demand for components.

Import of methyl tert-butyl ether (MTBE) to the Ukrainian market in January-September decreased by almost 25 thousand tons compared to the same period last year, to 31.6 thousand tons, according to customs data. The entire volume this year came from Russia, although in 2019 small batches of the product were also imported from Belarus.

Recommended:
Ukraine has reduced production of finished metal products by 2.2%
BELAZ engine repair cost Metinvest more than UAH 3 million
The Ministry of Energy of Ukraine completed the development of the concept of transformation of the coal industry
On this topic
How the reform of the electricity market in Ukraine can lead to a collapse and what to do about it
Ukraine increases purchases of American oil
Metinvest begins construction of an air separation unit at the Ilyich Steel Plant
Ukraine accepted the offer of the Mask on the free ventilators
Kremenchug refinery increased the production of bitumen
Kremenchug city Council demanded to support the national producer
Add a comment
Сomments (0)
News Analytics
Thyssenkrupp says negotiations to sell steel business have not progressed a step30-10-2020, 18:50
Kazakhstan launched a new technology for the production of batteries30-10-2020, 16:03
Erbol Nurgaliyev visited the metallurgical plant of JSC "ArcelorMittal Temirtau"30-10-2020, 16:27
Ukrzaliznytsia and NABU signed a memorandum of cooperation30-10-2020, 16:59
DMK expands its assortment of continuously cast billets30-10-2020, 16:19
Platts Steel Trade Review: China Will Decide Asia's Fate30-10-2020, 10:04
Dolomite powder market to reach USD 33.44 billion by 202705-10-2020, 12:33
Iron ore prices to surpass six-year high soon16-09-2020, 10:32
World Oil Demand Peak May Be Over - BP15-09-2020, 09:05
China expands car market capacity by increasing demand for steel and metals11-09-2020, 10:56
Sign in with: