The largest drop in the sown area for sowing rape in 2021-22 was recorded in the Odessa and Nikolaev regions, as well as in the southern parts of Vinnytsia, Cherkasy and Kirovograd regions. 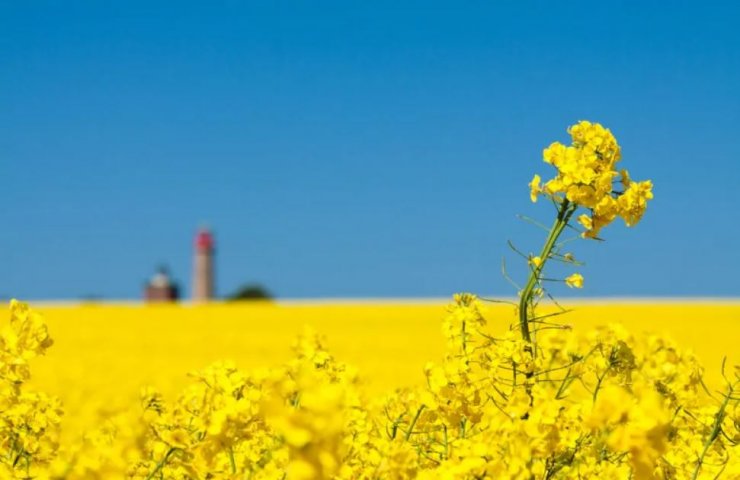 Ukraine may lose its position as the largest exporter of rapeseed to the EU in 2021-22 marketing year due to a sharp reduction in rapeseed areas and high production risks.

According to the government, about 880,000 hectares (ha) were planted with rapeseed for next year's harvest in Ukraine by 23 November, which is only 87% of the originally projected area and 27% less than last year.

Ukrainian farmers have significantly reduced their rapeseed acreage after a sharp drop in oilseed production this marketing season to just 2.55 million tons after the lowest yield in six years due to unfavorable weather conditions.

After large crop losses last winter, which led to huge financial losses and even some bankruptcies, Ukrainian growers were worried that a similar situation could arise this year, especially given the fact that the sowing of rapeseed was accompanied by a dry weather and moisture deficit in the soil.

Moreover, this season the prices for local Ukrainian rapeseed have grown less compared to spring crops such as wheat, corn and sunflower. From July 1 to November 23, rapeseed prices rose only 6%, while wheat prices rose 37%, while corn and sunflower prices added 51% and 81%, respectively. Therefore, some farmers prefer to grow crops other than rapeseed.

The largest drop in areas under crops of rape in 2021-22 was registered in Odessa and Nikolaev regions, as well as in the southern parts of Vinnytsia, Cherkassy and Kirovograd regions. Overall, rapeseed acreage in Ukraine could decline by about 300,000 ha compared to last year, with current production estimates ranging from 1.7 to 2.1 million tonnes.

This could hit the European market, which is the main direction of Ukrainian rapeseed, where Ukraine usually exports 85-95% of the total. Ukrainian rapeseed is very important for the EU's balance, as European countries purchase about half of their total rapeseed imports from Ukraine over the past two seasons.

Falling Ukrainian exports to the EU may lead to Ukraine losing its leadership in the European rapeseed import market and a subsequent increase in canola imports from competing countries such as Canada and Australia. In particular, Canada may increase its canola exports to the EU amid greater access to export supplies due to trade tensions with China, which used to be one of the largest importers of Canadian canola.

Earlier today reported that the reserves of fresh water on the planet per capita according to the Food and Agriculture UNO have decreased over the past 20 years by more than 20 percent. Experts emphasized that biofuel production requires 400 times more water than fossil fuels.

It is believed that rapeseed products do not pollute the environment and do not generate toxic waste. Thanks to this most important quality, an environmentally friendly rapeseed fuel - biodiesel - was created. In addition to environmental friendliness, such fuel is cheaper than usual (traditional fossils are growing in price, it is more and more difficult to extract them, and not all countries have reserves).

Recommended:
DTEK creates an Investment hub for new Ukrainian energy in the UK
Electric vehicle production in Germany is growing at astronomical numbers - DW
Hot rolled sheet prices in the US topped $ 1,000 per ton for the first time in history
On this topic
Prospects for ship repair in Ukraine
Platts Steel Trade Review: China Will Decide Asia's Fate
Yuzhmash told whether it is possible to launch reusable rockets from the Black Sea
How the reform of the electricity market in Ukraine can lead to a collapse and what to do about it
Stopped nuclear power plants and mines. What's going on in the energy sector of Ukraine?
EU steel imports growth declines sharply in Q1 2019
Add a comment
Сomments (0)
News Analytics
Germany gave permission for the completion of Nord Stream 2 in January - May15-01-2021, 11:10
Zaporizhstal exported about 900 thousand tons of rolled metal along the Dnieper15-01-2021, 11:39
Russian automotive market shrank 9.1% in 202015-01-2021, 09:44
Installation of a spreader made by Ukrainian NKMZ continues in Uzbekistan15-01-2021, 09:06
KZhRK began work on the installation of a new skip hoisting unit at the15-01-2021, 09:37
China will overtake the United States to become the world's largest economy in27-12-2020, 12:04
The shortage in the US steel market will last at least until the end of the25-12-2020, 11:36
Steel production in China to surpass one billion tons this year23-12-2020, 10:59
Iron ore prices hit seven-year high and continue to rise15-12-2020, 10:26
Prices for metallurgical raw materials continue to rise in regional markets10-12-2020, 11:32
Sign in with: