Head of Japan Exchange Group Inc. Akira Kiyota will take over as head of the Tokyo Stock Exchange, replacing Koichiro Miyahara, who stepped down as President and CEO on Monday. 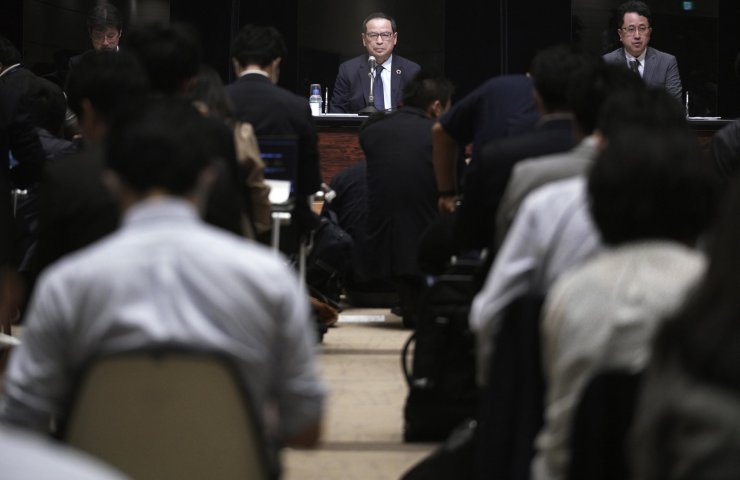 The head of the Tokyo Stock Exchange, Koichiro Miyahara, is stepping down due to a systemic trading failure that occurred last month.

The full-day trading halt on October 1 was the worst programmatic disruption in the history of Japan's financial system since the world's third largest stock market switched to fully electronic trading in 1999.

The exchange previously stated that the failure was the result of a hardware problem in the Arrowhead exchange trading system and the subsequent failure to switch to backup.

Miyahara will be the first CEO to step down following a series of blackouts on major exchanges in Australia, Europe and New Zealand this year.

The shutdown on October 1 happened due to the fact that Japan sought to raise the status of Tokyo as a world financial center. This glitch also stumped Fujitsu Ltd, which developed the Arrowhead exchange trading system.

Fujitsu said it is discussing internal disciplinary action, but nothing has been decided.

"The suspension of trading on the Tokyo Stock Exchange for an entire day significantly undermines investor confidence," the Financial Services Agency said in a statement, which noted that the exchange needs to clarify who is still responsible for such incidents.

Financial regulators conducted an on-site inspection of the exchange last month to investigate the reasons for the shutdown.

The exchange also announced that by March next year, the newly formed committee will develop new guidelines on how to resume trading after a system outage.

Recommended:
Turboatom and Electrotyazhmash discussed prospects for cooperation under Ukrhydroenergo contracts
Smart Holding switched to corporate services Microsoft 365
"Plant 410 Civil Aviation" will not pay for defective parts - court decision
On this topic
Japan's most important stock index drops sharply amid new coronavirus outbreak
Yuzhmash told whether it is possible to launch reusable rockets from the Black Sea
How the reform of the electricity market in Ukraine can lead to a collapse and what to do about it
Stopped nuclear power plants and mines. What's going on in the energy sector of Ukraine?
Nissan shares slumped 3% after news of the resignation of another top Manager
Japan and South Korea fell out completely
Add a comment
Сomments (0)
News Analytics
US and EU suspend the collection of duties that were imposed against each other05-03-2021, 22:48
Turboatom and Electrotyazhmash discussed prospects for cooperation under05-03-2021, 19:04
DMZ Yaroslavsky in February almost doubled the production of rolled products05-03-2021, 18:19
Sanjeev Gupta Metallurgical Alliance Stops Paying Greensill Loans05-03-2021, 18:18
China to build high standard free trade zone network to reach worldwide - Xinhua05-03-2021, 16:43
Spread between raw materials and high strength alloy steel in Europe increased01-03-2021, 20:21
Increase in prices is forecasted in the markets of steel raw materials -26-02-2021, 09:25
Troy ounce of gold will drop $ 500 in two years - Fitch25-02-2021, 18:29
Global iron ore production growth to outstrip cumulative production in India23-02-2021, 10:22
Fitch Ratings Warns of “Shocking Impact” on Fossil Fuel Exporters18-02-2021, 14:44
Sign in with: