From 2021, Kazakhstan will begin to gradually revise the legislative norms of outdated tax and regulatory requirements. 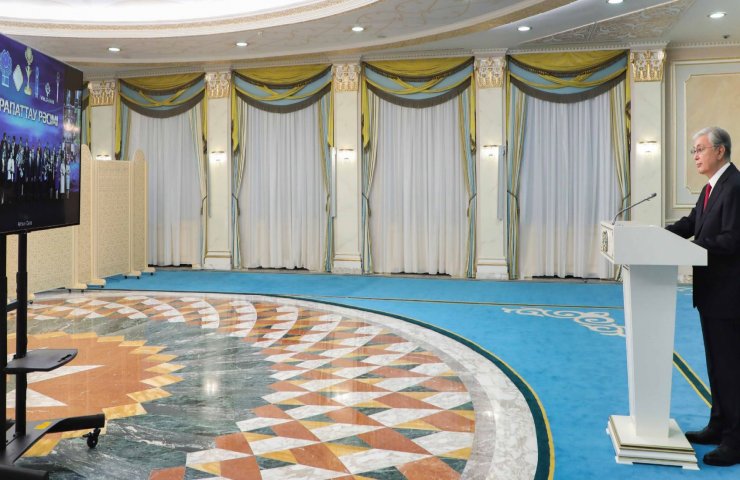 In Kazakhstan, starting from 2021, legislative norms will be gradually adopted to revise the current requirements for regulating entrepreneurship. This was stated by the President of Kazakhstan Kassym-Zhomart Tokayev at the awards ceremony for the winners of the "Altyn Sapa" competition.

“Starting from next year, legislative norms will be gradually adopted to revise existing requirements and introduce the principle of“ regulation from scratch ”. This will allow removing irrelevant provisions and duplicating rules, creating a fundamentally new system of "Smart regulation" of business, "said Kassym-Zhomart Tokayev.

In his speech, the President noted that over the years of independence, with the support of the state, a new galaxy of domestic businessmen has formed, which have become the main driving force of the national economy.

“During industrialization, more than 1300 new industries have been launched in the country. The production of many goods that were not previously produced has been established. 200 thousand jobs were created. Our citizens are learning new professions in accordance with modern requirements. All this leads to an increase in the competitiveness and well-being of our people. Our goal is to make Kazakhstan a strong state, "the president said.

This year, the Pavlodar branch of the metallurgical company KSP steel LLP was the winner of the Altyn Sapa competition in the Best Innovative Project nomination.

Recommended:
A plot with copper deposits in the Volyn region of Ukraine has risen in price at auction 483 times
All Porsche cars will soon be electric except the Porsche 911 - Oliver Bloom
South African authorities recognize mineral resource management as a constraint
On this topic
Ukraine agreed with the EU to start consultations on the revision of the Association Agreement
KAZ Minerals evacuates personnel from Bozymchak mining and processing complex in Kyrgyzstan
Yuzhmash told whether it is possible to launch reusable rockets from the Black Sea
Eyewitnesses reported details of the deadly plane crash in Kazakhstan
The fall in steel prices has reduced the foreign currency proceeds to the budget of Ukraine
The Verkhovna Rada will consider a bill to legalize the market of scrap metal
Add a comment
Сomments (0)
News Analytics
Coronavirus drove Belgian skiers to the slopes of the Charleroi waste heap07-03-2021, 13:52
US Steel focuses on the production of nanosteel for high-strength alloys07-03-2021, 13:46
Poland could lead the race in hydrogen steel technology07-03-2021, 11:29
US Senate Adopts $ 1.9 Trillion Stimulus Package06-03-2021, 23:54
Tibet invests about $ 30 billion in infrastructure projects in 5 years06-03-2021, 14:39
Spread between raw materials and high strength alloy steel in Europe increased01-03-2021, 20:21
Increase in prices is forecasted in the markets of steel raw materials -26-02-2021, 09:25
Troy ounce of gold will drop $ 500 in two years - Fitch25-02-2021, 18:29
Global iron ore production growth to outstrip cumulative production in India23-02-2021, 10:22
Fitch Ratings Warns of “Shocking Impact” on Fossil Fuel Exporters18-02-2021, 14:44
Sign in with: