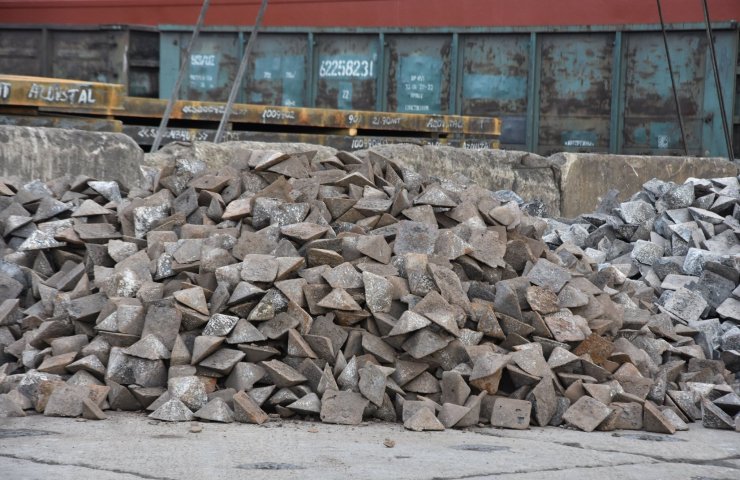 Influenced by the increase in the cost of scrap metal and flat-rolled products, quotations of cast iron grew during November. The upward trend in the cost of pig iron was also supported by a reduction in capacity utilization in Brazil and a minimal supply from CIS suppliers.

In the current conditions, importers tried to actively negotiate so as not to purchase material at higher prices in the future. In response, suppliers were in no hurry to raise quotations, keeping raw materials in warehouses for sale during the winter months. As a result, during November, pig iron prices increased by $ 40-50 in all key regions.

The beginning of December did not bring any changes, quotations of raw materials continued to grow. Traders continued the aggressive pricing policy launched in November, taking advantage of the prevailing conjuncture - the growth in demand for flat products and the rapid increase in the cost of scrap metal leaves buyers no chance to at least keep quotes at the current level. In addition, not all major players have replenished stocks at the moment, which forces them to agree to the terms of exporters.

Analysts of Ukrpromvneshexpertiza predict that in December the quotations of cast iron will continue to increase due to the seasonal complication of material delivery conditions and an increase in steelmaking capacity utilization in the USA and Turkey. Prices will be positively impacted by rising flat and long steel prices in Turkey, Italy and the United States, as well as the anticipated increase in the spot price of iron ore. As a consequence, the initiative in pricing will remain firmly in the hands of traders. The forecasted range of quotations in December is $ 390-420 per ton with loading on ship (FOB).

On the regional scrap metal markets in November, quotations grew rapidly. The growth drivers were low supply and active restocking by Turkish and South Korean metallurgists. At the same time, purchases of material were carried out in all directions in an attempt to diversify the sources of raw materials and thus contain the rise in prices. However, this tactic did not bring tangible results.

In the first week of December, scrap metal quotations continued to rise against the backdrop of limited supply from American and European suppliers, as well as rather active demand from Turkish and South Korean importers, who are trying to replenish stocks for the winter period before the material becomes even more expensive. As a result, at the moment the prices for scrap HMS 1 & 2 (80:20) have increased to $ 360 per tonne with delivery (CIF) in the Mediterranean ports of Turkey.

According to the forecasts of the UPE experts, in December, scrap metal quotes will continue to grow against the backdrop of an increasing seasonal deficit and growing demand from buyers in Turkey and South Korea. The increase in demand for raw materials will be driven by an increase in steelmaking capacity in the United States and Turkey, as well as a limited supply of material from European and American suppliers. Along with this, an increase in prices for square billets and rebar is expected, as well as complication of the terms of delivery of scrap metal, which will allow suppliers to dictate the terms of cooperation. The forecast range of prices for scrap in December is 355-370 dollars per ton with delivery to the buyer's port (CIF).

Recommended:
ArcelorMittal increases prices for rolled metal in Europe for the fifth time in three months
NKMZ will ship the third cooler to Poltava GOK
Zaporizhstal in January 2021 reduced the production of pig iron, steel and finished rolled products
On this topic
Platts Steel Trade Review: China Will Decide Asia's Fate
A decrease in business activity is observed in the regional markets for metallurgical products
Prices continue to rise in the long and flat steel markets
The number of deals made in the regional scrap markets is growing
Express analysis of the steel market in the new economic environment: companies prepare for a
Steel prices will continue to fall, but the bottom is close
Add a comment
Сomments (0)
News Analytics
Ministry of Commerce: China intends to strengthen trade and economic ties with24-02-2021, 18:49
Vostochny GOK in 2020 increased the production of uranium concentrate by 7%24-02-2021, 18:58
For the first time in Ukraine, recirculators and irradiators for air24-02-2021, 18:37
Novokramatorsk Machine-Building Plant keeps sales and production at the level24-02-2021, 17:53
The English court rejected the claims of the Russian "Tatneft" against24-02-2021, 17:42
Global iron ore production growth to outstrip cumulative production in India23-02-2021, 10:22
Fitch Ratings Warns of “Shocking Impact” on Fossil Fuel Exporters18-02-2021, 14:44
Raw material prices rise by about 10.5% in January 2021 - Deutsche Industriebank12-02-2021, 10:48
JP Morgan Analysts Announce New Super Growth Cycle in Commodities11-02-2021, 17:56
S&P Global Platts predicts first drop in domestic steel demand in China in 510-02-2021, 12:26
Sign in with: