In August, Ukraine increased its foreign exchange earnings from the export of scrap metal 40 times

Ukrainian enterprises received 34.41 million dollars in foreign currency earnings from the export of scrap metal in August 2021, compared with 848.72 thousand dollars in August 2020. 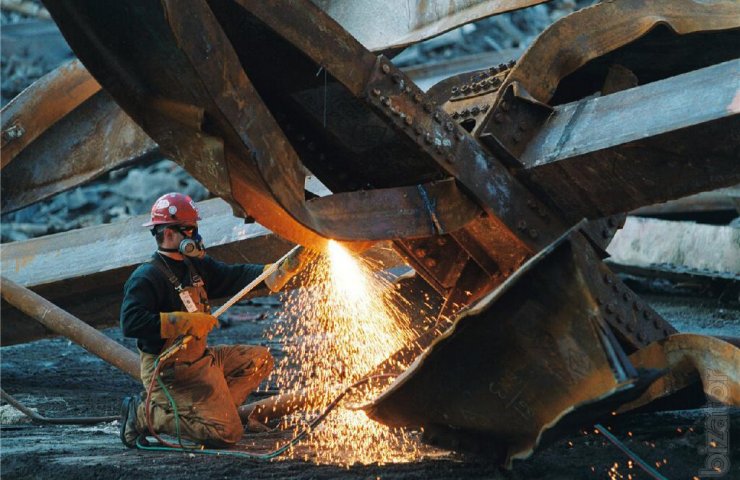 According to preliminary data from the State Customs Service of Ukraine, in August 2021, revenues from the export of ferrous scrap amounted to $ 34.41 million, which is 40 times more compared to $ 848.72 thousand in August 2020. In general, since the beginning of the year, Ukraine has increased its foreign exchange earnings from the export of scrap metal by 29.5 times compared to the same period last year - from $ 5.324 to $ 157.15 million.

General exports of ferrous metals and metallurgical raw materials from Ukraine in January-August amounted to 13.2 million tons worth $ 8.92 billion. Compared to the previous year, there is an increase in export deliveries in physical terms by 4.9%, in monetary terms - an increase in foreign exchange earnings by 75.0%.

Recommended:
Novokramatorsk Machine-Building Plant built and tested two new straightening-pulling machines
Bill Gates Raises Over $ 1 Billion To His Clean Energy Fund
US Hot Rolled Coil Price To Exceed $ 2,000 - MEPS
On this topic
Ukraine increased revenue from export of scrap metal by 27 times
Ukrainian Association of Secondary Metals Opposes the Ban on the Export of Scrap Metal
Scrap collectors of Ukraine are surprised by the statements about the deficit of scrap metal at the
Ukraine at the beginning of 2021 increased foreign exchange earnings from the export of ferrous
World steel production up 0.6% in August - WorldSteel
In Ukraine, the forecast drop in steel production by 7% in 2020
Partner news
Сomments
Add a comment
Сomments (0)
News Analytics
DTEK, the first industrial energy storage system in Ukraine, has been certified25-09-2021, 10:00
Russia reduced the export of ferrous metals by 12.7%24-09-2021, 20:05
Kamensky Mayor's Office asked Akhmetov and Novinsky to pay UAH 1.5 billion of24-09-2021, 14:17
Poland's largest coal exporter plans to invest in the steel industry24-09-2021, 12:48
Mechanical engineering of the Donetsk region of Ukraine falls for the second24-09-2021, 11:32
Moody's changes its outlook for the mining and metals industry from "positive"14-09-2021, 18:39
European steel prices decline from summer highs and remain stable high04-09-2021, 10:38
Rise in European steel prices to dizzying levels finally fizzled out - Bloomberg27-08-2021, 13:18
Gold continues to be the most efficient portfolio asset - WGC26-08-2021, 12:38
Falling iron ore prices caught Wall Street by surprise - WSJ23-08-2021, 13:57
Sign in with: