Iranian diplomacy notes the growing understanding between the parties to the nuclear deal after the start of uranium enrichment to 60%. 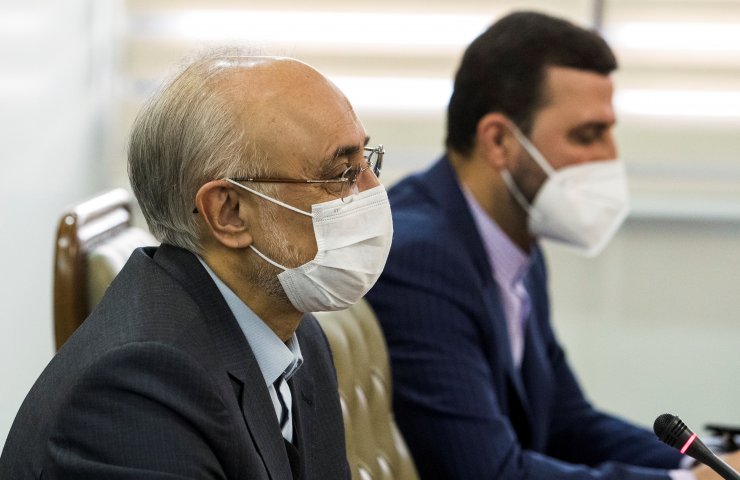 The International Atomic Energy Agency (IAEA) has confirmed previous statements by the Iranian authorities that the country has begun the process of uranium enrichment to 60 percent.

"The agency today found out that Iran has begun production of uranium enriched to 60 percent ... using centrifuges at the enrichment plant in Natanz," the IAEA said.

Iran positively assesses the course of negotiations in Vienna on the renewal of the agreement on the nuclear program of the Islamic Republic. This was announced by Deputy Foreign Minister Abbas Aragchi.

“It looks like we are on the right track,” the diplomat tweeted. Earlier, he said that the Iranian delegation presented its proposals, which, according to Aragchi, could become the basis for work on a common document following the talks: “It seems that the parties are coming to a new understanding and all parties now share common goals. Now we understand better where we need to move. ”

After days of intensive talks, it appears that we are now on the right track. But difficult way to go. Too soon to predict the result. Expert Groups continue their hard work of clarifying important questions.

Negotiations on the resumption of the nuclear deal with Iran are being held with the participation of Russia, China, Germany, Great Britain and France. Tehran is seeking the lifting of sanctions in exchange for limiting nuclear development in the Islamic Republic. The dialogue is taking place against the backdrop of IAEA reports on an increase in the level of uranium enrichment at the Iranian plant in Natanz to 60%.

Recall that after Incident at the Iranian nuclear facility in Natanz, in which the country's authorities blamed Israel, Tehran announced its intention to enrich uranium to 60 percent from April 14.