Tesla's success prompted all of the world's largest automakers to invest in electric vehicles, most of which were skeptical about the future of electric cars. 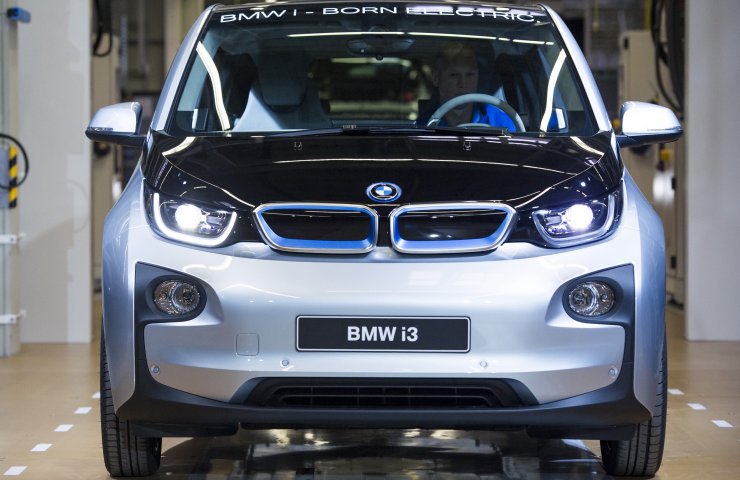 “We are significantly increasing the number of electric vehicles. In the period from 2021 to 2023, we will build a quarter of a million more electric vehicles than originally planned, ”he said.

According to Zipse, by 2023 BMW wants about one in five cars sold to be equipped with an electric engine, up from about 8% this year.

The BMW CEO also reiterated his call to accelerate the expansion of the charging station infrastructure.

“In Germany, about 7-10 million electrified vehicles are expected to drive on the roads in 2030. Since each vehicle must charge, you will need a total of about 8-11 million charging points, of which 1 million are public. Starting today, 15,000 private and about 1,300 public charging points have to be commissioned every week. Unfortunately, we are far from that, ”he said.

Recommended:
The head of the State Geological Survey of Ukraine offered ArcelorMittal Kryvyi Rih deposits of scarce metals
Airbus aircraft sales exceed analysts' wildest forecasts for 2020
Polish President urged the European Union to strengthen sanctions against Russia
On this topic
Korean auto makers will switch to hydrogen engines with help from Chinese steelmakers
BMW puts on China and expects "a very slow" recovery in demand in other countries
DTEK offers a 25 hryvnia "fill" the car with electricity for 200 kilometers
Tata Group Transfers India to Electric Vehicles
Volkswagen: plan to develop electric vehicles in India is tempting, but not yet viable
Is the German auto industry preparing for a collapse?
Add a comment
Сomments (0)
News Analytics
In 2021, an analogue of the US Department of Defense Research Projects Office26-01-2021, 11:24
Turkey plans to produce 100 tons of gold annually26-01-2021, 11:15
Energomashspetsstal successfully handed over to the customer 8 covers for the26-01-2021, 10:31
Russian Magnitka expects high profits and further rise in steel prices26-01-2021, 10:31
Large oil and gas field discovered in the South China Sea26-01-2021, 09:08
China will overtake the United States to become the world's largest economy in27-12-2020, 12:04
The shortage in the US steel market will last at least until the end of the25-12-2020, 11:36
Steel production in China to surpass one billion tons this year23-12-2020, 10:59
Iron ore prices hit seven-year high and continue to rise15-12-2020, 10:26
Prices for metallurgical raw materials continue to rise in regional markets10-12-2020, 11:32
Sign in with: