The Danish group of companies strives to reduce costs in the sector in order to remain competitive with other renewable energy technologies. 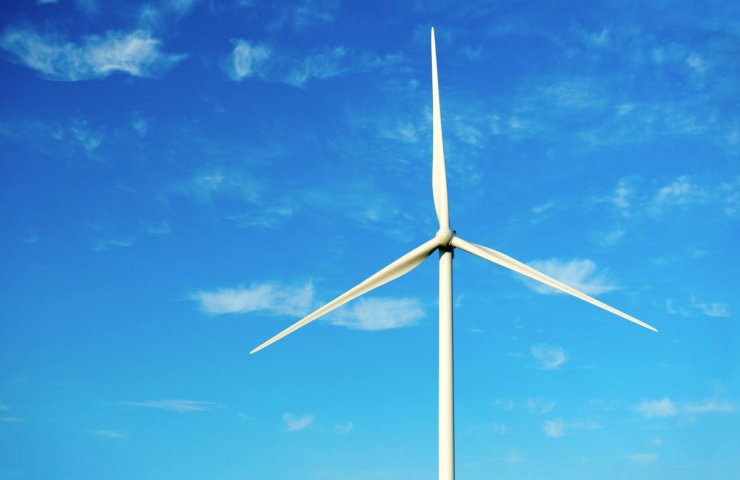 The Danish group of companies Vestas plans to build the world's tallest offshore wind turbines. The company said on Wednesday that its new wind turbines will be 260 meters high, nearly equal to the tallest skyscraper in the City of London or Rockefeller Center in New York.

According to Vestas CEO Henrik Andersen, the growing scale of new offshore installations will help reduce the cost of generating electricity.

Larger wind turbines can produce more power per tower, which reduces the overall construction cost. The blades of the new turbine will be 115 meters long, and the area covered by one rotation of the blades is equivalent to about six football fields.

The number of offshore wind farms is expected to skyrocket in the next few years, especially in the UK, where Prime Minister Boris Johnson has pledged to make the country the "Saudi Arabia of the Wind."

There is also some speculation that record prices offered in the UK are also likely to drive up electricity bills as the winners will have to recover their costs in some way or projects will be unprofitable.

Vestas, which makes turbines and sells them to wind power developers, reported slightly lower profits in 2020 than the previous year, and the company's share price fell 2% in early trading on Wednesday. While Vestas' revenues grew 22 percent last year, earnings before interest and taxes fell 25 percent, in part due to increased production costs associated with the coronavirus pandemic.

Andersen also admitted that Vestas was late with the production of giant turbines. “In 2019-2020, we did not have the right technological roadmap, we were not competitive compared to the alternatives GE and Siemens at that time. ... ... that is why today we are taking another step in the development of technology. ”

Recommended:
Energomashspetsstal invested UAH 4 million in environmental projects in 2020
Manufacturers will begin to create their own car parks so as not to overpay to private traders - expert opinion
DTEK starts inspecting its thermal power plants using drones
On this topic
UK to ban new petrol cars by 2030, hybrids by 2035
How the reform of the electricity market in Ukraine can lead to a collapse and what to do about it
Stopped nuclear power plants and mines. What's going on in the energy sector of Ukraine?
Russian military exports not affected by the sanctions - Rostec CEO
Manufacturer of wind turbines Vestas increased its net profit by 55%
A new lawsuit for "Gazprom": what does "Naftogaz" in the Stockholm arbitration?
Add a comment
Сomments (0)
News Analytics
Gas prices in Ukraine have reached a record value over the past two years -16-04-2021, 17:24
Ukrmetallurgprom asks the Antimonopoly Committee to allow Metinvest to bid for16-04-2021, 17:23
A fatal accident occurred on the territory of the Dnieper Metallurgical Plant16-04-2021, 13:01
Cars built for Euro 2012 will be repaired at the Kryukov Carriage Works16-04-2021, 12:46
Novokramatorsk Machine-Building Plant has raised wages for the second time16-04-2021, 12:54
World Steel Association predicts a good year for metallurgists15-04-2021, 18:19
World Steel Association defines green steel and its variations12-04-2021, 13:14
China unlikely to cut steel capacity in 2021 due to high steel prices07-04-2021, 12:11
Scrap metal market at the beginning of April02-04-2021, 11:10
Rising Chinese Prices Fueled Rising Global Steel Prices - MEPS25-03-2021, 18:54
Sign in with: