Just a week ago, it was announced the sale of the production of mining equipment, and today it became known about the deal on the infrastructure business of Thyssenkrupp. 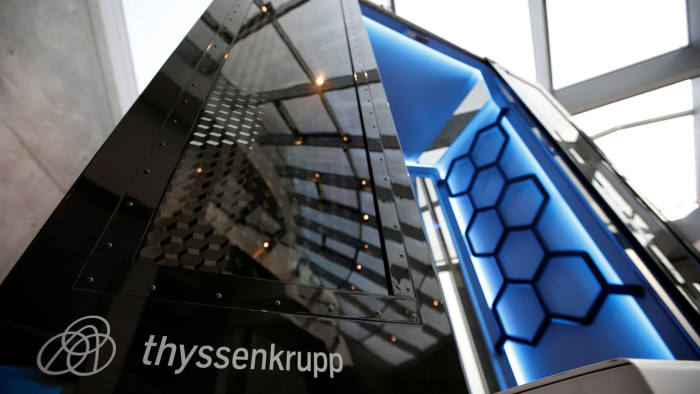 Thyssenkrupp Concern on Thursday announced its agreement to sell the infrastructure business unit to a German investment company FMC Beteiligungs KG for an undisclosed amount, which was the second deal in the last week to sell assets that the German conglomerate has declared non-core.

The deal requires EU regulatory oversight approval and approval from the supervisory board of thyssenkrupp AG itself. The deal, which is expected to close in the second half of the year, will take place a few days after Thyssenkrupp sold my mining equipment business to Danish FLSmidth.

Both divisions are part of Thyssenkrupp's Multi Tracks division, which consists of businesses that the group wants to sell, restructure or close down to focus on its most profitable divisions.

“Following the successful sale of the infrastructure business, we are taking the next step in improving the Multi Tracks portfolio and further contributing to the transformation of Thyssenkrupp,” said Volkmar Dienstul, CEO of Thyssenkrupp Multi Tracks. “The high interest in shopping underlines Infrastructure's leading portfolio of products and services, as well as the capabilities and expertise of its people.”

The last in the Multi Tracks package remains Thyssenkrupp's Italian stainless steel division AST. The concern said last week that it is in talks with several potential buyers of the plant.

Финансовая аналитика, прогнозы цен на сталь, железную руду, уголь и другие сырьевые товары. More news and analytics on Metallurgprom telegram channel - subscribe to get up-to-date market information and price forecasts faster than others.
Сomments
Add a comment
Сomments (0)
On this topic
German concern ThyssenKrupp sells its mining business
Reuters: Ukraine is not negotiating on debt restructuring
The European investment Bank ceases to Fund projects associated with coal, oil and gas
Thyssenkrupp will lay off 11,000 people to stop losses rising to 1.6 billion euros
The European vehicle manufacturers Association expects a record decline in sales in 2020
Baku Steel Company appoints new director to replace Mammadov, who was arrested the day before
Recommended:
Battery output in China rose significantly in August
Ukraine's foreign exchange earnings from the export of ferrous metals decreased by $4 billion
In August, the truck market in Ukraine decreased by 62%
News Analytics
The production of passenger cars in Russia decreased by 2.8 times in eight29-09-2022, 11:19
Donetsk and Torez electrotechnical plants will start producing electrical29-09-2022, 11:37
Ukrainian coking plants reduced gross coke production by 55.2%29-09-2022, 11:28
China ramps up investment in transport to bolster economy29-09-2022, 11:33
The heads of mining companies named the main risks for business29-09-2022, 10:03
China production cuts in winter will give limited boost to steel markets -15-09-2022, 10:09
Steel prices may rise as manufacturers stop production11-09-2022, 14:06
IREPAS: The global long products market is in a "dramatic situation"10-09-2022, 20:49
Steel prices are unlikely to rise significantly in the near future - analysts02-09-2022, 22:58
Steel prices may move up on new data from China31-08-2022, 12:19
Sign in with: