Every fourth new passenger car in Germany had an alternative engine in 2020. Of the electric models, the small class and SUVs were in greatest demand. 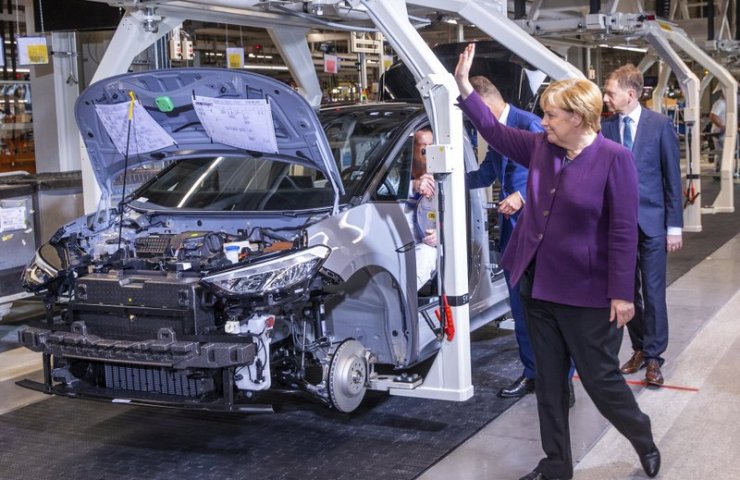 According to German journalists, this segment of Europe's largest automotive market has seen rapid growth. Sales of battery electric vehicles (BEV) more than tripled over the year (by 206.8%) to 194,163 units.

The demand for Plug-in Hybrid Electric Vehicle (PHEV) grew at an even higher rate (342.1%). As a result, 200,469 new plug-in hybrids were registered. In total, sales of various types of hybrids reached almost 528 thousand. As a result, about one in four new passenger cars that hit German roads last year had an alternative engine, KBA points out.

The fundamental change in user demand was largely due to the support program of the German government, which, for environmental and climatic reasons, actively promotes electric vehicle manufacturers by providing subsidies to buyers of electric vehicles and plug-in hybrids that can reach 9 thousand euros.

“With about 22% growth in new electric vehicle registrations achieved in the last quarter of 2020, the federal government's proclaimed target of 7 to 10 million registered electric vehicles in Germany by 2030 could be met ", - said the head of KBA Richard Damm.

KBA statistics allow us to draw some more conclusions about the specifics of the German electric vehicle market. Best of all in 2020 were BEVs belonging to the small class (29.9%), urban SUVs (19.9%), compact class (19.6%) and mini class (16.2%). The middle class was less in demand, the business class was much less in demand.

Thus, the inhabitants of Germany bought electric cars mainly for city driving or as a second car in the family. Or opted for the most fashionable urban SUVs lately. It is in these market segments that the Volkswagen Group is well positioned with the VW and Audi brands. The electric vehicle VW ID.4 also belongs to the SUV class, sales of which should begin in the 1st quarter of this year.

But just in this class, the concern may soon face strong competition from the American company Tesla, which, after completing the construction of its gigafactory near Berlin, is going to start production of the Model Y city SUV there this summer.