Construction of a railway line bypassing Almaty station will speed up the passage of goods in the Chinese direction. 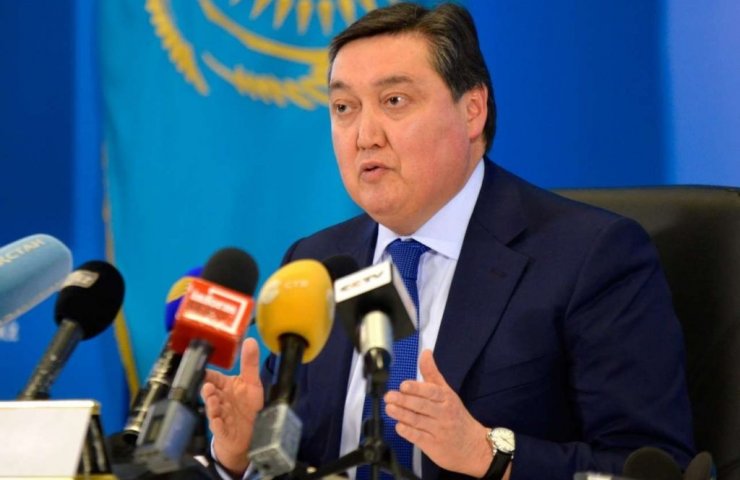 To increase the influx of tourists, the construction of a high-speed railway on the route Turkestan-Shymkent-Tashkent will begin. This was announced on Tuesday by the Prime Minister of Kazakhstan Askar Mamin.

He added that the domestic tourist flow will be about 4.5 million people and will show an increase of 22%. The share of tourism in the country's GDP will be increased to 5.2%.

The head of the government of Kazakhstan said that in order to modernize the transport infrastructure and realize the transport potential within the framework of the Nurly Zhol (Bright Way) state program, 6 thousand km of roads will be completed and reconstructed.

Финансовая аналитика, прогнозы цен на сталь, железную руду, уголь и другие сырьевые товары. More news and analytics on Metallurgprom telegram channel - subscribe to get up-to-date market information and price forecasts faster than others.
Сomments
Add a comment
Сomments (0)
On this topic
Shanghai relocates 5-story school building with a "walking machine" (Video)
U.S. Secretary of state Mike Pompeo will visit Ukraine in the new year
Concorde Capital told about the preparations for the privatization of the largest coal companies of
The Ukraine-EU summit may be postponed again - the head of the European Commission went into
The steel industry, the United States recognized itself the most energy efficient in the world
Thyssenkrupp sold two business lines in a week, considering them unprofitable
Recommended:
Russian steel production fell by 6%
China to halve ferroalloy production due to weak demand
Platinum market to face shortage next year - WPIC
News Analytics
Chinese steel exports up 28.2% - customs data07-12-2022, 23:43
UK approves construction of new coal mine for the first time in 30 years07-12-2022, 23:29
Analysts predict 5% annual growth in the iron casting market through 203006-12-2022, 12:44
Oman to build a new steel plant worth $3 billion in 3 years06-12-2022, 12:14
Tesla's Shanghai gigafactory set a new record for electric vehicle shipments in05-12-2022, 15:24
Analysts predict 5% annual growth in the iron casting market through 203006-12-2022, 12:44
Commodity prices will fall, metals quotes will rise slightly - Focus Economics28-11-2022, 13:28
Platinum market to face shortage next year - WPIC22-11-2022, 18:25
Global steel demand falls and will fall by 2.3% in 2022: WorldSteel19-10-2022, 23:12
Iron ore prices fall to 11-month low15-10-2022, 10:36
Sign in with: