Ms. von der Leyen participated in a meeting with a person who was diagnosed with COVID-19. Therefore, in accordance with the rules in force in the EU, it self-isolated until tomorrow morning. 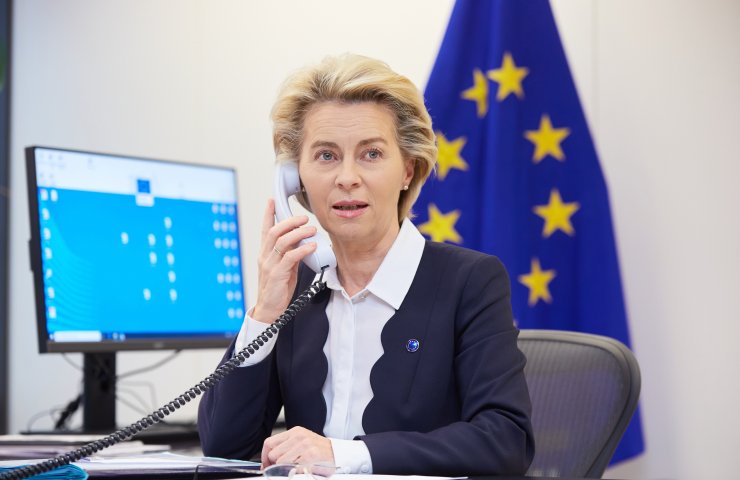 European Commission President Ursula von der Leyen announced self-isolation due to contact with a carrier of the coronavirus. In a tweet, the politician notes that she made this decision immediately after receiving information about the potential danger.

I’ve been informed that I participated in a meeting last Tuesday attended by a person who yesterday tested positive for COVID-19. In accordance with regulations in force, I’m therefore self-isolating until tomorrow morning. I’ve tested negative on Thursday & am tested again today

One of the interlocutors with whom von der Leyen met last Thursday passed a positive test for COVID-19. On the same day, she was tested for coronavirus, which turned out to be negative. Now she is waiting for the results of a new test. According to the rules in force in Belgium, if this study does not confirm the presence of infection in the body, tomorrow the head of the European Commission will be able to return to normal work.

On Tuesday, von der Leyen is scheduled to meet with Ukrainian President Volodymyr Zelensky in Brussels as part of the EU-Ukraine annual summit. The Ukraine-EU summit, which was initially planned for October 1, was postponed to October 6.

Earlier, the President of the European Council Charles Michel, who was supposed to arrive in Kiev on September 26, went into self-isolation on September 22 due to the coronavirus in one of his security personnel.

Recommended:
Interpipe denied the scandalous statements of the ex-director for economics of Ukrzalinitsa
Zaporozhtransformer started deliveries of energy efficient autotransformers
Metinvest will create new jobs for youth
On this topic
European Trade Commissioner Phil Hogan, who violated quarantine rules, resigns
The holding company of Rinat Akhmetov promised to ensure an uninterrupted supply of heat and light
The European Commission recommended the EU Council to immediately begin negotiations with the UK
The US state Department has called the date of visit Mike Pompeo in Kiev
The "green deal" will cost the European Union $ 100 billion
The European Commission does not have time to collect the full composition of the commissioners
Add a comment
Сomments (0)
News Analytics
Innovative matrix headlights on the Audi E-Tron19-10-2020, 22:43
Tensions rise between China and Australia over commodity trade14-10-2020, 18:15
The European Union confirms its intention to introduce a border tax on carbon13-10-2020, 13:20
ArcelorMittal Europe to start producing green steel from 202013-10-2020, 12:44
Kremenchug refinery launched an isomerization unit13-10-2020, 12:43
Dolomite powder market to reach USD 33.44 billion by 202705-10-2020, 12:33
Iron ore prices to surpass six-year high soon16-09-2020, 10:32
World Oil Demand Peak May Be Over - BP15-09-2020, 09:05
China expands car market capacity by increasing demand for steel and metals11-09-2020, 10:56
Prices continue to rise in the long and flat steel markets08-09-2020, 14:25
Sign in with: