The head of the CCI called agriculture one of the most promising areas of cooperation between Ukraine and China. 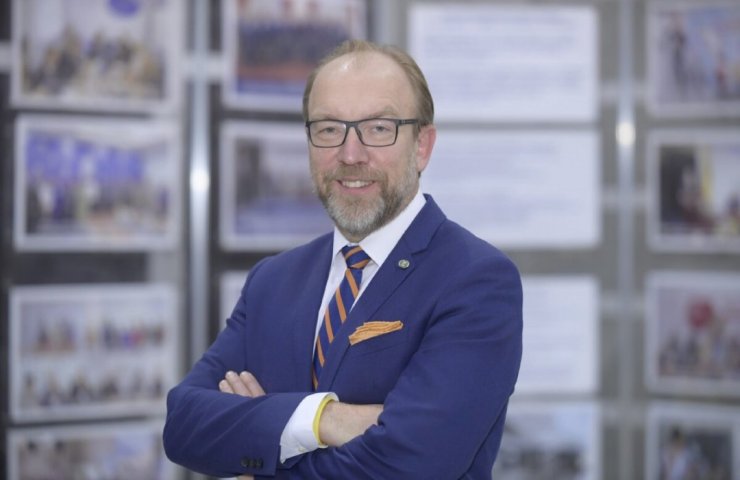 Ukrainian business sees great opportunities in expanding China's openness to the outside world, said Gennady Chizhikov, President of the Ukrainian Chamber of Commerce and Industry (CCI), in an interview with Xinhua.

He is confident that the current positive trends will be preserved, so how Ukraine and China have already created a strong institutional base to strengthen bilateral trade and economic ties. An important element of this base is the regular meetings of the Commission on Cooperation between the Governments of Ukraine and the PRC.

The head of the CCI believes that the development of e-commerce and the launch of regular container trains between Ukraine and China, which will significantly reduce the time of delivery of goods, will also contribute to the further increase in bilateral trade.

At the same time, G. Chyzhikov stressed that the Ukrainian Chamber of Commerce and Industry makes a significant contribution to the strengthening of Ukrainian-Chinese trade and economic relations. Together with its partner, the China Committee for the Promotion of International Trade, the CCI regularly holds business forums and other events for entrepreneurs of the two countries.

In addition, the organization has opened its offices in 5 provinces of the PRC and actively participates in the largest exhibitions held in China. All this gives Ukrainian enterprises the opportunity to enter the huge and solvent Chinese market, said G. Chizhikov.

One of the most promising areas of cooperation between Ukraine and China, the head of the CCI called agriculture, since China actively imports food, and Ukraine is one of the world's largest producers of agricultural products: sunflower oil, corn, wheat, etc.

According to G. Chizhikov, Ukrainian agrarians will consistently increase yields through the introduction of new technologies, which will allow Ukraine to eventually become an important food supplier to the Chinese market. At the same time, the head of the CCI stressed that Ukrainian producers would like to export to China not only raw materials, but also finished food products, gaining the trust of Chinese consumers due to the high quality of these goods.

G. Chizhikov expressed the hope that after the sessions of the All-China Committee of the People's Political Consultative Council of China and the National People's Congress, which will be held in Beijing in early March, the PRC will continue to expand its openness. This, he said, is expected by all countries of the world, but especially by the participants of the Belt and Road initiative, including Ukraine.

The head of the Chamber of Commerce and Industry also welcomed the fact that China is paying more and more attention to issues such as environmental protection, poverty alleviation and business support.

According to him, Ukrainian business positively assesses the consistency and clarity of the actions of the PRC leadership, as well as the desire of the Chinese side to strengthen trade and economic ties with Ukraine. Thanks to this, cooperation between the two countries will have a great future, G. Chizhikov is sure.

Recommended:
Energomashspetsstal completed half of the work on the manufacture of the reactor vessel shell of the Akkuyu NPP
Liberty Steel plans to resume production in the UK next week
State Enterprise "Ukrhimtransammiak" exceeded the plan for the transit transportation of ammonia by 17.8%
On this topic
Ministry of Commerce: China intends to strengthen trade and economic ties with the United States
China and Ukraine held the fourth meeting of the Intergovernmental Commission on Cooperation
Yuzhmash told whether it is possible to launch reusable rockets from the Black Sea
How the reform of the electricity market in Ukraine can lead to a collapse and what to do about it
Stopped nuclear power plants and mines. What's going on in the energy sector of Ukraine?
The head of the Ukrainian chamber of Commerce announced that China became a leader of the open
Add a comment
Сomments (0)
News Analytics
Gas prices in Ukraine have reached a record value over the past two years -16-04-2021, 17:24
Ukrmetallurgprom asks the Antimonopoly Committee to allow Metinvest to bid for16-04-2021, 17:23
A fatal accident occurred on the territory of the Dnieper Metallurgical Plant16-04-2021, 13:01
Cars built for Euro 2012 will be repaired at the Kryukov Carriage Works16-04-2021, 12:46
Novokramatorsk Machine-Building Plant has raised wages for the second time16-04-2021, 12:54
World Steel Association predicts a good year for metallurgists15-04-2021, 18:19
World Steel Association defines green steel and its variations12-04-2021, 13:14
China unlikely to cut steel capacity in 2021 due to high steel prices07-04-2021, 12:11
Scrap metal market at the beginning of April02-04-2021, 11:10
Rising Chinese Prices Fueled Rising Global Steel Prices - MEPS25-03-2021, 18:54
Sign in with: