A dry cargo ship with a Ukrainian crew crashed in the Black Sea: two crew members were killed

The sinking of the ship with a cargo of coal occurred 70 nautical miles, about 150 km off the coast of Romania. 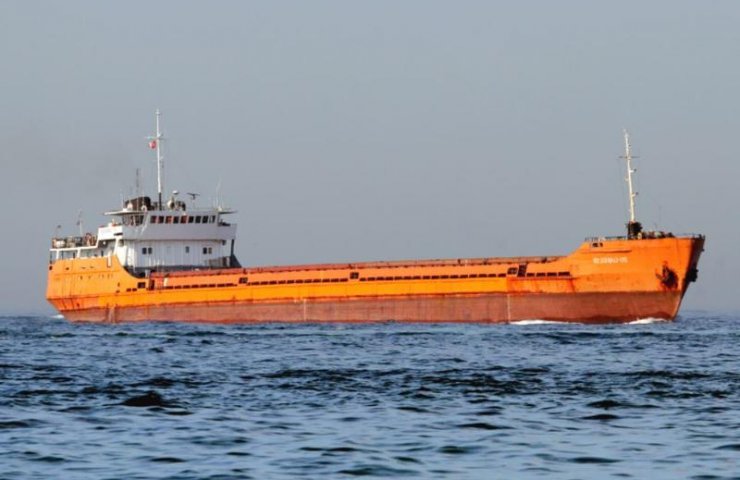 At least two people died in the crash of a bulk carrier in the Black Sea. The Volgo-Balt 179 sank off the coast of Romania. There were 13 sailors on board. 10 people were rescued, another crew member is being searched. Such data was reported by the company GPS Falcon, which received the distress signal. It is noted that the rescue operation began "in extremely difficult weather conditions."

At the moment, a tug under the Romanian flag is trying to save the rest of the crew from Russian cargo. The incident could have been due to a strong storm and wind blowing at this very strong hour.

According to preliminary data, the Volgo-Balt 179 dry cargo ship was sailing under the flag of the Comoros from Rostov-on-Don to Constanta. The crew consisted of Ukrainian citizens. Rosmorrechflot reported that the owner of the vessel is registered in Estonia.

Recommended:
In Kiev, the director of one of the plants of the State Corporation "Ukroboronprom" will appear before the court
Interpipe intends to go beyond standard tenders in working with suppliers
Russia will respond to the European Green Deal by creating a "back-up system" of trade rules
On this topic
In the port of Mariupol, two ships with a cargo of steel billets are stuck in ice
Prospects for ship repair in Ukraine
Kherson shipyard is upgrading the cargo vessel "Gelius 1" with the increase of its tonnage, 45%
Yuzhmash told whether it is possible to launch reusable rockets from the Black Sea
In Singapore for the debts of the arrested "Sevastopol"
Investigation results: The crash of the Boeing 737 Max Lion Air was caused by a combination of 9
Add a comment
Сomments (0)
News Analytics
Gas prices in Ukraine have reached a record value over the past two years -16-04-2021, 17:24
Ukrmetallurgprom asks the Antimonopoly Committee to allow Metinvest to bid for16-04-2021, 17:23
A fatal accident occurred on the territory of the Dnieper Metallurgical Plant16-04-2021, 13:01
Cars built for Euro 2012 will be repaired at the Kryukov Carriage Works16-04-2021, 12:46
Novokramatorsk Machine-Building Plant has raised wages for the second time16-04-2021, 12:54
World Steel Association predicts a good year for metallurgists15-04-2021, 18:19
World Steel Association defines green steel and its variations12-04-2021, 13:14
China unlikely to cut steel capacity in 2021 due to high steel prices07-04-2021, 12:11
Scrap metal market at the beginning of April02-04-2021, 11:10
Rising Chinese Prices Fueled Rising Global Steel Prices - MEPS25-03-2021, 18:54
Sign in with: