For the first time in Ukraine, a large wind farm will be built without a "green tariff". 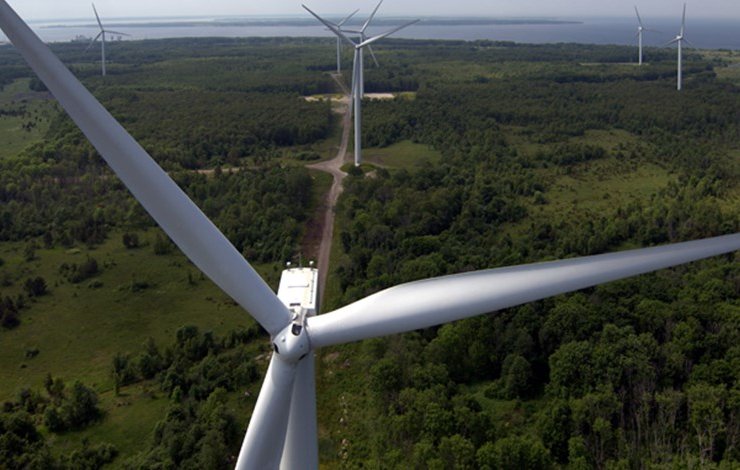 Chinese company PowerChina and Ukrainian WindFarm signed a contract on the joint implementation of a project for the construction of a wind farm with a capacity of 800 MW in the Mangush and Nikolsky districts of the Donetsk region.

The project is worth over US $ 1 billion, making it the largest wind power project in Ukraine.

"The implementation of the project demonstrates a completely new and beneficial approach for the state in the development of the wind energy sector - the sale of generated electricity on the electricity market without a green tariff," WindFarm noted.

WindFarm intends to build the largest onshore wind farm in Europe to date. As the company specified, PowerChina's experience will make it possible to implement this project in the shortest possible time.

Ukrainian WindFarm deals with wind energy. He has developed wind power projects with a total capacity of 1.3 GW, of which more than 400 MW have been successfully commissioned.

Recommended:
Krukovka Carriage Works has sent a 1,500th mineral locomotive to a Belarusian customer
Volvo engineers dropped 10 new rescue vehicles from 30m height (Video)
Volvo to offer customers a full range of electric trucks in 2021
On this topic
Yuzhmash told whether it is possible to launch reusable rockets from the Black Sea
How the reform of the electricity market in Ukraine can lead to a collapse and what to do about it
Uz and Chinese CRCC has signed a Memorandum of understanding
Buy Russian electricity for six Ukrainian companies
DTEK has launched a new wind power plant in Zaporizhia region
Ukraine showed the Chinese company the investment potential of "clean " energy
Add a comment
Сomments (0)
News Analytics
German high-speed trains will ride on Ukrainian wheels30-11-2020, 16:26
Diplomatic squabble between Beijing and Canberra crashes coke imports into China30-11-2020, 15:53
The European Commission announced the reduction of industrial emissions by 2%30-11-2020, 15:43
Ukraine does not plan to release shells and cartridges in the coming years -30-11-2020, 15:59
UK investigates human death due to air pollution for the first time in history30-11-2020, 14:37
European Union scrap collectors worried about possible export restrictions18-11-2020, 10:41
Occupational diseases of workers in the extractive industry: types and ways to16-11-2020, 17:49
Eurofer expects recovery in EU steel demand05-11-2020, 09:47
Hot rolled carbon steel demand will continue to grow by 4% pa until 203004-11-2020, 16:14
Platts Steel Trade Review: China Will Decide Asia's Fate30-10-2020, 10:04
Sign in with: