The metallurgical plant reacted to the publication of "unreliable and unverified information" about PJSC "Dneprovsky Metallurgical Plant" and its alleged shareholder Rinat Akhmetov. 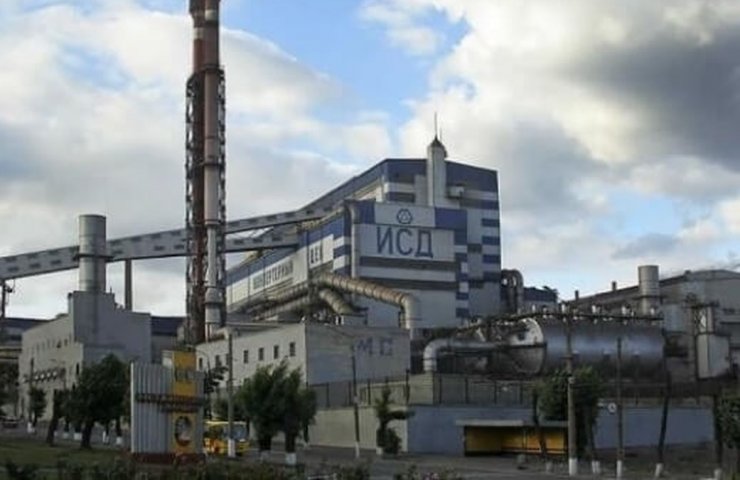 Dneprovsky Metallurgical Plant (DMK, Kamenskoye, Dnepropetrovsk Region) officially announced that all the shareholders of the plant are known, their list is public, and there is no Rinat Akhmetov among them, just as there are no SCM Group companies.

DMKd emphasized that the main shareholder of the Dnieper Steel Plant is the Industrial Union of Donbass Corporation, which owns a controlling stake.

Since May 2019, PJSC "Dniprovsky Metallurgical Plant" has been in bankruptcy proceedings, which was the result of previously accumulated problems. At the same time, in compliance with all legal requirements, the plant fully retained production, ensured employment of personnel with guaranteed payment of wages and timely payment of taxes to the budget.

Since October 2019, Dnipro Metallurgical Plant PJSC has applied a reorganization procedure that provides for specifics in the implementation of its economic activities, and is aimed at improving the financial and economic situation, as well as meeting in full or in part the claims of creditors by restructuring the enterprise, selling debts and assets and /or changes in the organizational, legal and production structure.

"Thus, the decision to sell social facilities on the balance sheet of the DMK was made strictly within the framework of the current legislation," the press service of the enterprise noted.

Regarding the emissions carried out by the enterprise, the representative of the DMK said that all gas purification plants operate in accordance with the design parameters. A company that is in bankruptcy cannot now apply more effective solutions available in the world for the purification of waste gases. The implementation of such projects requires serious investments. The decision can be made after the end of the bankruptcy procedure.

Recommended:
The metallurgical plant of Alexander Yaroslavsky is carrying out the reconstruction of coke oven batteries
The court seized the property and 100% of the shares of Motor Sich JSC
Chinese company modernizes Russian drilling rigs for the Ukrainian "Ukrgazvydobuvannya"
On this topic
How the reform of the electricity market in Ukraine can lead to a collapse and what to do about it
DMK refused tax exemptions for a preiod of quarantine
"Metinvest" has asked the AMC's opinion on the purchase of integral property complex of the ISD
On the Dnieper metallurgical plant completed the repairs of CCM-1
Head of Zaporizhzhya CI: Zaporizhstal owners are terribly concerned about Shurma's departure
The workers of PJSC "DMK " appealed to Zelensky with a request to nationalize the enterprise (Video)
Add a comment
Сomments (0)
News Analytics
The capacity of the domestic steel market in Ukraine in January-March decreased19-04-2021, 10:33
In Russia, there is an exuberant demand for agricultural machinery19-04-2021, 10:24
Iran is satisfied with the reaction of the world community to 60% enrichment of18-04-2021, 13:24
Gas prices in Ukraine have reached a record value over the past two years -16-04-2021, 17:24
Ukrmetallurgprom asks the Antimonopoly Committee to allow Metinvest to bid for16-04-2021, 17:23
World Steel Association predicts a good year for metallurgists15-04-2021, 18:19
World Steel Association defines green steel and its variations12-04-2021, 13:14
China unlikely to cut steel capacity in 2021 due to high steel prices07-04-2021, 12:11
Scrap metal market at the beginning of April02-04-2021, 11:10
Rising Chinese Prices Fueled Rising Global Steel Prices - MEPS25-03-2021, 18:54
Sign in with: