Electrotyazhmash was allowed to overhaul the rolling stock of Ukrzaliznytsia 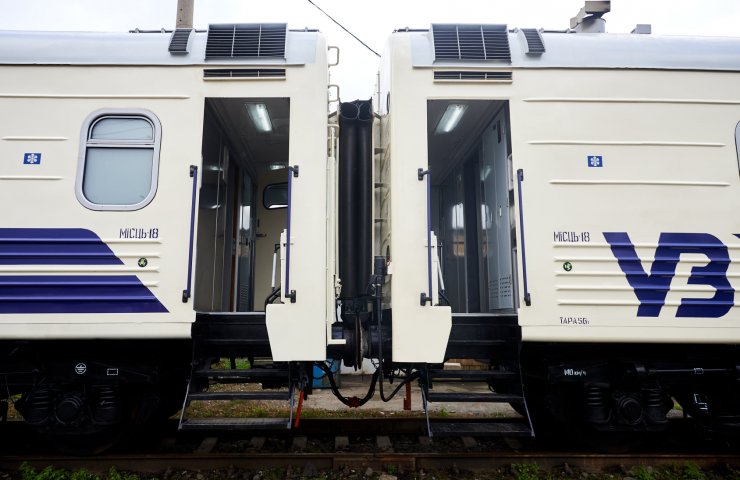 Kharkov plant "Electrotyazhmash" received an accreditation certificate for a period of one year for the right to maintain and repair traction electrical equipment of the rolling stock "Ukrzaliznytsia". The document was issued by the Branch "Scientific Research and Design Technological Institute of Railway Transport" of JSC "Ukrzaliznytsia".

In March of this year, a special commission visited the enterprise, which checked the production for the possibility of repairing traction electrical equipment. In addition, representatives of the Branch checked the technological and design documentation.

“The presence of the certificate confirms the ability of“ Electrotyazhmash ”to carry out at a high level repair work and maintenance of traction electrical equipment of the rolling stock of“ Ukrzaliznytsia ”. The document gives the plant the right to participate in the company's tenders. The certificate covers the range of products manufactured by Electrotyazhmash. Subject to the establishment of mutually beneficial partnership, we plan to consider the possibility of performing repairs of the nomenclature of third-party manufacturers ” Victor Busko, General Director of the State Enterprise "Plant" Electrotyazhmash ".

To date, the inventory of UZ locomotives is almost 3600 units, of which 1961 diesel locomotives, 1628 electric locomotives. The rolling stock of the company is worn out by more than 90%, so the company plans to invest 10 billion hryvnia in its renewal. Thus, the partnership between Electrotyazhmash and Ukrzaliznytsia has broad prospects.

Финансовая аналитика, прогнозы цен на сталь, железную руду, уголь и другие сырьевые товары. More news and analytics on Metallurgprom telegram channel - subscribe to get up-to-date market information and price forecasts faster than others.
Сomments
Add a comment
Сomments (0)
On this topic
A meeting with the leadership of Electrotyazhmash and Ukrzaliznytsia was held at the Ministry of
Electrotyazhmash announced the end of the crisis period and the beginning of recuperation
Central laboratory of PJSC "EMSS" successfully passed audit of the National accreditation
17 enterprises will be withdrawn from Ukroboronprom
In 2021, Ukrzaliznytsia plans to repair more than 300 locomotives for UAH 4 billion
Turboatom will grow by Electrotyazhmash: Kharkov plants were allowed to unite
Recommended:
Australia and the UK aim to catch up and overtake China in the battery metal sector
UK approves construction of new coal mine for the first time in 30 years
Sanjeev Gupta may lose control of his steel plants in Belgium
News Analytics
ArcelorMittal launches flagship carbon capture and recycling project in Belgium08-12-2022, 14:59
The South Korean government "ordered" the striking truckers to return08-12-2022, 11:04
India expands RoDTEP export incentive scheme to steel and iron08-12-2022, 10:28
Volkswagen Anhui's first pre-production NEV rolled off the assembly line08-12-2022, 10:17
Chinese steel exports up 28.2% - customs data07-12-2022, 23:43
Analysts predict 5% annual growth in the iron casting market through 203006-12-2022, 12:44
Commodity prices will fall, metals quotes will rise slightly - Focus Economics28-11-2022, 13:28
Platinum market to face shortage next year - WPIC22-11-2022, 18:25
Global steel demand falls and will fall by 2.3% in 2022: WorldSteel19-10-2022, 23:12
Iron ore prices fall to 11-month low15-10-2022, 10:36
Sign in with: