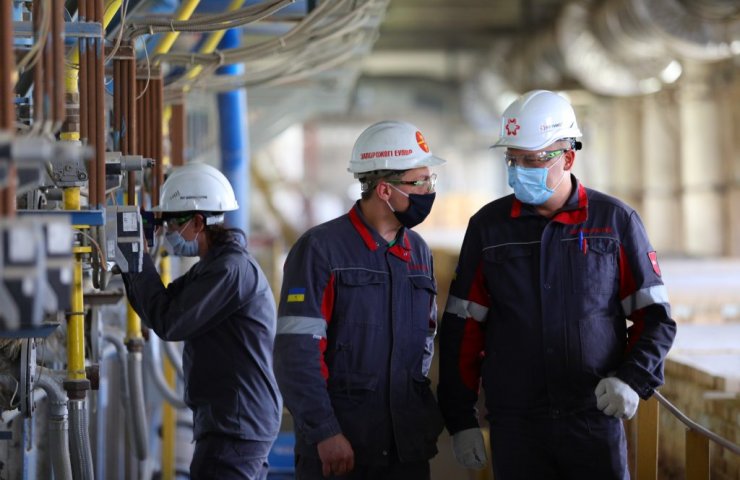 Metinvest B.V. (Netherlands), the parent company of the Metinvest mining and metallurgical group, together with its affiliated structures, became the owner of 100% of the shares of Zaporozhogneupor PrJSC, the largest refractory products manufacturing company in Ukraine, as a result of the squeeze-out procedure.

"Indeed, the " Metinvest "group, together with " Zaporizhstal "and another company, became the owner of 100% of the shares, " the press service of the group confirmed to the "Interfax-Ukraine " agency. p>

As reported, the Cypriot Barlenco Ltd., affiliated with the Metinvest group, in August of this year sent to the minority shareholders of Zaporozhgneupor PrJSC irrevocable offers of forced redemption of shares (squeeze-out) at a price of UAH 20 for each their par value is UAH 13.

Earlier it was reported that Metinvest has increased its stake in PrJSC "Zaporozhgneupor " to 50.79%.

Barlenco Ltd on July 6, 2020, in accordance with the law "On Joint Stock Companies ", announced its intention to exercise the right to compulsory redemption of shares (squeeze-out) from minority shareholders of PJSC "Zaporozhogneupor ". At the same time, "Zaporozhogneupor " on July 6 received a notification from shareholders on the achievement of the dominant controlling stake in PrJSC, which occurred on July 3, 2020.

"Between Metinvest B.V., PJSC " Zaporizhzhya Metallurgical Plant "Zaporizhstal " and Barlenco Ltd. an agreement has been concluded according to which Barlenco Ltd. acts as the subject of the exercise of the rights provided for in Art. 65 of the Law "On Joint Stock Companies " to make a demand (on the repurchase of shares of minority shareholders - IF), "- stated then in the message.

According to the document, Metinvest B.V. (Netherlands) before reaching the dominant controlling stake in the company owned 2 million 650.697 thousand shares. shares, which amounted to 45.385539% of the total number of shares (authorized capital) "Zaporozhgneupor ", metallurgical plant "Zaporizhstal " - 2 million 874,068 thousand pieces. shares (49.210123% of the authorized capital) and the Cypriot company Barlenco Ltd. did not own any shares in the company.

And it was clarified that then, in aggregate, the Metinvest group directly and indirectly owned 95.009040% of the shares of Zaporozhgneupor PrJSC.

It was also noted that the highest share price at which the claimant, his affiliates or third parties acting jointly with him, bought shares of the PrJSC within 12 months preceding the date of the acquisition of the dominant controlling stake - UAH 20 per ordinary a registered share of PJSC "Zaporozhgneupor ".

At that time, the "Metinvest " group confirmed plans to buy out shares from minority shareholders to the "Interfax-Ukraine " agency.

"Metinvest " is a vertically integrated mining group of companies. Its main shareholders are SCM Group (71.24%) and Smart Holding (23.76%), jointly managing the company.

LLC "Metinvest Holding " is the management company of "Metinvest " group.

"Zaporozhgneupor " is the largest enterprise in Ukraine for the production of refractory products and high quality materials. Manufactures fireclay, mullite-silica, mullite, mullite-corundum, periclase, periclase-chromite products, silicon carbide electric heaters and unshaped refractory materials. The company's products are widely used in Ukraine, as well as in the CIS countries, Europe, Asia and Africa.