This amount of investment is required for minimum compliance with the environmental regulations of the European Union, which is increasingly focusing on clean production at the importer. 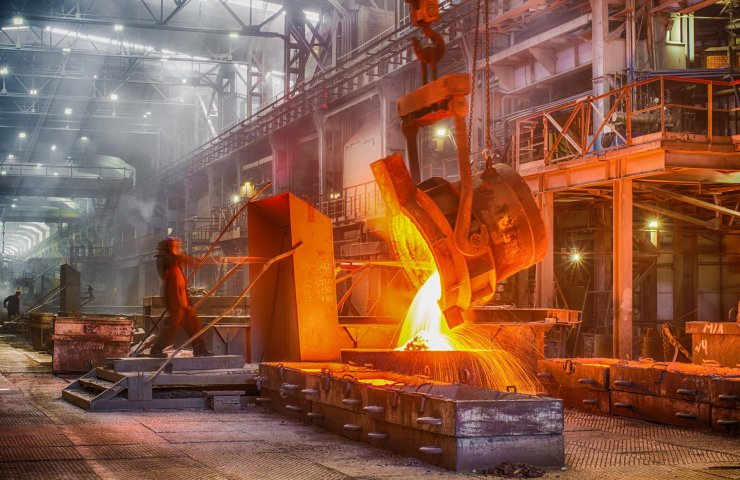 The Ukrainian mining and metallurgical complex (MMC) is experiencing a significant capital shortage. This was stated by MP Musa Magomedov. “The situation is aggravated by the fact that the new EU environmental policy dictates high requirements for the environmental modernization of production. Therefore, in 2021, metallurgists need to return the positive dynamics of capital investments, ”he said.

“One cannot count on the help of the state. There is no money in the budget to help industry. The temporary suspension of cooperation with the IMF has exacerbated the already difficult problem of covering the budget deficit. The country's investment attractiveness is also not up to par. Violation by Ukraine of its obligations in the situation with green energy does not add confidence to investors, "the politician said.

Magomedov also drew attention to the fact that the investment plans of Ukrainian mining and metallurgical companies indicate that in the near future they do not count on serious government assistance. Thus, Rinat Akhmetov's Metinvest group planned to attract $ 800-850 million in capital investments in 2021, which is 20-30% more than last year. Ferrexpo plans to increase its investment by 50% to $ 300 million. The company also announced its intention to invest $ 2 billion in pellet production by 2030.

According to the investment plans of the Interpipe company, by the end of 2022, 136 million dollars will be allocated for the development of production. ArcelorMittal Kryvyi Rih plans to invest more than $ 600 million in the development of the company in 2021-2023, plus investments in environmental modernization will amount to about $ 1 billion.

“Given the ongoing economic crisis, the figures for private investment by domestic companies are impressive. However, the need for investment is much higher. Ukraine's obligations under the Second Nationally Determined Contribution and overcoming the new EU carbon duty called SVAM will require at least $ 10 billion in investment from MMC, ”Magomedov said.

The politician expressed confidence that the Ukrainian metallurgists cannot do without the help of the state.

“The first thing that needs to be done is to create a state decarbonization fund, from which projects on environmental modernization will be co-financed jointly with private companies. The Fund can be replenished at the expense of 50% of the deductions from the emission tax. Thus, the industry will receive an investment resource, "the MP emphasizes.

Финансовая аналитика, прогнозы цен на сталь, железную руду, уголь и другие сырьевые товары. More news and analytics on Metallurgprom telegram channel - subscribe to get up-to-date market information and price forecasts faster than others.
Сomments
Add a comment
Сomments (0)
On this topic
Prospects for ship repair in Ukraine
The metallurgical lobby and the people's deputies of Ukraine demand a moratorium on the export of
MP Taruta said that Ukraine is in serious economic recession
Stopped nuclear power plants and mines. What's going on in the energy sector of Ukraine?
The crisis in the steel industry may lead to power crisis - MP
Yuzhmash told whether it is possible to launch reusable rockets from the Black Sea
Recommended:
ArcelorMittal Kryvyi Rih suspends production due to shelling of energy infrastructure
Ukraine delivered 86,000 tons of iron ore to Turkey in September - TUIK
The European Council added the violation of restrictive measures (sanctions) to the list of EU crimes
News Analytics
China's iron ore output to rise in 2023 as new projects are launched30-11-2022, 18:10
"Centravis" agreed to supply a new batch of seamless pipes to a30-11-2022, 16:51
Metinvest enterprises in Ukraine resumed work after massive shelling of29-11-2022, 11:59
The European Council added the violation of restrictive measures (sanctions) to28-11-2022, 14:22
The abolition of export duty in India may reduce the price of Turkish steel28-11-2022, 14:07
Commodity prices will fall, metals quotes will rise slightly - Focus Economics28-11-2022, 13:28
Platinum market to face shortage next year - WPIC22-11-2022, 18:25
Global steel demand falls and will fall by 2.3% in 2022: WorldSteel19-10-2022, 23:12
Iron ore prices fall to 11-month low15-10-2022, 10:36
China production cuts in winter will give limited boost to steel markets -15-09-2022, 10:09
Sign in with: