Rising purchase prices in the domestic and foreign markets pushed scrap collectors to increase the collection and supply of scrap metal. 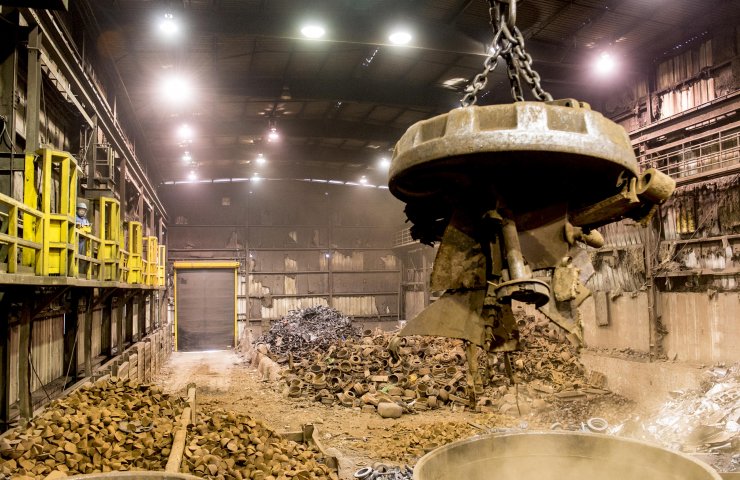 During 4 months of 2021, the volume of scrap procurement in Ukraine increased by 30.3% (about 1 million 240 thousand tons of ferrous scrap were procured).

According to experts of the association of enterprises UAVtormet , such a trend due to the high purchase prices of metallurgical enterprises, which were observed on the Ukrainian and world markets during March-April of this year.

Supplies of scrap metal to Ukrainian metallurgical plants in January-April 2021 increased by 22.3% compared to the same period of the previous year (up to 1 million 102.7 thousand tons). At the same time, the technological stocks of scrap metal at the enterprises are estimated at no less than 150.0-160.0 thousand tons.

Exports of scrap metal in January-April 2021 amounted to 87.0 thousand tons (a significant increase in supplies compared to the same period last year, when only 11.6 thousand tons were exported).

Финансовая аналитика, прогнозы цен на сталь, железную руду, уголь и другие сырьевые товары. More news and analytics on Metallurgprom telegram channel - subscribe to get up-to-date market information and price forecasts faster than others.
Сomments
Add a comment
Сomments (0)
On this topic
Scrap metal collection in Ukraine for 5 months of 2021 increased by 35%
Scrap metal collection in Ukraine in the first half of the year increased by almost one and a half
European Union scrap collectors worried about possible export restrictions
Six times more scrap metal was exported from Ukraine in January than in December - UAVtormet
Scrap metal procurement in Ukraine tripled in the first quarter of 2021
Foreign exchange earnings from the export of goods from the Donetsk region increased by 1.8 times
Recommended:
The European Union has sharply increased purchases of Russian titanium
India plans measures to stimulate domestic steel exports
Russia will allocate more than $700 million for the production of domestic aircraft engines
News Analytics
China's iron ore output to rise in 2023 as new projects are launched30-11-2022, 18:10
"Centravis" agreed to supply a new batch of seamless pipes to a30-11-2022, 16:51
Metinvest enterprises in Ukraine resumed work after massive shelling of29-11-2022, 11:59
The European Council added the violation of restrictive measures (sanctions) to28-11-2022, 14:22
The abolition of export duty in India may reduce the price of Turkish steel28-11-2022, 14:07
Commodity prices will fall, metals quotes will rise slightly - Focus Economics28-11-2022, 13:28
Platinum market to face shortage next year - WPIC22-11-2022, 18:25
Global steel demand falls and will fall by 2.3% in 2022: WorldSteel19-10-2022, 23:12
Iron ore prices fall to 11-month low15-10-2022, 10:36
China production cuts in winter will give limited boost to steel markets -15-09-2022, 10:09
Sign in with: