Within the framework of the agreement, it is planned to localize production in Ukraine at the level of 35%, which is planned to be fixed in a commercial contract. 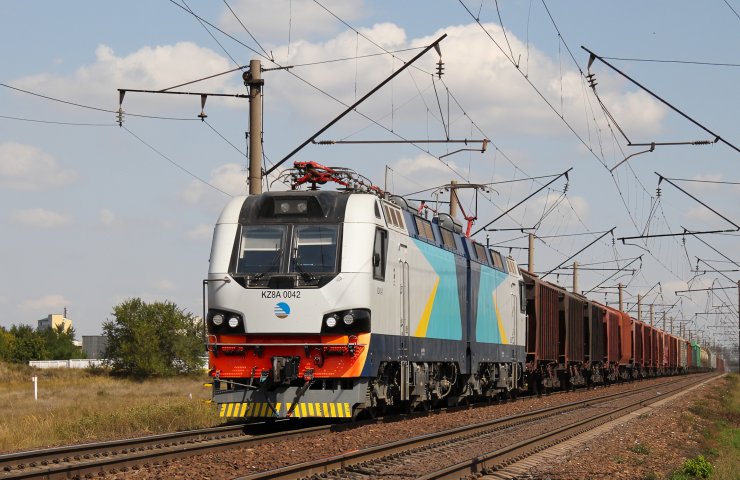 The agreement provides for the supply of 130 freight electric trains to Alstom. Of these, 80 - two systemic, and another 50 - one systemic.

According to Oleksandr Kubrakov, Minister of Infrastructure of Ukraine, Ukrzaliznytsia received very favorable credit conditions for itself.

“There is a catastrophic situation with electric traction in Ukraine now. Most of the electric locomotives were manufactured in the 60-80s of the last century, the degree of wear is almost 90%. This has led to the fact that the electric traction park itself is filled only to 60% of the total demand. This agreement is one of the first steps towards a real and not a cosmetic renewal of the fleet of freight locomotives. In general, we are now seeing great interest in such projects from investors from Germany, Switzerland, France and South Korea. The Ukrainian railway market is growing - and this is a chance for international cooperation on the most comfortable conditions, ”says the minister.

Within the framework of the agreement, it is planned to localize production in Ukraine at the level of 35%, which is planned to be fixed in a commercial contract. There will also be localized service by Ukrainian companies and training for Ukrzaliznytsia employees. That is, a significant part of the project financing will remain in Ukraine.

Recommended:
Gas price in Europe exceeded $ 500 per thousand cubic meters
The United States will allocate 200 thousand dollars for the development of cyber defense and cyber security systems of Ukroboronprom
China will limit speculation in the commodity market to ensure price stability
On this topic
This year Ukrzaliznytsia has restored 20 sections of electric trains
The French agreed to localize 35% of the production of Alstom electric locomotives in Ukraine
In 2021, Ukrzaliznytsia plans to repair more than 300 locomotives for UAH 4 billion
Ukrzaliznytsia has started the selection of candidates for the delivery of electric locomotives
DSS supported the idea of localization of production in Ukraine electric locomotives
Railways in 2020 will buy the 40 locomotives General Electric
Partner news
Сomments
Add a comment
Сomments (0)
News Analytics
Национальный банк Украины прогнозирует рост экономики в 2021 году на 3,8%29-07-2021, 23:32
"Electrotyazhmash" shipped the stator housing of the hydrogenerator to the29-07-2021, 18:00
Gas price in Europe exceeded $ 500 per thousand cubic meters29-07-2021, 16:43
German concern ThyssenKrupp sells its mining business29-07-2021, 16:22
We are working hard: Ukrzaliznytsia records record indicators of daily load29-07-2021, 11:56
Steel raw materials prices decline in all regional markets27-07-2021, 11:57
On the regional markets of metallurgical products, prices are balancing in a22-07-2021, 16:22
Demand for armaments will ensure a stable growth of armored steel sales by 4%20-07-2021, 10:10
Protectionist Measures Support European Steel Prices Despite Summer Lull19-07-2021, 11:02
Positive price growth is observed in the markets for metallurgical products16-07-2021, 14:12