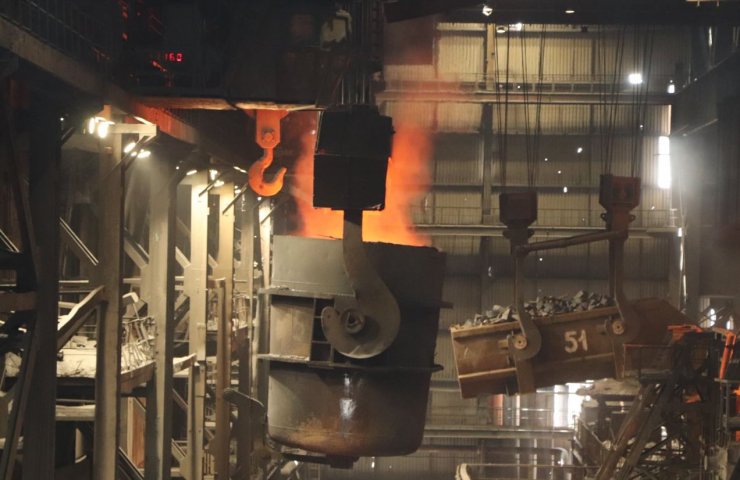 Dnipro Metallurgical Plant (DMK), formerly owned by the Industrial Union of Donbass (ISD), is put up for auction in an online auction through the Prozorro system. prud. Ukr. p>

Recall that earlier the metallurgical plant, which was in the stage of bankruptcy, sold social and cultural facilities - a sports complex with a swimming pool, the Palace of Culture and a dispensary on Dneprostroy. Interestingly, the children's camp "Lesnaya Skazka" (formerly "Dzerzhinets") in Tsarichansky District has not been sold, nor is the list of property of the DMK, which is now being put up for sale.

As you know, two business structures are still claiming the DMK - Metinvest B.V. (Metinvest) Rinat Akhmetova and a metal trading company, which is also associated with Akhmetov.

Previously, part of the plant's property - the blast-furnace shop - was already transferred to the Dnieper Coke Plant, which belongs to the same Akhmetov, on account of debts.

Public Joint Stock Company "Dneprovsky Metallurgical Plant" is one of the largest enterprises of the mining and metallurgical complex of Ukraine with a 132-year history of outstanding achievements.

PJSC "DMK" is one of the six leading metallurgical plants in the country in terms of production and sales of metal products. The plant is located in Kamenskoe, Ukraine.

In June 2021, DMK released 244,472 tons of commercial metal products, which is 1,616 tons less than the operational task for the last month.

Финансовая аналитика, прогнозы цен на сталь, железную руду, уголь и другие сырьевые товары. More news and analytics on Metallurgprom telegram channel - subscribe to get up-to-date market information and price forecasts faster than others.
Сomments
Add a comment
Сomments (0)
On this topic
AMCU requested the opinion of the companies on the obligations of Metinvest in case of obtaining
Metinvest is ready to pay more than 9 billion hryvnia for the Dnieper steel plant
Rinat Akhmetov told why they decided to pay UAH 9 billion for the Dnieper steel plant
Dnipro Metallurgical Plant claims that Rinat Akhmetov is not on the list of its shareholders
The workers of PJSC "DMK " appealed to Zelensky with a request to nationalize the
Metinvest will join the international research consortium for the recycling of industrial waste
Recommended:
EU new car market continues to recover in double digits
Ukraine reduced the export of semi-finished products from carbon steel by 70.3%
The European Union has sharply increased purchases of Russian titanium
News Analytics
China's iron ore output to rise in 2023 as new projects are launched30-11-2022, 18:10
"Centravis" agreed to supply a new batch of seamless pipes to a30-11-2022, 16:51
Metinvest enterprises in Ukraine resumed work after massive shelling of29-11-2022, 11:59
The European Council added the violation of restrictive measures (sanctions) to28-11-2022, 14:22
The abolition of export duty in India may reduce the price of Turkish steel28-11-2022, 14:07
Commodity prices will fall, metals quotes will rise slightly - Focus Economics28-11-2022, 13:28
Platinum market to face shortage next year - WPIC22-11-2022, 18:25
Global steel demand falls and will fall by 2.3% in 2022: WorldSteel19-10-2022, 23:12
Iron ore prices fall to 11-month low15-10-2022, 10:36
China production cuts in winter will give limited boost to steel markets -15-09-2022, 10:09
Sign in with: