Ukrainian seaports handled 66.1 million tons of cargo in 6 months of 2021

Most of all in the first half of the year, Ukrainian ports handled iron ore cargo, and the largest increase in cargo handling was shown by the port of Mariupol. 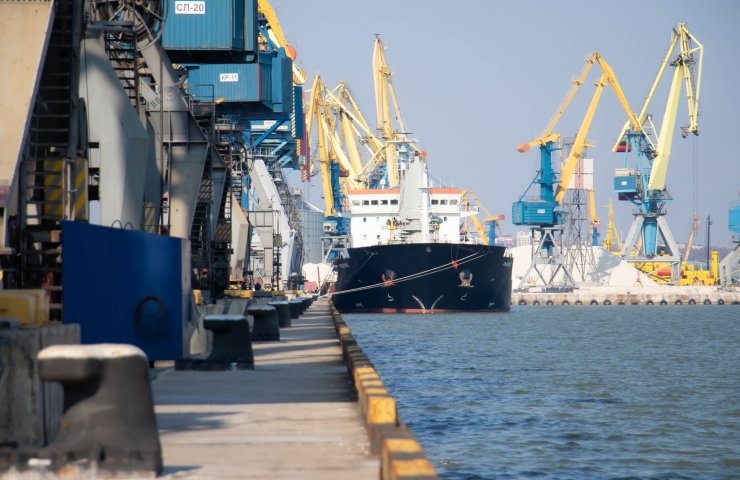 The Administration noted that the negative dynamics (the rate of decline compared to the same periods in 2020) of cargo transshipment in seaports is gradually and monthly decreasing: from 20% in January to 15% in the first half of the year.

Финансовая аналитика, прогнозы цен на сталь, железную руду, уголь и другие сырьевые товары. More news and analytics on Metallurgprom telegram channel - subscribe to get up-to-date market information and price forecasts faster than others.
Сomments
Add a comment
Сomments (0)
On this topic
"Naftogaz" has filed a lawsuit against the government of Ukraine for the issuance of a
China's largest steel producer to become even larger and number one in the world in terms of
From Ferrexpo retired marketing Director
The Ukraine-EU summit may be postponed again - the head of the European Commission went into
Belarus for the first time since 2011 began importing oil through Ukraine
A billion tons of cargo have passed through the port of Dubai in 10 years, and most of them are
Recommended:
China's crude steel production in 2022 falls for the second year in a row
Analysts confident of significant growth in global demand for galvanized steel
European steel price rise that began in January will be short-lived - MEPS
News Analytics
European steel price rise that began in January will be short-lived - MEPS26-01-2023, 14:44
Steel production in China rose in the first decade of January26-01-2023, 12:30
UK is ready to give 300 million pounds to save British Steel20-01-2023, 21:31
Carriage building plant in Kremenchug stopped production due to debts20-01-2023, 21:11
Europe's passenger car market records its worst year since the turn of the20-01-2023, 21:03
S&P: Russia will continue to dominate the steel export market in the Black05-01-2023, 11:22
Fitch Analysts Predict Big Drop in Global Steel Consumption This Year14-12-2022, 13:59
Analysts predict 5% annual growth in the iron casting market through 203006-12-2022, 12:44
Commodity prices will fall, metals quotes will rise slightly - Focus Economics28-11-2022, 13:28
Platinum market to face shortage next year - WPIC22-11-2022, 18:25
Sign in with: